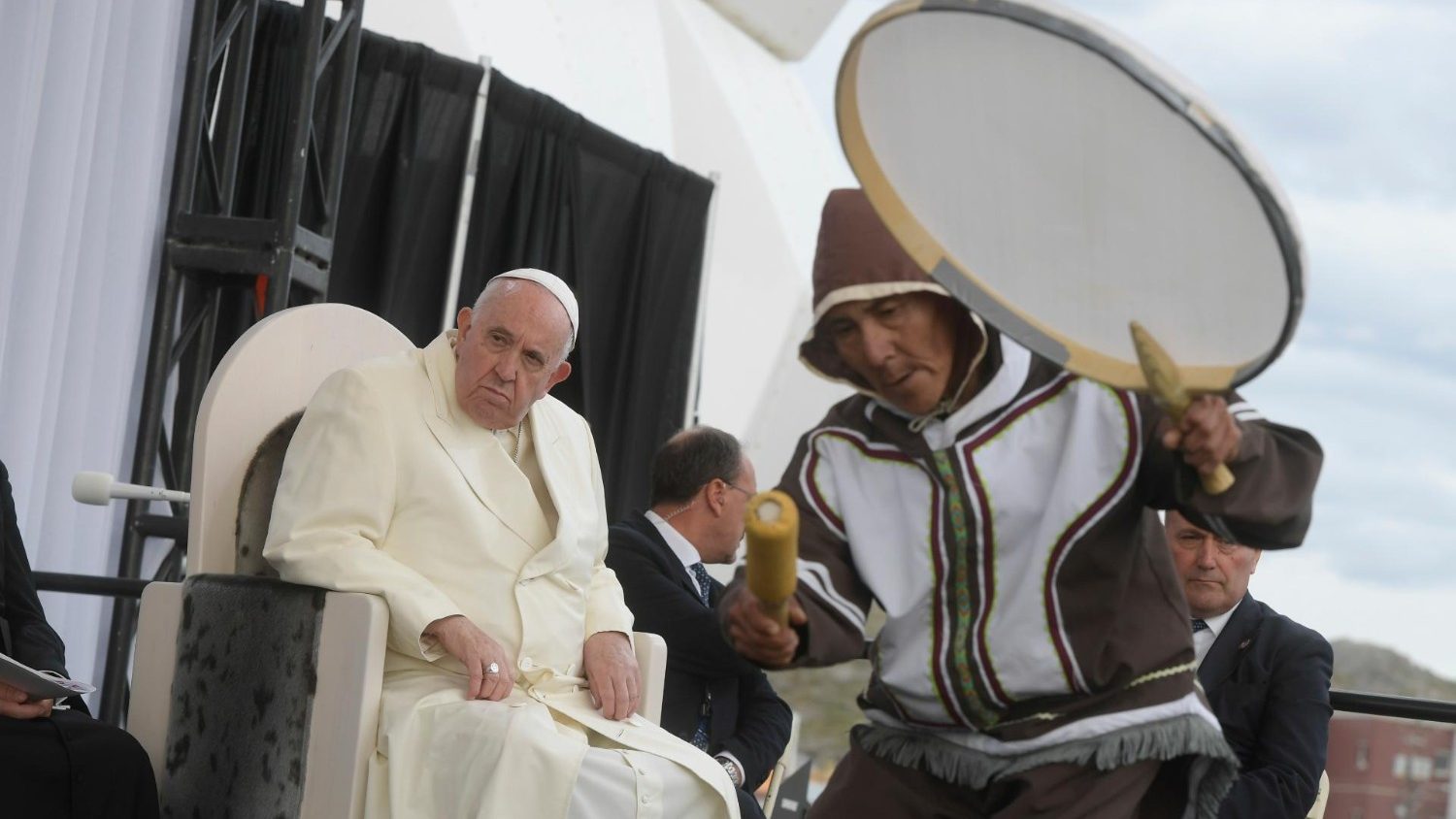 The Jesuit, author of La Civilda Católica and former director of the Vatican press office, retraces the stages of his atoning pilgrimage, praising Francis’ great coherence and unity. He focuses, in particular, on the last speech of the Inuit: “the masterpiece of culture”. “We are all good at words – he observes – but it is necessary to do it, culture. The Pope showed how it is done”

The day after Pope Francis returned to the Vatican from his 37th apostolic visit to Canada, we asked a question. Father Federico Lombardi YesWriter D La Civilta Católica and the former Director of the Holy See Press Office, commenting on its layout, style, contents and beliefs, to restore key positions.

Listen to an interview with his father, Federico Lombardi

What general assessment do you think you can express at the end of this penitential pilgrimage of Francis?

It seems to me that the journey has indeed achieved its goals, set out with great consistency and unity. He didn’t distract, he had a very precise, well-prepared guidebook. The Pope has done all he can by visiting places in this great country with a desire to work together with Indigenous peoples and the entire Canadian community to contribute to this reconciliation and build a reality. Reconciliation that looks to the future based on new relationships and fully respects the dignity and values ​​of each element that has become part of the creation of this country. The Pope was able to engage the entire community of the Canadian Church. It seems to me that the Pope has indeed embarked on a journey: a journey of repentance and recognition of sins and which is always a starting point for every true encounter with others and with God. Consecration does not live voluntarily but in a Christian way, with great faith in the Lord’s resurrection and the power of the proclamation of the Gospel.

The Pope knew how to weave his speeches into the memory of the evangelization of Canada: we think of the image of St. Francis de Laval, whom he himself canonized in recent years, and of all the Christian tradition brought by the first great missionaries. The age confirmed in the image of Sant’Anna. Thus he touched the heart of classical religion, popular but firmly established in the church. In short, the penitential journey that addresses the abuses or lack of respect for indigenous peoples and the very painful story of residential schools is interwoven with a thread of hope brought precisely by faith in Christ, through true proclamation. Good news.. and it has also reached the topicality of Canadian society. There are very obvious references to the problem of secularization of Canadian society, which has led to a weakening of how to face the phenomenon positively and optimistically. This was done to recall the commitment of recent Canadian writers: Taylor, one of the great Catholic scholars of secularism, and Lonergan, one of the great theologians of the last century, reflected deeply on the relationship between the Declaration of Faith. Culture Today. Thus, in evangelical history, Canada has both ancient and modern references that can provide answers to today’s problems or challenges.

On the flight back from Canada, Francesco talks about the just ended trip and colonialism old and new. He says he hasn’t thought about giving up yet, but plays it down: “Yes …

Pope Francis said the Church is not an idea to be imposed, but a welcoming house of reconciliation. Attitudes that fueled discrimination “die hard, even from a religious perspective,” he warned.…

Of course. With great humility and great determination, we must realize that these are discourses, principles and attitudes that need to be constantly renewed as they are constantly questioned and forgotten. We must never deceive ourselves that we have once and for all changed the heart of man and made him above every sin and every error. The Pope’s journey, the journey of the Church and all of us who try to follow this example of God, must always be started again, we must truly realize the mistakes we have made and try to heal the wounds that continue. In this regard, the theme of the discourse on the waters of Lake Sant’Anna is particularly poignant. We are faced with an evil that is constantly resurrecting in our history and we must be warned to constantly overcome its effects and manifestations. I believe that the Pope has given us a message of courage, faith and hope, but we should not believe that we have definitively resolved the issues. When will we build world peace permanently? There are always impulses like division, hatred, war and selfishness which we must constantly resist. Therefore, the theme of respecting the respect of others and not considering oneself superior is something that should always be with us. Something Canadian society has been experiencing a lot in recent years. The story of residential schools is a point that touches on a review of conscience about respecting a diverse culture and a form of education.

How can I refocus these Canadian days in light of what the Pope has said and done, and in light of the Apostolic Constitution? Praise the gospelA comment on building trust?

It is a theme that has been associated with the Church in a very continuous way since Vatican II and refers to all the cultures of the world: it is valid for Latin America, Asia and Africa. Naturally, a trip to Canada is experienced in relation to indigenous cultures and their values. In my opinion, the last address to the Inuit was a true masterpiece of commitment to culture, as the Pope openly referred to a key recent document on the values ​​of Inuit culture towards society and a changing world. He related it to the values ​​of the gospel. He did the work of weaving between the proclamation of the gospel and traditional values ​​challenged by contemporary times. And he did it specifically for the Inuit culture.

At the last meeting in Canada, Francis returned to apologize for assimilationist policies after listening to former students of residential schools share …

I found it very interesting. We are all capable of talking about culture in general terms, repeating it every day, but doing it requires taking seriously what a culture is and how it is expressed in everyday life. Also, how the proclamation of the Gospel can further improve what is in this culture, purifying the elements that can and must be overcome, leading to a more mature relationship and sharing with other cultures. For example, in a society like Canada, the wealthiest of people who come through immigration and come together in incredible ways, try to understand a value, associate it with the gospel, and share it by showing its importance. From the environment – current – point of view for example environmental education or preservation of relational values ​​in the family or between generations – here, it is a great job. I would say that the Pope gave us a concrete example. Then it must be deepened daily by the Canadian Church and by all people living in Canadian society.