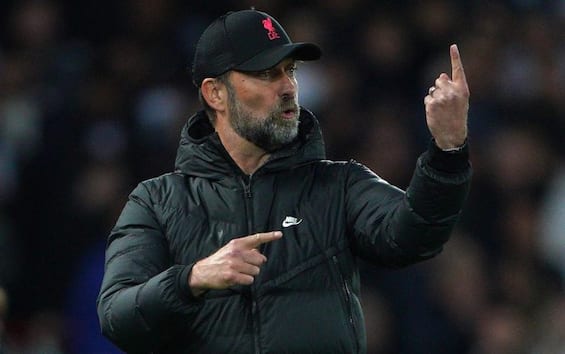 Tie that complicates plans Liverpoolwhich was obtained against Tottenham by Antonio Conte. The Reds made it 1-1 thanks to a goal he scored Luis Diaz In the 74th minute, after the guest advantage with Son Heung Min. At the end of the challenge despite the outcome, Jurgen Klopp He was pleased with his team’s performance in Sky Sports, but criticized Tottenham’s playing style: “I’m sorry, I’m the wrong person to ask about their playing, because I don’t like this kind of football. But this is my problem. I think they are a world-class club and therefore I think they should do more in terms of playing – the German coach explained – they captured 36%. But that’s my problem, I can’t train like that. Atletico Madrid does that. It’s all right, perfectly well, I can’t do that. I respect those who do, but I definitely don’tThen Klopp analyzed a file matchIt was the match we expected. It was clear that Tottenham would present themselves as always with a lot of quality in the singles and their classic style of play, it was clear that it would be difficult for us – said the former Borussia Dortmund – it is difficult to challenge a team with players and coaches World-class they play every three days, unlike the team that had seven days to prepare.”

“We could have won, but we also lost. We are in the race”

Then follow Klopp withMatch Analysis: “In the first half we said to take the initiative more and we were successful, but we conceded a goal. Nothing happened, then the boys kept calm and we scored the equalizer. We can win, but we can also lose with their deadly counterattack. Boys are more frustrated than me, it will be age.” Finally the Reds coach spoke about Racing Championship: “It’s an important point because it’s one more point than it was before the match, that’s it. We all know the situation. At the moment we are at the top of the table “The ideal scenario would be if everything stayed that way, even with Manchester City on points because we both lose the remaining games,” Klopp said. It would be great. But we all know that won’t happen.”