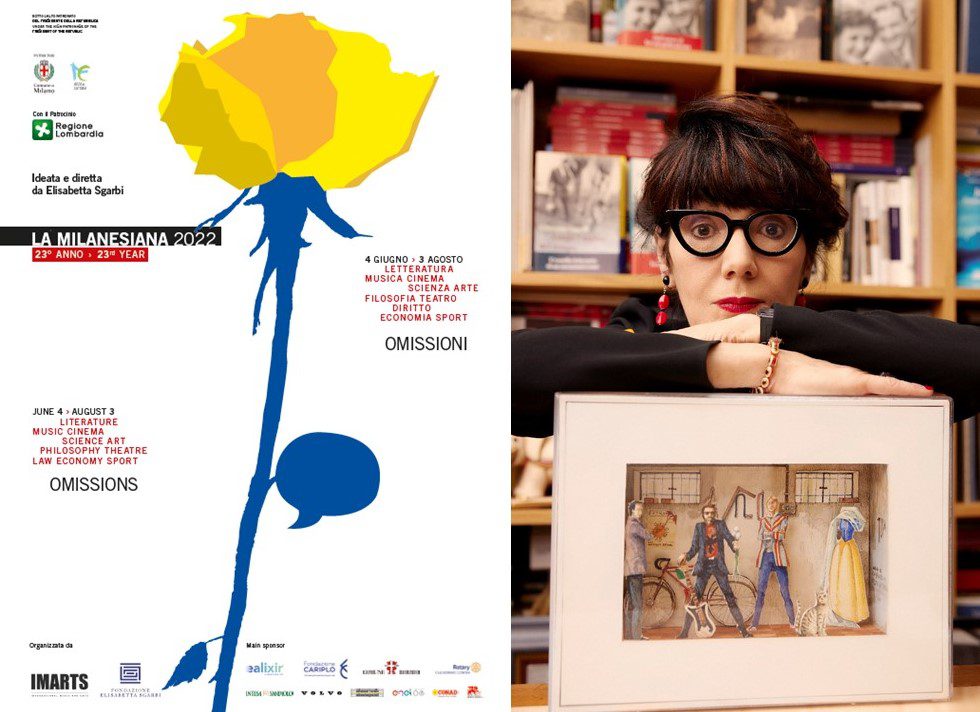 Designed and directed by Elisabetta Sgarbi

And an interview with PAOLO GIORDANO (Premio Strega 2008)

Handing over the city seal to Abdul Razzaq Jarna

Tommaso sashimi (Culture Adviser to the Municipality of Milan)

Melanesian Written and directed by Elisabetta Sarabbi. Arrive Monday 13th June at Piccolo Teatro Grassi in Milan (Via Rovelo, 2 – M2 Lanza) date with”strange sounds”, an event organized in cooperation with Bookcity and the Municipality of Milan.

The special evening kicks off with Abdul Razzaq Jarnathe only Italian stage and first public appearance after winning The Nobel Prize for Literature in 2021.

Qurna will see some passages from his new novel.runaway voices“, will be launched in the bookstores and digital stores of La nave di Teseo from June 14, and will be in dialogue with PAOLO GIORDANO (Striga Award 2008). During the evening, Abdul Razzaq will be given a jarna city ​​seal.

next, The party “Change!” by URI CAINEOne of the most famous pianists and composers of recent decades. The artist will guide the audience along a path that oscillates between classical, jazz and improvisation, in which the music is presented as unicum without fractures or boundaries, and is a display of dialogue between Beethoven, Thelonius Monk, Ten Pan Alley and Gustav Mahler. Wagner and George Gershwin, Swinging and Josep Verdi, passing by Bach and the Beatles. “They change!” It’s also the name of the song Uri Cain wrote to celebrate Octavius ​​Cato, a Philadelphia activist who fought for civil rights and advocated black assimilation in post-Civil War America.

It starts at 21.00. Free entry by booking on the link www.eventbrite.it/e/biglietti-abdulrazak-gurnah-paolo-giordano-uri-caine-strane-voci-350474146607.

The event will also be visible in the live broadcast on Corriere.it and on La Milanesiana’s Facebook channel.

Received the 2021 Nobel Prize in Literature. He has written ten novels, all of which are under re-publishing in La nave di Teseo: “Anniversary of Departure, Pilgrims Road, Dottie, Paradiso (Winner of the Booker Prize and Whitbread Prize)”Admiring the silence “,” On the seashore “ (Selected for a Booker Prize and a finalist in the Los Angeles Times Book Award),”desertion” (Commonwealth Book Award winner),”The last gift, “Heart Pebbles” And the “Fugitive Voices” (It was selected in the Walter Scott Prize and a finalist in the Orwell Prize for Fiction.) He is Professor Emeritus of English and Postcolonial Literature at the University of Kent. He lives in Canterbury. From the Swedish Academy’s motivation:The 2021 Nobel Prize in Literature is awarded to the novelist Abd al-Razzaq Qurna for his deep and uncompromising analysis of the effects of colonialism and the fate of refugees across cultures and continents.“.

Born in Turin in 1982, he holds a doctorate in theoretical physics and is the author of four novels, which have been translated all over the world:Isolation of prime numbers(2008 Strega Award and Campiello Opera Prima Award),The human body “black and silver” And the “devouring the sky”. About the epidemic published an article “in infection” Translated in more than thirty countries and a set of articles published in the Corriere della Sera: The Things I Don’t Want to Forget. He is among the creators of the series we are who we are And she worked for theater (galois, end of sentence: ora). Lives in Rome.

READ  Extreme heat and sex: what is the relationship between them?

Born in Philadelphia, he is one of the most eclectic musical figures of our time. At twelve he began studying piano. When he entered the university he was already the hero of the jazz scene in his city: he studied composition, attended literature courses and played with the great professors visiting the city. After moving to New York, he started his career as a soloist. His discography, vast and rich with works recognized as landmark, is noted as a central focus of contemporary musical history, able to compare different music, from the European classical tradition to jazz, electronics, clasmere and rock, qualifying Kane as one of the most intelligent and sensitive “architects”. for music today.

La Milanesiana is the largest travel festival promoting dialogue between arts and It returns this year with its 23rd edition dedicated to the OMISSIONS theme.

International festival weaves Relationships between literature, music, cinema, science, art, philosophy, theatre, law, economics and sports And that year after year she becomes more and more the hero of the novel Italian Summer.

From June 4 to August 3In fact, Milanisiana will arrive 20 cities different with behind 60 meetings and eventsAnd welcome more than 150 Italian and international guests.

As in all courses, art plays an important role in the festival that will be hosting this year well 9 exhibitions all over Italy, From June 4 to September 15.

The Rose by Franco Battiatowhich since the first edition is the symbol of La Milanesiana, Franco Acelli also reworked it this year.

Milanesiana is organized by Emirates International for Music and the Arts And the Elisabetta Sgarbi Foundationwith the Milan municipality care Based on Lombardy region.

Here you can download images, press kit and software:

Equal and impartial information, giving voice to all sources of information