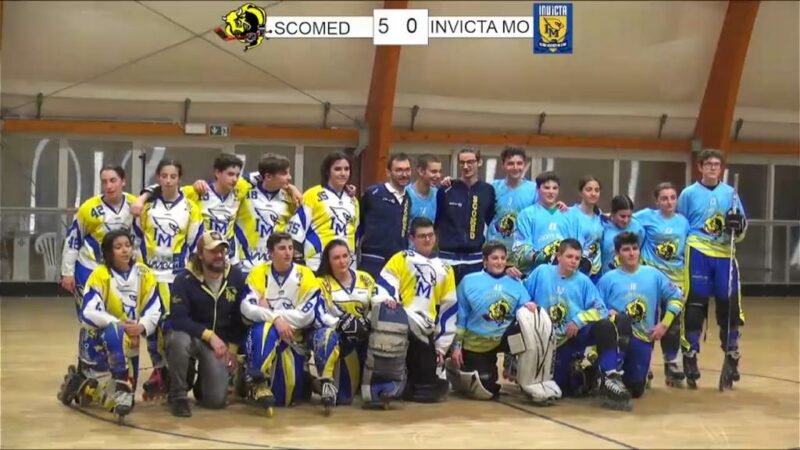 POMPORTO – On Monday 7 March, the U-16 Regional Championship match was held in Bomborto, in the new sports center: Scomed Bomportos faced the Modenese of the same class as the Invicta Skate.

It was a tough match in which neither of the two streets on the field gave up.

Scomed Bomporto, after this meeting, continues to maintain the center-table position: which is the set goal for this season.

This is today’s result:

in the picture: Scomed Bomporto and Invicta skate at the end of the match