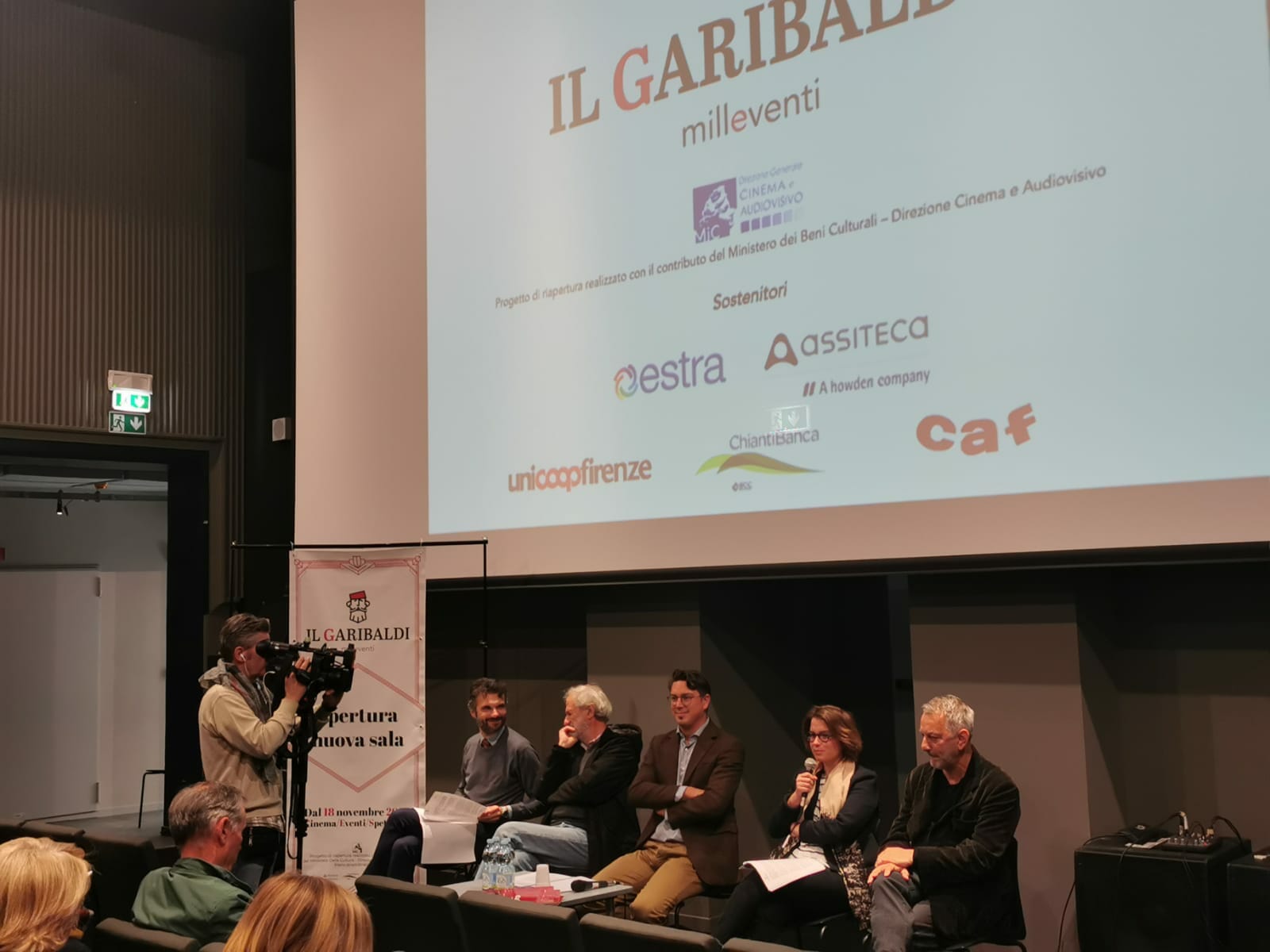 Il Garibaldi: from November 18 the new space in the heart of Prato

Il Garibaldi: from November 18 the new space in the heart of Prato for cinema, events and entertainment. Today the presentation by Mayor Matteo Bevoni and Claudio Bertini of Civico 69 (AUDIO)

On November 18, 2022, in a climate of macroeconomic uncertainty, with the hub of expensive energy, and the social and cultural crisis that followed the pandemic, Prato will be given new life in one of the city’s oldest cinemas.

At 9:30 pm, Ex Cinema Excelsior reopens with the new name Il Garibaldi / Milleventi, with the screening of “Everything was beautiful. The Paolino and Pabilito Story”, a documentary about football legend Paolo Rossi, directed by Walter Veltroni and produced by Palomar Productions, in collaboration with Vision Distribution and Sky.

Prato residents remember it as Sala Garibaldi, and for younger ones it was Cinema Excelsior. Closed since 2009, its history changed when in 2017 Civico bought 69 srl Claudio Bertini, Francesco Fantuzzi, Samuel Gaggio, Massimo Gramini, Angelica Locibello, Fabrizio Negro and Novo Po srl at auction. From there the process of redevelopment ends today also thanks to the decisive contribution of the Ministry of Culture – General Directorate of Cinema and Audiovisual, as part of the extraordinary plan to strengthen the circuit of multi-purpose cinemas and theaters.

Il Garibaldi / Milleventi is the name of the new room that sums up the connection with its history and introduces new multiple functions: a thousand possibilities to use the structure, first of all cinema, theater, concerts and also corporate events, meetings, courses, training, exhibitions, fashion shows and photography: a multifaceted and functional space to meet the needs of those looking For a place in the heart of the city designed to welcome and create special occasions.

Garibaldi is located within the Palazzo Buonamici Nencini classified by the municipality of Prato among the buildings of historical value of testimony and is the late 16th century result of the works of the union and the renovation of the various buildings owned by the Buonamici family between the 15th and 16th centuries. : the last stage of expansion goes back to the last owners, the Nencini, to whom the property passed in the nineteenth century; In 1906 on a project by Oreste Morganti of Prato, the inner garden of the building was closed off to create rooms suitable to host a cinema that opened in 1907 and which operated until its closure in 2009.

The project for the redevelopment of the space was supervised by the architect Carlo Carboni, born in Prato but adopted Florentine, an expert in acoustics, known for most of his work on the Sala Rossa Teatro della Pergola, The Teatro Goldoni, in acoustic correction projects for important Italian and foreign theaters but above all For Tenax and DeeJay Radio Studios. Alongside him is a team of designers: Paolo Bresci, Giovanni Corsi, Tommaso Guerra, Stefano Omeri, Michele and Marco Basaleva. The works, in a complex construction period like the one we are going through, were carried out by Edil for the structural part and Dabe Service for the engineering part of the plant.

There will be approximately 400 seats between the booths and the exhibition, and the projection system is of the latest generation, with laser technology, Dolby 7.1, capable of performing projections even on demand. The furnishings (armchairs and stage) can be completely disassembled if necessary, making the use of the space completely flexible. The redevelopment work included the complete rebuilding of the electrical, mechanical, plumbing and fire protection systems and the structural and anti-seismic integration of the roof slab and tunnel. Particular attention was paid to acoustics in terms of sound quality inside the room and insulation from adjacent buildings, through the use of insulating panels, sound-absorbing panels and anti-vibration trusses. In addition, great attention has been paid to the use of films by people with sensory impairments (hearing impaired and visually impaired), through the use of subtitles and audio description tools that will be provided to them while they participate in the activity.

To accompany Civico 69 srl in the opening of the hall, the presence of supporters such as Assiteca, Café, Chianti Banca, Estra and Unicoop Firenze, all the companies that have chosen to join the project from its first steps and that pretend to support them, is essential, how close they are to the interests of the Prato region.

Another theme aimed at supporting the memory of historical cinema and promoting its reopening is the newly established Anita Garibaldi Association.

The project aims to integrate the already rich cultural offering of Prato and weave as many relationships as possible in the territory, not only in the city but in the entire metropolitan area: the first of these collaborations was born with the Stensen Cultural Foundation in Florence which in 1959 carried out important work to promote research and the confrontational ethics of during the cinema.

The programming of Il Garibaldi films will establish its programming identity with the support of the regional agency Giglio Distribuzione di Firenze, and in collaboration with the Stensen Foundation of Florence, which researches the most mainstream independent cinema.

Even movie programming will certainly have different formats than that of a regular theater, which are envisioned as events, and in some cases scheduled for further re-runs but will not follow the usual movie theater format.

The program of the film will be published week by week on the website www.ilgaribaldi.it and on social channels.