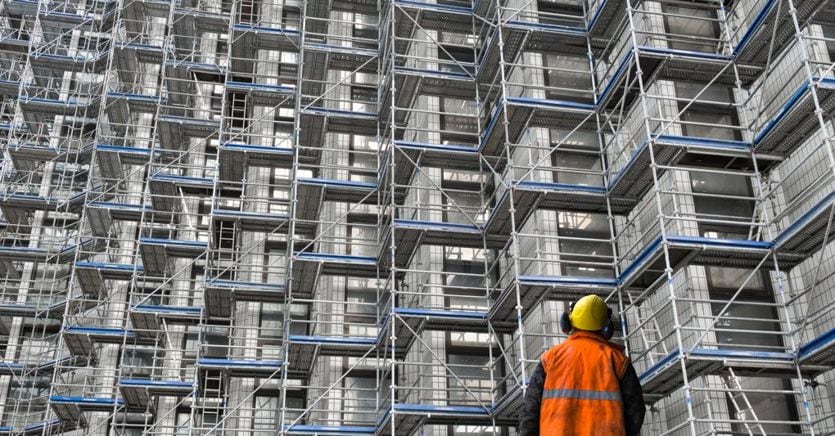 The European Commission presented its eagerly awaited legislative proposals for energy efficiency in public and private buildings here in Brussels on Wednesday 15 December.

The goal is to significantly reduce harmful emissions of a particularly polluted sector. The package is part of the “Fit for 55” environmental policy which aims to reduce carbon dioxide by 55% by 2030, compared to 1990 data.

From 2030 onwards, new private buildings must not produce harmful emissions (the date for public buildings has been brought forward to 2027). Concretely, this means that “buildings should consume as little energy, be powered by renewable sources as possible, and not have to emit carbon emissions from fossil fuels locally,” the commission explains in just-published documents.

Community proposals also introduce new minimum standards. The goal is to improve energy efficiency, ranked on a scale, from A (most efficient) to G (least efficient). In this regard, Brussels proposes that 15% of the shares of the worst performing buildings in each member country move from Class G to Class F by 2027 and to Class E by 2030 for public and non-residential buildings. Instead, they will have until 2030 to bring their degree to F and until 2033 to bring it to E.

The commission did not consider it necessary to introduce penalties (such as rent restrictions) in the event of non-renewal, denying alleged pressure from Brussels that spread in the Italian press in recent days. According to Articles 9 and 31 of the proposed directive, any choice is left to governments. In France, for example, a law passed in August states that owners cannot increase rents from 2022 and rent them from 2025 for homes that are more energy-intensive.

READ  Covid in the world, Brazil: Rio cancels street parties and parades for Carnival. France, Macron is very hard on No Vax