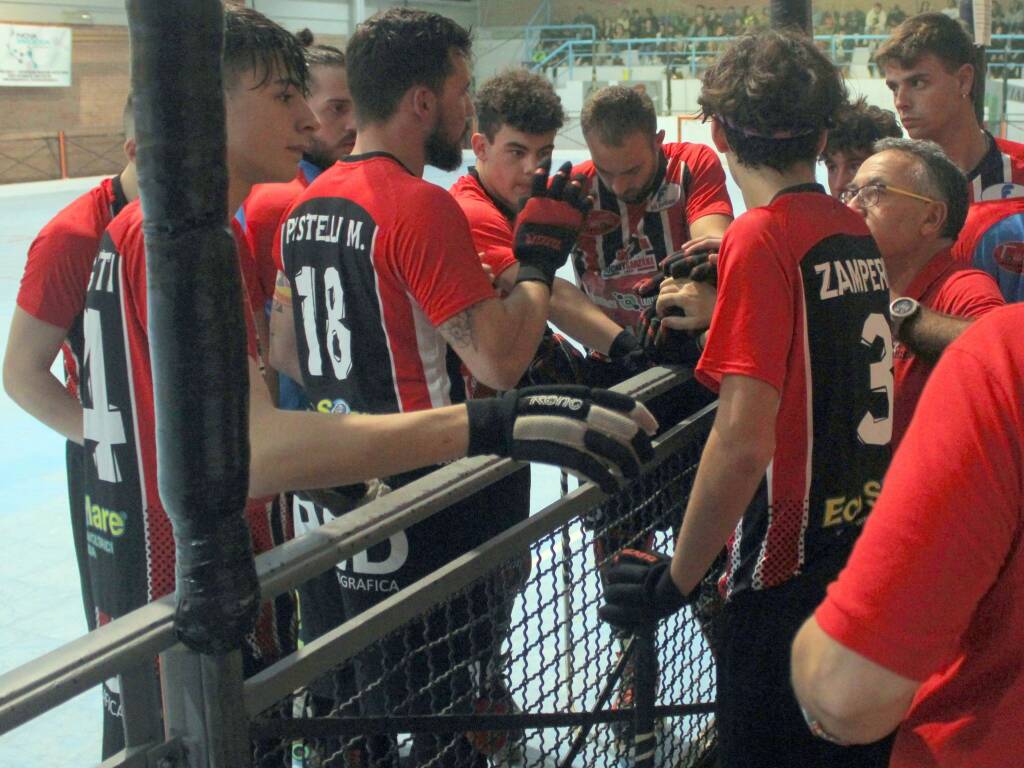 There was certainly no shortage of excitement at the Vecchio Mercato track as the “terrible kids” of Gamma Innovation Sarzana, led by Paulo de Renaldes from the bench, were reached in the final only by the highly-rated Forte dei Marmi. A large enthusiastic audience supported the young Rossoneri throughout the match. A formation, the Sarzana formation, made up of nine-tenths of the athletes who came out of the company’s nursery in Piazza Terzi, one “foreign” and only one Mirko Tognacca but now an adoptive Sarzanese for how he settled in the group and in the city. “I am excited about the result and for the great crowd at Vecchio Mercato who motivated the boys throughout the race, Forte dei Marmi is a great team, but we are continuing our project of making Cantera youth. The A2 Series is of vital importance to us, and its mission is to make all our boys grow definitively, And who in recent years have carried out the whole process in the youth teams, honoring the jersey and making sacrifices. We want to prepare for a generational change, an important institutional project in which I have involved Mr. Paulo de Renaldes and Matteo Pestelli, the captain, as well as the assistant coach and reference point for these men.” For the Rossoneri “farm” team, this is the third match of the Italian Cup group in Viareggio against Pumas Viareggio. (Pictured is the formation of the A2 Series by Gamma Innovation Hockey Sarzana)