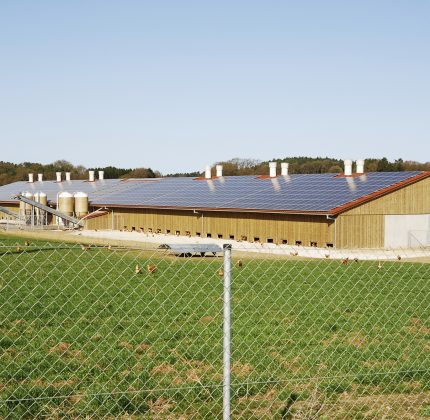 The Minister of Agricultural Policy signs the Agrisolar Park decree regulating the use of 1.5 billion for the solarization of buildings in the agri-food sector

(Rinnovabili.it) – The green light for incentives Agricultural PV. Signing the decree of the Minister of Agricultural Policies Stefano PatuanelliThe project Agrisolari Park Finally he comes alive. The initiative is part of the lines of action funded by the National Plan of Appeal and Residency (PNRR) and aims to encourage the installation of agricultural photovoltaics Without soil consumption. In detail, the intervention, with a total value of 1.5 billion euros, supports the installation of Solar modules on buildings for productive use In the sectors of agriculture, livestock and agro-industries. Target? Capacity to support 4.3 million square meters adding at least 375 megawatts of new green electricity.

The decree signed by Patuanelli contains the implementing rules for this measure. “Thus – the Ministerial Site Law – begins to diversify energy sources, and push renewable energy sources, which represent a central element to reduce energy costs incurred by companies in the sector.” The text has already been approved by the Conference of Governmental Areas but before proceeding with calls for resource allocation, you will have to wait for the approval of the European Commission.

In the meantime, Dicastery recalls how the intervention, by spending a contribution, would allow not only to build PV systems but also to cover any costs to rehabilitate and modernize the structures. Including removing asbestos from roofs or insulating and ventilating stables for the purpose of animal welfare. The decree specifies how to allocate 40% of resources to finance projects to be implemented in the regions of Abruzzo, Basilicata, Calabria, Campania, Molise, Puglia, Sardinia and Sicily.

Soon Mipaaf will also sign an agreement with GSE to delegate to the agency an enforcement role and certain functions of monitoring, controlling and reporting expenditures and targets.