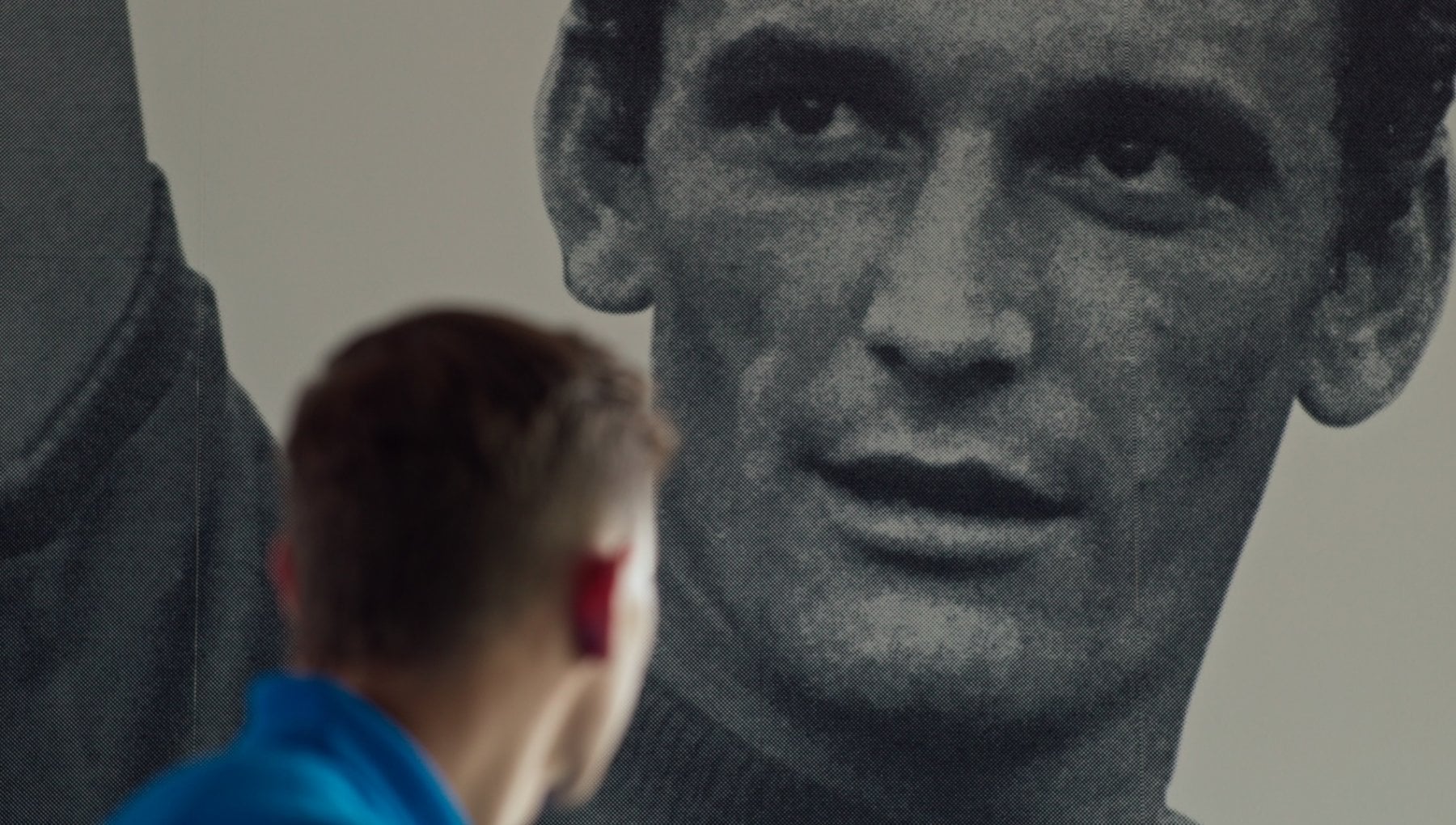 There is a man sitting on a white chair, a speck of smoke rising from his cigarette and filling the room. The blinds are clogged, so the twilight widens. That man Gigi Riva. He has not left home for some time, no longer sees his old friends, and the street frightens him. Riva has been battling depression for decades, it’s a game with more than two halves and no final whistle, sometimes you win, other times you lose.

It’s not the end of the story, it’s the story. It contains a lot of life, the life of a legendary hero of stadiums, a symbol of land and island, the power of a thunderstorm and more human frailty. very sensitive manager Riccardo Milanihe managed to make a long documentary that is an old chorus of many voices, including Gigi Riva’s silent voice who, however, lets himself go, disturbing nasal tone, a half fake that every balloon lover knows by heart. In our sky the rumble of thunder It is a business that we advise you not to miss for any reason, because you will find a lot there. The epic of a wonderful team, Cagliari, the actions of an unrepeatable footballer, the affection of his teammates who today, in their old age, have the faces of idols carved in stone and a pride untamed by time. You will find Italy between the sixties and seventies, dream and solitude. If you listen carefully, you will hear your father’s voice.

The documentary has classic power and combines De André and Sandro Ciotti, slightly fearsome mammoths with cowbells on them and the deep blue of the sea. Here we are telling about a child who lost his father and mother soon after, ran away from boarding school and immediately returned: where would he have gone, otherwise? A cool boy in football, brought to Sardinia where he thought he ended up as punishment, searching for Africa from a hotel window, then staying there forever. Sardinian kidnapping, yes: In fact, Gigi Riva has kidnapped the heart.

Feeling the roots is the powerful fabric of the action that recounts historical victories and broken legs, Homer’s duels and falls into the void. The miracle was to put Gigi Riva in the center of the scene, in that armchair, but also on Poitou Beach in the final unforgettable sequence, even the hero gives a faint smile. Faces and voices pass on the scene, the faces of the players of that adventure, Serra and Domenghini, Ricky Albertosi and Comonardo Nicolai, specializing in Special Goals, Bobo Guri and Tomassini, all sing, or singer, his exploits who came and did not run away.

The vision is suitable for romantic hearts, including leather cases for radios and barbershops. The “shepherds”, the “thieves”, as Sardinia were called, players and fans the same, redeemed themselves on trips to the continent. They are even more powerful in making people. Gigi Riva always has a dimple under his chin and that shade in his eyes. He remained a beautiful man whose rare words rippled, but deep in the ocean. “What I saw, it’s hard to say.” Then the pictures speak, this magnificent upside-down in the sky of Vicenza, head diving like a ram or a cannon and Italy’s Piazza Fontana, the scientist who goes to the moon. Football brings everything together and unites everything, it’s like throwing scraps of paper out of a bag. And this is how history goes way back and is remembered: How nice it would be if those who weren’t there, our boys, looked and understood what made our hearts beat faster when we all dreamed of being Gigi Riva. There was no child in Sardinia who did not ask for his hair to be cut and styled like him.

Barbagia, Supramonti, wandering spirits and loyal spirits. In the choir, the son of fisherman Martino who greeted Gigi in his childhood, and the fear of the tibia that came out of the sock in the shattered leg, Mexico 1970 and the vertigo that the moving Sandro Mazzola did not hide, saying to him “Gigioni”, so they called him because he was the biggest, biggest, strongest, most Courage “I am a footballer, I have been good and lucky enough,” Gigi Riva just whispered, I want to hug him and tell him how much we loved him, how much we love him and will love him forever.

READ  The most expensive cars destroyed in the movie: Top 3 cars - the world of cars