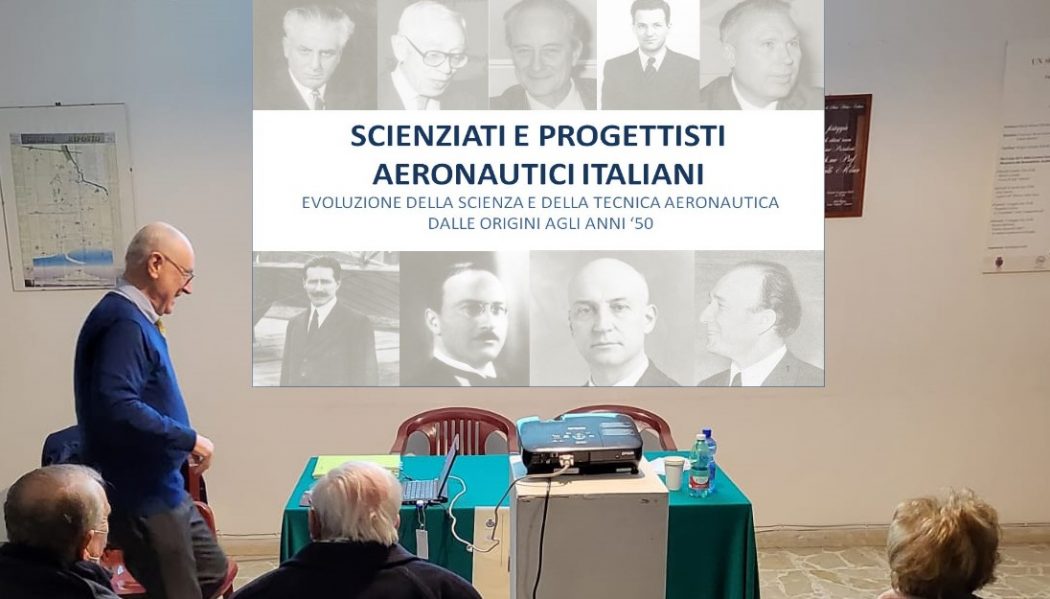 It was held at the Giarrese Society for National History and Culture, headed by Prof. Nicolò Mineo The first part of the conference by Eng. Isidoro Fresta with the theme: “Italian aeronautical scientists and designers – the evolution of aviation science and technology from the origins to the 1950s”.

This topic revealed a very little-known fact, which is important for the history of aviation, not only in Italy. The fact that amazed the whole world of scientific research in the field of aviation. A world made up of scientists, engineers and technicians who have made a major contribution to the advancement in this specific sector and whose value is always internationally recognized. In some cases, as in the field of hypersonic and hypersonic aerodynamics, Italian research in the 1930s was among the first in the world, and its results formed the basis for the launch of similar research in many other countries. The United States, in particular, formally recognized its fundamental importance and, after the end of World War II, brought the most prominent pre-war scholars to its research centers and universities.

All this scientific activity was made possible not only by the genius of individuals, but also by creation and gradual growth, both for high-level specialized university training, and through the creation of appropriate governmental structures, aimed at each of the essentials. and air research. Without forgetting, rightly, the constant exchange of activities and experiences with the world of the Italian aviation industry.

The main research structure, DSSE (Directorate of Studies and Experiments) was born in 1927 within the Regia Aeronautica Corps of Engineers and moved, in 1935, to the site of Guidonia (picture above), Where impressive and futuristic facilities were built, it was one of the first three in the world in terms of importance.

READ  Bagnoli, without a government for Città della Scienza the nightmare of the new delays

The first part of the conference focused on the pioneers of aviation science and design and, above all, on the development and results of training and research institutes and bodies. The conclusion drew the attention of those present to a brief illustration of the main Italians who made an important contribution to the advancement of aeronautical sciences, not only in Italy.

The second part, scheduled for a later meeting, will focus on the main Italian designers between the end of World War I and the 1950s.

Today Italy proudly lives the history of aviation, marked by the exploits of aviation pioneers, the dreams of willing men and pilots, and flights undertaken with great commitment.