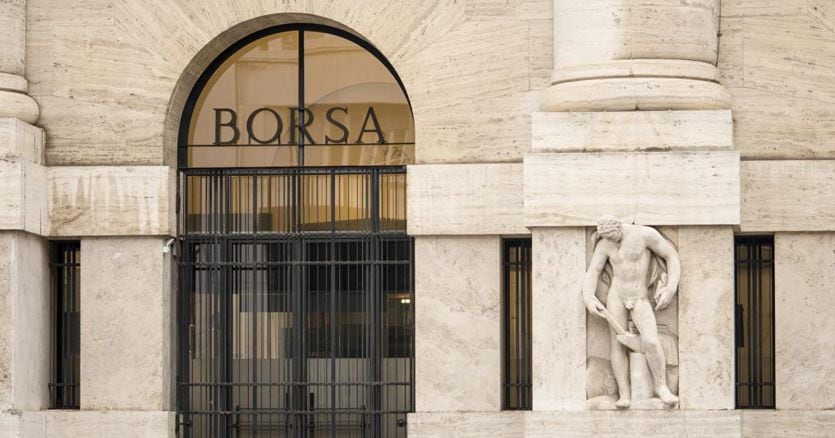 (Il Sole 24 Ore Radiocor Plus) European stock exchanges had a positive weekly close thanks to the performance on Friday 24th June which saved the octave balance. In Avary Arena, the Ftse Mib scored +1.5% compared to last Friday’s close, when the Stoxx 600 Europe scored +2.4%. In line with Milan, Madrid (+1.2% Ibex35) moved in, while London (+2.7% Ftse100), Paris (+3.2% Cac40) and Amsterdam (+3) fared better. 9% Aex). The exception is the Frankfurt Stock Exchange, which closed the week practically unchanged (-0.1% on the Dax40). At the sectoral level, goods pushed tariffs (-4.9%) with recession fears, while technology (+5.4%) and personal goods (+5.3%) rose well.) As for the titles, they were one Saipem Black Week Which left 44.9% on the ground: announced Wednesday the terms of the €2 billion capital increase that will start on Monday. Also negative performance was Tenaris -4% and Eni -2.9%, which is the major shareholder of Saipem and has pledged to cover the part responsible for the capital increase. Nevertheless, the results were positive for the pharmaceuticals Diasorin (+7.6%), Recordati (+7.3%) and for Ferrari (+7.4%).

Redemption session for European stock exchanges At the end of a week of intense anxiety and uncertainty, European listings reached their lowest levels of the year. In Avary Arena, the Ftse Mib Index is up 2.33%, in Frankfurt, the Dax40 is up 1.6%, and in Paris, the Cac40 is up 3.23%. At the continental level, most sectors, with technology, media and pharmaceutical industries at the forefront, performed positively. The positive trend in Wall Street gave more support in the afternoon, allowing European indices to extend compared to the morning. Then the US stock market closed the last session of the week with the Dow Jones up 2.69%, the Nasdaq up 3.34%, and the S&P 500 up 3.09%.

After Federal Reserve Chairman Jerome Powell’s speeches in the US Senate and House of Representatives in which he reiterated that the central bank’s commitment to inflation was “unconditional” and that the United States had “great strength”, which had “fully recovered”, Christine Lagarde, president of the European Central Bank, said the increase In inflation is a serious concern, the situation is serious but not desperate, stressing that “the European Central Bank will maintain” an orderly transition of our monetary policy throughout the eurozone. Meanwhile, the Central Bank of Beijing (PBOC) increased liquidity injections into the banking system (Nearly $9 billion is in operation today.) Meanwhile, Italy’s Treasury has put 4 billion BTp in the short term by 2024 with yields rising sharply to 1.63%, up 86 cents from the previous two-year bond auction. Demand totaled 6.33 billion euros, with a supply/demand ratio of 1.58.

Wall Street is bullish towards a positive week

Wall Street, as we mentioned, finished the week on a positive note, which is a fairly rare event in these tough first six months of the year. Thursday, June 24 closed the session higher, after reassuring markets with words from Federal Reserve Chair Jerome Powell, who reiterated that the central bank’s commitment to inflation was “unconditional” and that the US had a “very strong” economy. , which “fully recovered”. During his testimony before the House Financial Services Committee, Powell said that inflation in the US is “the result of very strong demand” and that the Fed is “using its tools” to rein it in. Then Powell said, “You could have a strong labor market while inflation is low.” He had declared on Wednesday 23, before the Senate Banking Committee, that it would be “extremely difficult” to control inflation without causing a downturn in economic activity; Yesterday, however, he declared that a recession is “not inevitable.” He emphasized that the central bank will continue to raise interest rates until inflation returns towards the 2% target. After it was decided to raise 75 basis points last week, the largest since 1994, it is also likely to raise interest rates by 50 or 75 basis points at the end of July. Today, the macroeconomic agenda forecasts data for Existing Home Sales (+10.7% in May, above expectations) and the final reading of Consumer confidence From the University of Michigan for the month of June (down to 50 points, after 50.2 from the initial reading, down from 58.4 from the final reading in May, versus expectations for a confirmation of 50.2 points). The latter may be particularly important to investors, as Powell said the sudden drop in the initial June reading was one of the reasons the Fed raised rates by 75 points after the last meeting.

READ  The new Abarth Pulse 2022-2023, a great SUV for the return of the legendary Scorpion

Another session of passion for Saipem

In Avary Arena, Saipem went in reverse (-21.81%), in the third consecutive session of emotion after announcing the terms of the €2 billion capital increase that will start on Monday. A day of purchases, on the other hand, for Recordati (+7.64%), which finished at the top of the Ftse Mib, followed by Interpump (+6.64%) and Italgas (+5.3%).