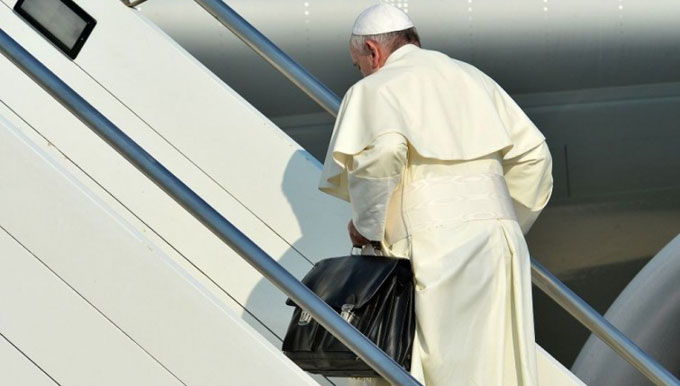 The Pope’s presence at the invitation of the Conference of Bishops. President Poison: “Let this be a milestone on the path to reconciliation.” Date to be fixed

The date will be determined Later, however, the pope already had the option of an apostolic visit to Canada. It was announced yesterday, September 27, by the Holy See, announcing the invitation received from the Council of Canadian Bishops. A note from the Vatican Press Office says that Francis, who was placed on a trip “placed in the context of the pastoral process, which has been standing for some time to reconcile the indigenous peoples taking place”. The Canadian bishops have expressed their gratitude to the pope through the bishops’ conference yesterday as they accepted their call to define it as “a pilgrimage of healing and peace”. The Council of Bishops, which is waiting for this meeting, is reminded that a delegation of Indigenous peoples of Canada will travel to the Vatican from December 17 to 20. Ahead of the final meeting that the Pope will give to all on December 20, three different delegations will attend, each of whom will hold a private meeting with Francis.

This was before last summer More than a thousand unnamed graves with the remains of children were found near residential schools for children of tribal families. From 1883 to the 1960s, it is estimated that about 150,000 children in one of the 139 schools distributed across the country were forced to study by hunger, cold, at least disease, hunger, and cold. 4 thousand children and adolescents have died. Following those findings, Raymond Poison, President of the Council of Bishops, stressed in a note released yesterday that “Bishops of Canada continue to engage in meaningful discussions with indigenous peoples, especially those affected by residential schools. Suffering and challenges continue. Pope Francis’ visit to Canada may be significant on the path to reconciliation and recovery.” Pray – he adds.

They are right Leaders of the first countries to invite the Pope to Canada, “to apologize directly to the survivors and their families.” The visit to Rome in December was organized in close collaboration with national aboriginal organizations and other partners. In Rome, the aboriginal group will have the opportunity to “open their hearts to both the Holy Father and their sufferings and their hopes and desires for his final visit to Canada,” Boyson explains. Meanwhile, in recent months, Canadian bishops have already announced a joint funding pledge nationally – $ 30 million over five years – to support and support efforts aimed at improving healing and reconciliation paths for survivors.