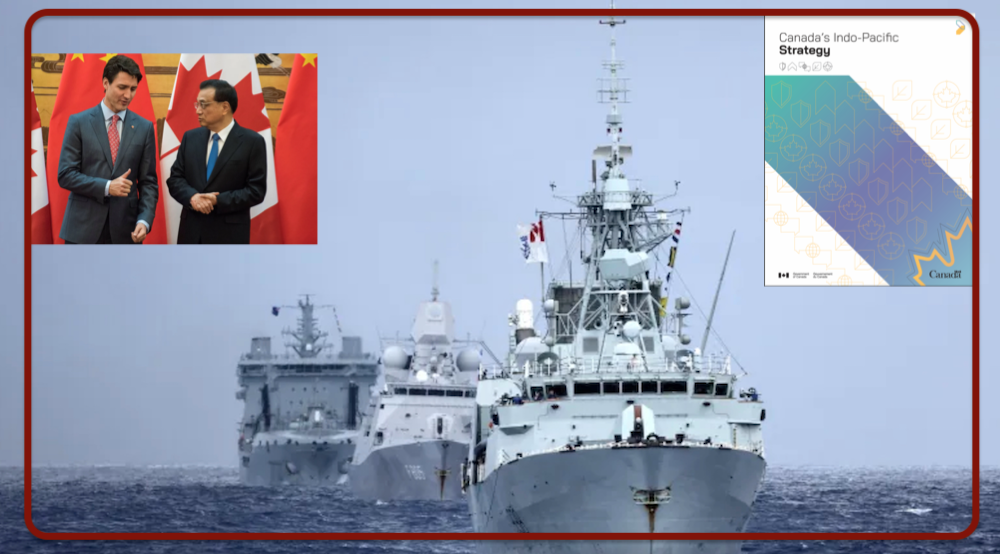 Ottawa unveiled its long-awaited Indo-Pacific strategy. The earlier Asia-Pacific idea was born in an era of expansionism, inclusive multilateralism, open regionalism, engagement with China, dreams of cooperation and global security, and the end of the Cold War.

The Indo-Pacific era is the result of great power competition, protection of technology and trade, fragmentation of globalization, strengthened alliances, alliances of like-minded people, rules and an international order based on the early Cold War.

The strategy’s commitment of C$2.3 billion over five years covers 27 different projects. $750 million for infrastructure projects filtered through the new U.S.-led G7 deal, including a third warship in the Indian Ocean and greater participation in military exercises, $550 million for an increased military presence and $225 million for strengthening public security are the most important items. Cyber ​​security at home and in Southeast Asia.

$100 million is planned for trade promotion and diversification activities, $100 million for diplomatic capacity building, and $350 million for various development assistance programs, including people-to-people links, grants, networking, and a new office in Southeast Asia.

Although it may not be followed by significant impact, this strategy indicates sincerity of commitment and long-term investment in knowledge and networks for a sustained presence in the region. The strategy indicates that Canada wants to play a new regional game by focusing more on alliances and partners that share its values.

Words about China have changed significantly from the vocabulary of engagement over the past 50 years. China today is labeled as assertive and repressive, the “most disruptive global power,” subverting the existing rules-based international order and threatening Canadian interests and values. The document highlights Beijing’s unilateral actions, foreign interference measures, coercive economic instruments, arbitrary sanctions and dangerous state-owned enterprises.

The strategy calls for closer cooperation with the Five Eyes, NATO and international organizations to strengthen cyber security and protect against intellectual property theft and, internationally, to monitor and counter Chinese assertiveness. Building on the previous 4 Cs approach – coexistence, cooperation, competition and challenge – the new strategy argues that Ottawa will “compete with China when appropriate and cooperate when necessary”.

It builds on specific steps already taken, including a ban on Huawei 5G, a rejection of Chinese investment in strategic minerals, a House of Commons resolution on the Uyghur genocide, public criticism of Hong Kong’s national security law and a recent announcement. Advice on possible registration of foreign agents. The basis of the strategy is that a domestic wave of public negativity toward China, relentless media criticism, and policy tightening by the United States and other like-minded countries have created a new consensus in Ottawa.

It does not use concepts such as “migration to friendly countries”, “dismemberment” or “genocide”. It is silent on the need for an industrial policy to counter techno-nationalism and the rise of China. It will not continue A member of a quad or caucus.

The document hails the diversification of trade “beyond” and “within China” while underlining the new risks of doing business in China. The document recommends cooperation and dialogue on existential issues such as climate change, biodiversity loss, global health and nuclear proliferation.

The foreign minister is underlining the virtues of working with China, creating channels for dialogue and ensuring China’s inclusion in existing institutions. Rhetorical reference to India’s growing importance focuses on economic and immigration issues, but not on strategic or human rights issues.

READ  Isolation for those coming from Canada, St. Moritz races are at risk

Reactions so far have included mainstream media support, claims by China hawks that the strategy is inadequate, fanfare from Japan, proposals for a Canada-US strategic dialogue on the Indo-Pacific, and Chinese taunts about the loss of Canadian independence.

Reactions in Southeast Asia will be particularly important. The strategy emphasizes the centrality of ASEAN and almost half of the 27 specific programs have Southeast Asian elements. So there is no doubt, That Canada is moving closer to its American allies and away from a regional middle power role.