Maghrebis, Egyptians, Tunisians, Albanians, Moroccans, first and second generations: from the outskirts of Bastogi landed in the tournament the eleven men in the third category. multiracial team, Lion Bastoji, which was born out of a socio-cultural project and aims to create an element of identity cohesion for the residents of the area, to promote redemption – especially for young people in conditions of economic and social deprivation – and to encourage the development of a different image of a housing complex, characterized today mainly by news stories and decay. Asd Bastogi players are between 16 and 25 years old. yellow home game shirt. The square, in the center of the area, is visible from the windows of the surrounding buildings. The tournament is scheduled to start on October 23, which includes 42 teams between Rome and the province, and the teams will be divided into groups starting next week.

Like Corviale’s Miracoli Fc, who has been playing in all categories since this year, Asd Bastogi is a candidate to represent the western region of the capital in the football competition. And it’s not excluded, given the regional proximity, that the two teams – both born out of the Social Recovery Project – could meet in a regional derby. However, the overall project goes beyond football and includes a solidarity shop and help desk for the right to housing. The store is located in a building owned by the Apostolic Institution of Via Eduardo Giuseppe Flanagan Where a repository will be created to store social expenditures. Thanks to the database, the audience of beneficiaries will be determined: each family will have a monthly budget for points with which to access basic necessities. However, the store will also be a meeting place: a bulletin board will be provided for job offers and the organization of neighborhood meetings and parties. At the same time, with the general store, a help desk for guidance and assistance with housing problems will be launched: it will be active four days a month, and it will be established alternately in the popular buildings of Pastoji.

READ  Bonucci, Belotti and Braggi leave the resort. Many youngsters for Roberto Mancini - or any sport 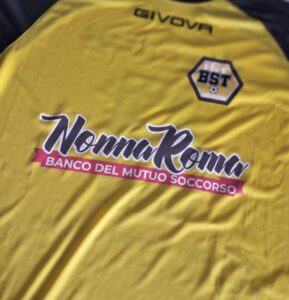 “This is an intervention of a comprehensive and detailed nature, trying to meet the material and immaterial needs of the residents of the neighbourhood, continuing the work that has begun and focusing on community development and building a new narrative for this surroundings,” explains Alberto Campilla, President of the Nuna Roma Association, one of the project partners. “Pastugi – adds Kambayla – is a forgotten suburb of the capital, with a structurally precarious housing situation but has never been interested in politics as much as the media. In the complex of six buildings, today about 2,000 people live, but the data is consistent with estimates in the absence of Real census, under conditions of social and economic marginalization. The neighborhood has become the set of the two films in recent years From the series “Come un gatto in tangenziale”, but despite this, there is a lack of genuine interest in the needs of the territory and a narrative that emerges from the discourse of dissolution, the restoration of dignity to the population”.

The project “Santa Maradona” Supported by the Capital Periphery Program of the Charlemagne Foundation, it is implemented by Aurelio in Comune – which for more than two years has implemented a mutual aid project for outstanding expenditures in the Territory – and is implemented in collaboration with Action Rights in the Movement, Amka onlus, Ecpat Italia onlus and Grandmother Rome. Submissions are scheduled for Sunday, October 2 at 6:30 p.m. in Pastogi.

Also read other news on Nova News
Follow us on Nova News’ social channels at FacebookAnd the TwitterAnd the LinkedInAnd the Instagram, cable