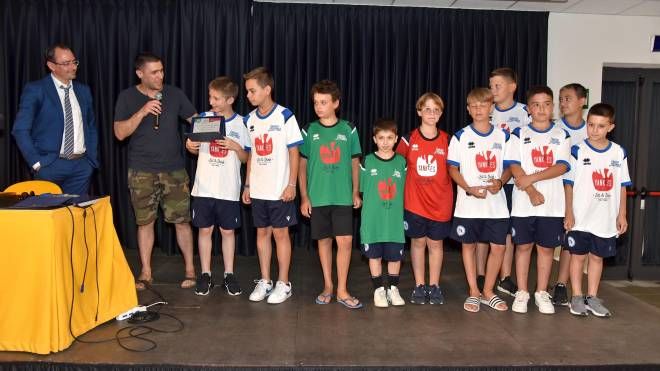 A long overdue and well deserved final. Because Follonica is increasingly becoming “hockey city”. Indeed, on Friday afternoon, in the Tirreno Chamber, the municipal administration, headed by Mayor Andrea Benigni, awarded all the Gulf teams that have achieved outstanding results in the competitive season that has just ended. The municipality wanted the Awards Ceremony which with this gesture wanted to emphasize once again the great work done by the Partnership on Via Sanzio. Two tournaments have just been won: the U-17B squad and the U-11 squad. But we must not forget the second place for the U-13 squad and the fourth place for the other Under-17 squad. In addition to winning the Serie B Championship, and the subsequent promotion to Serie A2. Excellent results once again reward a club that places great emphasis on the youth sector, the true lifeblood of all sports. An excellent season also for the A1 team who, despite not winning titles, reached the Scudetto semi-finals, losing the Italian Cup semi-final and the European Cup final to Calafell. A certainly bright future for the Blue and White Federation, given that “cantera” Follonica has been producing players ready for the First Division for many years. “This award ceremony was a must and is now a fixed date – as Mayor Andrea Benigni said – thank you to these men who carry the name Follonica every year higher and higher. And thanks also to all those who are working to make this hockey grow the school that allows young people not only to be They become excellent players and athletes, but also and above all men. ”

READ  In Line Hockey, the 13th day of Serie A matches and times. Derby Veneto between Verona and Asiago