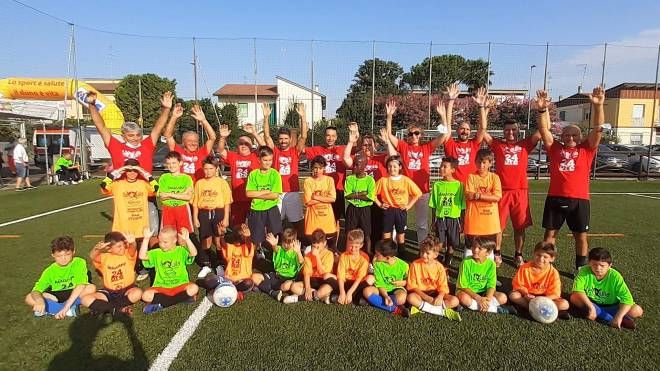 Everything is ready in Lugo in the light of the “24 hours of non-stop football”, the football “marathon” whose seventeenth edition will be held, from the evening of next Friday (24 June) until midnight Saturday at the “ENIA” stadium. Faccani’, located in the district of Madonna delle Stuoie. The event is scheduled to kick off at 8 pm on Friday, while the whistle for the event will take place at midnight the following day (Saturday). So it will not end, as it was a few years ago, at 8pm, but as stated at 12pm (the night between Saturday and Sunday), thus making up for a four-hour break (from noon to 4pm on Saturday), which The organizers decided to conduct it due to the particularly high temperatures that were recorded in the vast majority of previous editions, which puts the resistance of the most trained to the test.

To unlock the “Dances” it will be a match between the Federation of Municipalities of Lower Romania team and a team made up of “Old Glories” that played in “Baraka Lugo”. There will also be challenges between teams formed by Ausl staff, by volunteers from Lugo Public Assistance, by youth (at night), by boys from the local soccer school (Saturday morning).

Two teams of nine players will rotate every hour in addition to the reserve. The final score will be determined by the sum of the goals from all matches. Also this year, the proceeds from the event (which we remind you is open to all), will be donated, in part to the football school “Stuoie 1982” and in part, to charity, to the “Padre Leo Commissari” Center in São Bernardo, in São Paulo, Brazil. For information, you can call 393 3676401 (Gianni), or 0545 31034. The local football club “Stuoie 1982” is organized by the local football club “Stuoie 1982” under the auspices of the municipality of Lugo and in cooperation with “Stuoie Sport e Società”, Avis Lugo and the Association “Gli Amici di Pablo”, the city of public assistance in Lugo and the bar of the fast food restaurant Maracana.

Last year, after a two-year “forced” interruption (in 2019 due to work on the structure hosting a football “marathon”, while the following year due to pandemic-related restrictions) “24 hours of non-stop football” saw 400 players participate.