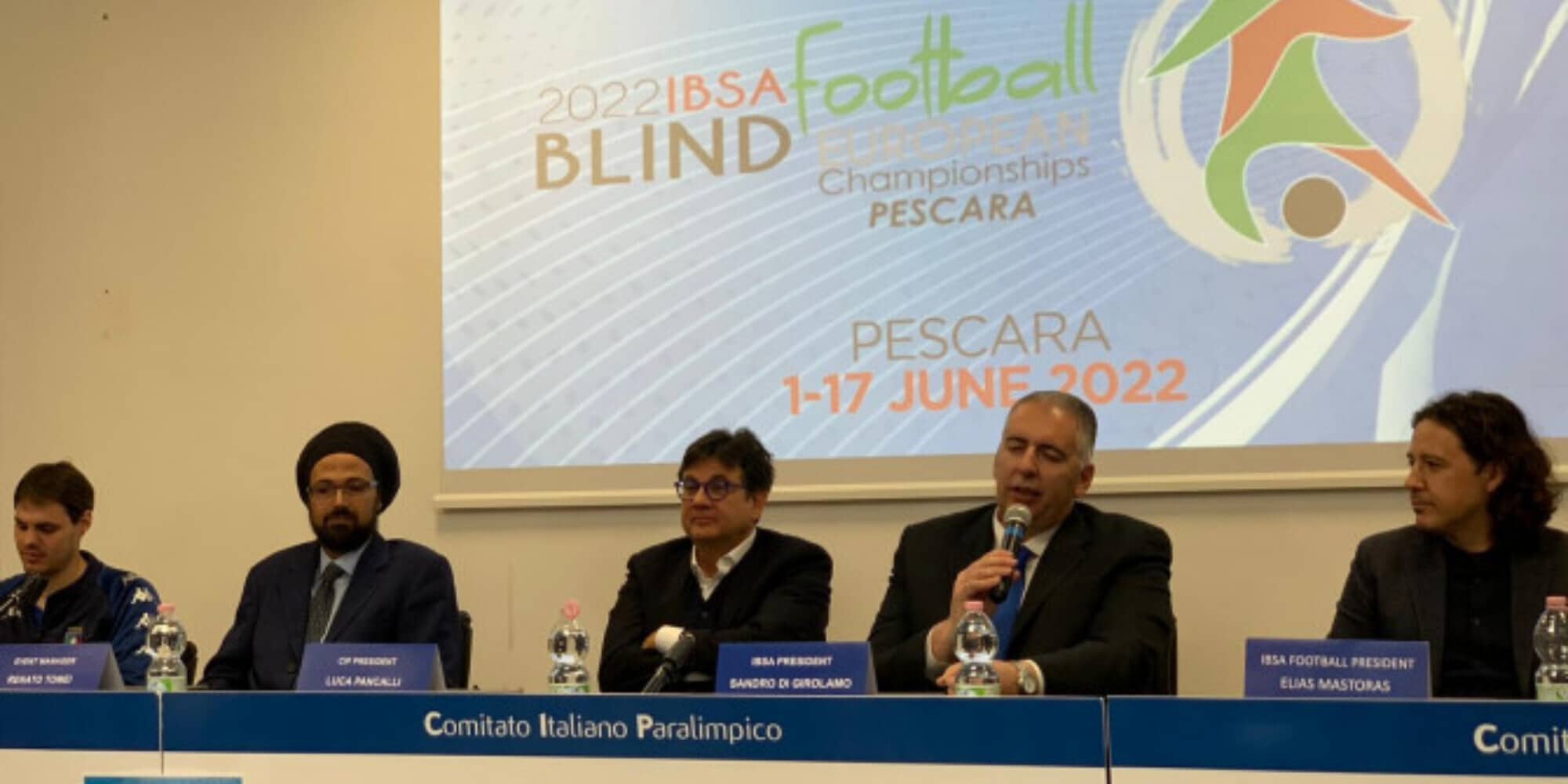 The 2022 edition of the IBSA Blind Football European Championship was presented in Rome, at the headquarters of the Italian Paralympic Committee. The event is scheduled for June 1-17 in Pescara. The draw for the competition was also held on this occasion. Italy, which is in the first group, will meet France, Turkey, Greece and the Czech Republic, while the second group includes European champions Spain, England, Germany, Romania and Poland.

In the first week of June, a women’s football space with challenges between Germany and England for the European title and with the IBSA Campus, in which 15 young players from several European countries will participate. On June 10, the men’s tournament will begin with the opening match, while the grand final is scheduled for June 17.

“At Pescara, we will have the opportunity to continue this essential promotional activity that has already started in 2019 with the European Championships in Rome. For Italy, this is an important test to prove that our country has power not only from an organizational point of view but also in the areas of competition. Objective, Of course, not only improving the good sixth place obtained in 2019 but also and above all qualifying for the Paris 2024 Paralympics”, declared CIP President Luca Pancalli.

READ  Hockey: Double success in Serie A for Lorenzoni - www.ideawebtv.it

“It is a very important event, which will give light to IBSA, to blind football and our country. IBSA intends to give a signal for renewal and wants to do this together with the IPC and the entire Paralympic movement”, commented FISPIC and IBSA President Sandro Di Girolamo.

After talking about the growth of B1 women’s football, IBSA Football President Elias Mastoras expressed his hope for a large participation of MPs, both men and women, in the next Birmingham World Cup in 2023, so in light of the European Championships, he added. : “The aim was to be able to put together two well-balanced groups and we succeeded. I hope the challenges on the pitch are invigorated with a good match and a lot of fair play.”

“It is a great honor to be able to represent my national team and to be able to do so as a captain. For our part, we will do everything we can to improve Roma’s sixth place and qualify for the next Paralympics, to prove that Italy is not only capable of organizing a big event like the Europeans but is also a national team Strong on the field,” Sebastiano and Gravina explained. The other Blue present at the press conference, Paul Iwobo, admitted: “We are active, we are a good group. We will definitely do our best.”

“We play at home and we want to dictate the rules – promised by Italy coach Michele Pugliese – we train a lot and aim for good results. I have always considered myself ambitious, so we will go to Pescara with one goal, which is to win.”