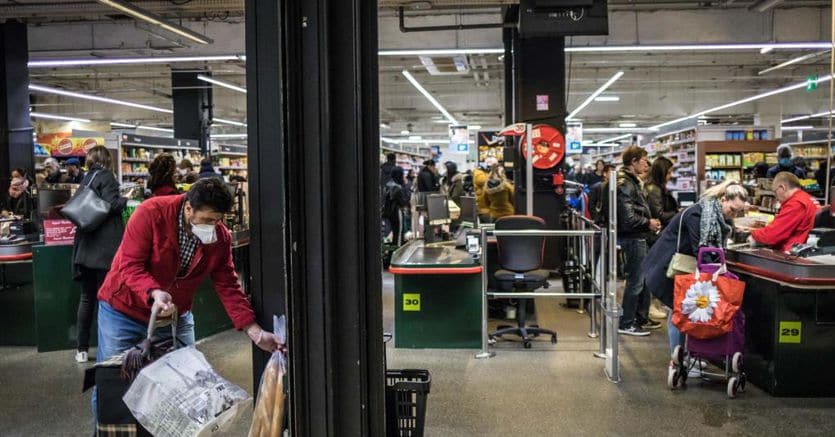 Eurozone inflation expectations have been revised upwards further for the entire horizon of 2022-2024, as the price trend for next year has jumped by more than two percentage points, from 3.6% to 5.8%, and even net energy, food, alcohol and tobacco, has risen by more than one point from 2.9% to 3.9%. This is what we read in the European Central Bank’s “Survey of Professional Forecasters” for the fourth quarter of 2022. Inflation is expected to stand at 5.8% and 2.4% for 2023 and 2024, respectively, and 2.2% in the long term, a figure that does not support a pause At the current high rates. “According to the participants, the upward revisions mainly reflect a combination of higher energy and food prices” but also “the spread of prices in other sectors.”

EU-19: Confidence in the economic and employment prospects is waning

Business and consumer confidence in the eurozone countries in the outlook for the economy and employment is falling: in October the ESI index recorded a decrease of 1.1 points, reaching its lowest level since November 2020. Germany and Italy recorded the largest decreases, equal to one and 0.9 percentage points, respectively.

In France, the inflation rate rose to 6.7% in October compared to the same month in 2021. The rise is after two months of slowdown: in July the rate was 6.1%, in August it was at 5.9% and in September it was 5.6%. Insee data, this is the highest level since 1985 and is higher than analysts’ expectations.

Germany, inflation rises to 10.4% in October

Inflation in Germany accelerated further in October. Consumer prices rose 10.4% from the same month a year earlier, according to interim data from the Federal Statistical Office. In September, the annual inflation rate was 10%.

Germany’s GDP grew 0.3% in the third quarter, according to a preliminary estimate. Economic growth contrary to expectations, which indicated a decline of 0.2% for the period. In the previous quarter, GDP rose 0.1 percent.