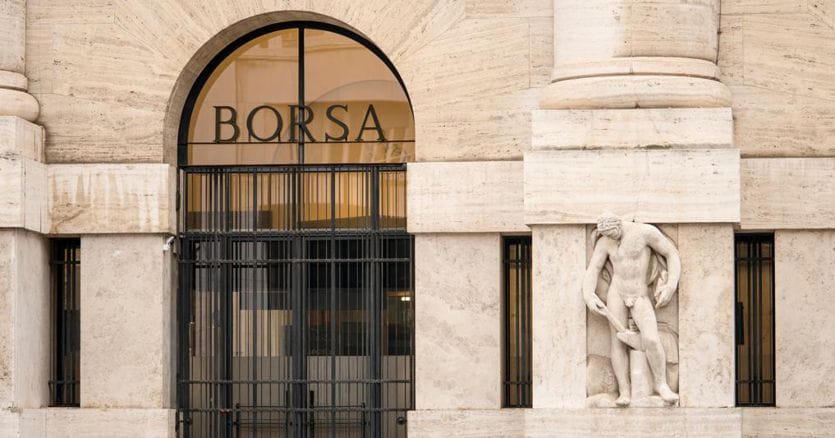 (Il Sole 24 Or Radiocor) The slightest hope that the European Central Bank would be able to raise interest rates lower than expected was enough to wake up European stock exchanges from their slumber and allowing the major indices to close, albeit in limited increments, at positive area. The change of course, after a colorless first part of the session due to the slowing Chinese economy, followed rumors of bloomberg In Eurotower’s senior management that will make a more “softer” than expected cost-of-money adjustment (in practice, the hypothesis of a 50 basis point increase in February remains strong, while in March we think instead of more containment of a 25-point rise). Reckless actions that, however, go in the opposite direction to what was stated earlier by Philip Lane, chief economist at the European Central Bank. But this was still enough to cancel out the losses and allow the Ancient Continent to roam Continue the upward march at the beginning of 2023. And this is despite the “red” on Wall Street and quarterly reports from major US banks (Goldman Sachs disappointed, Morgan Stanley beat expectations). The ECB’s impact was also immediate on eurozone government bonds, with the yield on ten-year BTPs, which was above the “psychological threshold” of 4%, dropping to around 3.90%.

Wall Street weakened, after the new round of quarterly reports from US banks. The Dow Jones is down sharply as the S&P500 and Nasdaq fluctuate at parity. Goldman Sachs It reported lower-than-expected earnings and the stock lost 6 percent on Wall Street today. In the fourth quarter, the bank reported earnings of $3.32 per share, down 66%, versus the $5.48 expected by experts, on revenue of $10.59 billion (-16%), less than the $10.83 billion consensus. Earnings per share were about 39% below consensus, the worst since October 2011, according to Refinitiv. rival Morgan Stanley On the other hand, accounts reported higher than expected, albeit with lower earnings and returns, allowing the stock to rise more than 6 percent today. In the meantime, tomorrow there will be speeches by the heads of St. Louis and the Federal Reserve Bank of New York who could provide clues about monetary policy. On the data front, in January, the Empire State Index — which measures the performance of manufacturing activity in the New York region — hit its lowest level since the worst times of the pandemic in 2020, the fifth-worst reading since the report began. The data published today fell to -32.9 points, indicating a serious contraction. However, the future conditions index rose from 6.3 to 8, indicating increased confidence mainly thanks to data on new orders.

Leonardo and Ricordati stand out in Milan, and Iveco Group

Returning to Ftse Mib shares, Leonardo (+4.9%) and Recordati (+4.42%) finished at the top of the main segment. Ex Finmeccanica has benefited from positive analyst ratings that the stock is undervalued and has plenty of room for growth. Goldman Sachs analysts raised the buy rule from the previous neutral price and target price to €11.7 with a gain of 42 percent. Ricorati benefited from the “purchase” of Intermonti. Tenaris (+3.03%), Prysmian (+2.24%) and St (+2.07%) also performed well, with Barclays analysts opening coverage with an “overweight” rating. Another session in the spotlight for Tim (+0.81%), after yesterday’s news of the resignation of Vivendi CEO Arnaud de Puyfontaine from the board of directors of the telecommunications group, a factor that according to analysts could simplify negotiations with CDP on the network to sell NetCo . “With Vivendi’s exit from Tim’s board, one of the complicating factors that have characterized the negotiations on the network in recent months disappears, and this should be reflected in the acceleration of the confrontation between Cdp, Tim and the funds for the sale. of NetCo, while the relative spin-off scenario supported so far by Vivendi and not without critical issues should lose its share », Intermonte analysts stress. Against a sign of Iveco Group (-2.18%), stalled by sales after last week, Bper (-1.54%) and Intesa Sanpaolo (-1.05%).