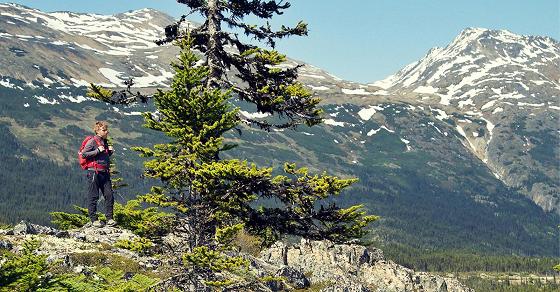 Prime time signed by Ray Documentary, Friday August 26 at 21.25 Ray Day 2, with “Dreams of the Great North”. Directed by Dario Accella, also author with Paolo Cognetti and Francesco Vavalli, the documentary chronicles the literary and exciting journey of Paolo Cognetti, winner of the 2017 Striga Prize with “The Eight Mountains,” in search of new existential limits for humankind and its coexistence with the environment, following in the footsteps of some Great Professors of American Literature.
Produced by Samarcanda Film with Feltrinelli Real Cinema and Rai Cinema, supported by the Valle d’Aosta region and MIBACT and distributed by Nexi Distribution, the docu film reclaims a travel experience that includes many other journeys and many important meanings, at the same time representing a unique immersion in the nature and spirit of the writer .
The first, made by Paolo with his friend Nicola Magrain – a traveler and painter – who will lead them to discover the Great North, from Milan to Vancouver to Alaska, by chariot. The second is what Paolo does vice versa to discover his roots as a writer and as a man, recovering the iconic places of his great masters who in his life played a role much broader than a purely literary one: from Port Angeles where Raymond Carver is buried in the Klondike in Jack London, from Ernest Hemingway’s Trout Lakes in Ernest Hemingway To the wilderness of Thoreau up to Denali National Park is where the Magical Bus sits in Into the Wild, once home to Christopher McCandless. All the authors who have made travel a true art. The third journey, on the other hand, is the most introspective because it is a turbulent soul, where moments of contagious enthusiasm alternate with moments of darkness, dictated by the uncertainty of choice and the emptiness of the world around it.
The narrative voice of Paolo Cognetti leads viewers on this path of self-research, through photographs captured during the flight, fragments of dialogue between the two friends, and reading audio quotations from Ernest Hemingway, Raymond Carver, HD Thoreau, Jack London and Chris McCandless.