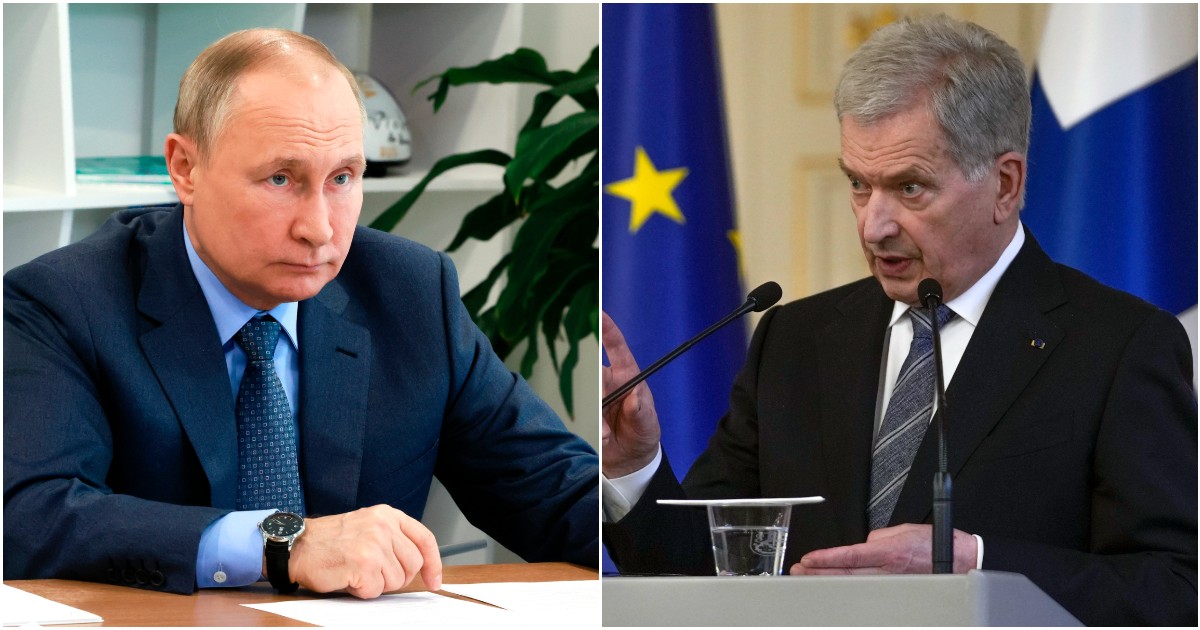 Archbishop of Kyiv: “A mass grave was found with 500 people executed”

“Recently they discovered in a mass grave about 500 people with their hands tied and a bullet to the head. This means that they were killed in a cruel way, as in the time of Stalin they killed innocents by throwing them into mass graves.” This was stated by the Archbishop of Kyiv, Mgr. Svyatoslav Shevchuk testifies about the situation in his country via video link with the 23rd National Conference on Pastoral Care of Health of CEI, held in Cagliari from May 9-12. This was announced by the Archbishop’s Secretariat, based in Rome.

Putin: “If Finland joins NATO, it is making a mistake”

For Finland, abandoning the policy of neutrality would be a “mistake”. This is what Russian President Vladimir Putin said during a telephone conversation with Finnish President Sauli Niinistö. Putin added – citing TASS – that “there are no threats to Helsinki’s security” and that his accession to NATO could “negatively affect relations with Russia”.

Russian Su-27 fighters took part in exercises to repel a mock air raid in the Russian outpost in Kaliningrad, Interfax reports, citing the Baltic Fleet. More than 10 Su-27 crews took part in the exercises, which took place two days after Finland announced its plans to apply for NATO membership, with Sweden intending to do the same.

“We want to join NATO after the invasion of Ukraine,” the Finnish president told Putin.

Finland intends to join NATO because the security situation in the country has “fundamentally changed” due to the “total invasion of Ukraine” by the Russians. This is what Finnish President Sauli Niinistö said in his telephone conversation today with his Russian counterpart Vladimir Putin, according to a statement issued by the Helsinki Presidency. By joining NATO, Finland “assumes its responsibilities” and “intends in the future to properly and professionally take up practical issues arising from being a neighbor of Russia”

The President of Finland, Sauli Nesto, called his Russian counterpart Vladimir Putin against the background of Helsinki’s intention to join NATO. Note that says. A “direct and frank” conversation during which it was agreed on the “importance of avoiding tension.” Finnish President Sauli Niinisto said this in a statement on Twitter about the phone call with his Russian counterpart Vladimir Putin.

Kyiv: “Ukraine’s counterattack against Izyum and the Russians are withdrawing”

Ukrainian forces launched a counterattack towards Izyum in the Kharkiv region. confirmed it Oleg Senegubovregional chief KharkivAgency reports UNIAN. “The hottest point remains the area in the direction of Izyum. There our forces counterattacked. In some areas, the enemy is retreating,” said Senegubov.

Ukrainian Deputy Prime Minister: “The agreement on Azovstal may not satisfy everyone”

The goal of the Ukrainian government is still to get all Ukrainian soldiers out of the Azovstal steel plant in Mariupol safely, but the approach to the agreement must be “sober and realistic” and “the result may not please everyone.” This was stated by Deputy Prime Minister Irina Vereshuk, citing the Interfax-Ukraine agency. The Vice-President of the State Council emphasized that in the plant there are not only militiamen from the Azov Regiment, but also members of other departments of the armed forces and police.

Barbuk: “We will continue to supply Ukraine with weapons”

“We will continue to help Ukraine with weapons and funding to keep the country in good shape.” This was stated by German Foreign Minister Annalena Barbock at the closing press conference of the Group of Seven.

G7: “We will never recognize the new borders imposed by force”

The st 7 “You will never recognize the borders” that Russia is trying to change by force. This came in the final statement of the meeting held in Germany of the foreign ministers of the seven most advanced countries, which among the rest hope for more Penalties targeting sectors on which Russia “depends”. G7 also urges China To “not make sanctions on Russia fail”.

Minister Barbock: “Russia launched a war of wheat with the threat of starvation”

“Russia deliberately unleashed a wheat wardeliveries are not possible and prices are going up, with risks famine. It’s not collateral damage, it’s a deliberate strategy. Russia is laying the groundwork for new crises so that international cooperation can be curtailed.” The German Foreign Minister said that Annala Barbuk At the closing press conference of the Group of Seven.