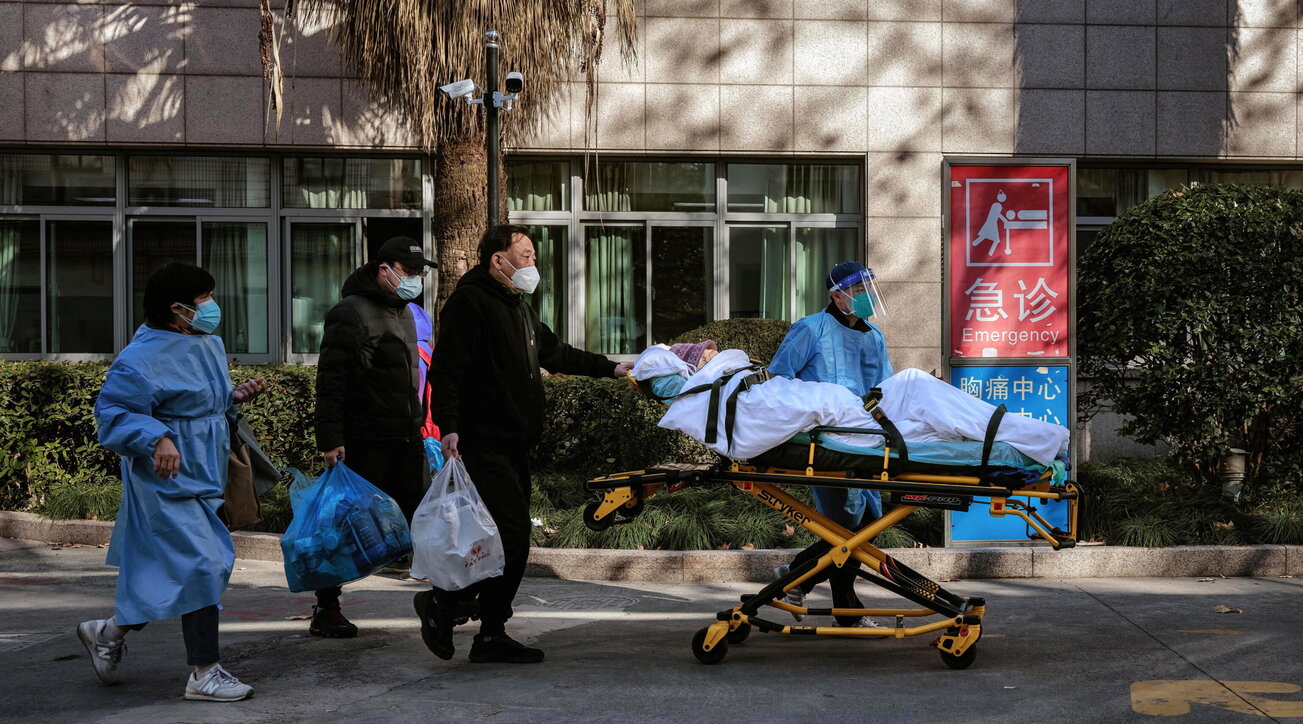 The port city of Qingdao, with a population of about 10 million, has reportedly experienced a “rapid transmission period nearing its peak”. The infection rate will accelerate another 10% over the weekend. The report was shared by several other news outlets, but it appears to have been edited within hours to remove the numbers.

China’s National Health Commission said there were 4,103 new infections nationwide yesterday, without new deaths. In Shandong, the province where Qingdao is located, the authorities have officially recorded only 31 new local cases.

“250 million infections in the country in 20 days” – China estimates that about 250 million people, 18% of its population, contracted Covid in the first 20 days of December. bring it back financial times Citing data presented during a closed-door meeting by Sun Yang, deputy director of the Chinese Center for Control and Prevention. The data is in marked contrast to the official data of the National Health Commission which, in the same time period, spoke of 62,592 cases.

The prevalence of Covid, identified in Sun Yang, is increasing, and in all likelihood, more than half of the population of Beijing and Sichuan has already been infected. A situation that risks getting completely out of control starting in January, with the long Chinese New Year holiday, when hundreds of millions of people across the country are on the move. Their death toll is grim. The authorities have only spoken of 8 deaths since December 1, and in recent days have changed the definition of “death from Covid” in order to reduce the number of deaths attributed to the virus.

the situation – The reality that emerges from the testimonies of foreign journalists, from funeral homes and from the leap in workload in crematoriums practically collapsing, is another. On Thursday, it was foundafpIn one crematorium in Chongqing, a city of more than 30 million people in the southwest of the country, 40 bodies were unloaded in two hours. At People’s Hospital No. 5 in the same city, now overcrowded, the main entrance hall has been converted into a Covid ward. The same scenes in Shanghai Hospital, again according toafpwhere reception corridors and corridors became temporary dormitories to house patients.

Meanwhile, patients with mild symptoms have been urged to seek treatment at home. Pharmacies have also run out of stock because the government has requested supplies to supply hospitals. Four days ago, the Chinese authorities admitted, in a choppy flow of information provided and denied, that it was “impossible” for the system to keep track of the number of new infected people after easing the severe restrictions and closures in place since 2020. From the protests of angry residents at the police department of the epidemic.

Fear of new mutations – Many experts outside the country have noted that the wave of infections threatens to bring about new mutations. A request for more transparency has come from the United States. “It’s important for all countries, including China, to focus on vaccines, make tests and treatments available and it’s important to share information with the world because the implications” go beyond China, the US Secretary of State said. Anthony Blinken.