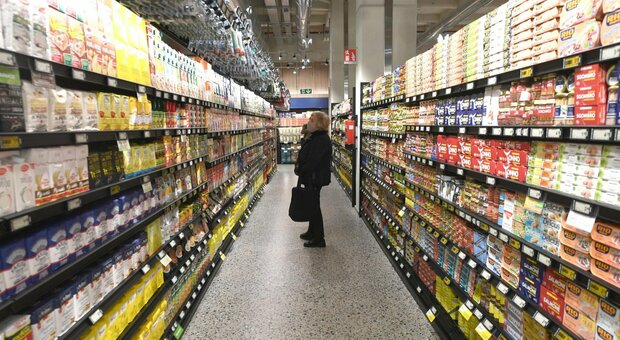 European institutions continue to talk about a temporary rise in prices. But the phenomenon that has persisted for several months will have consequences for year-end consumption, which traditionally culminates in Christmas shopping: according to estimates Confcommercio The drop could exceed 5 billion. NS inflation European Finance Ministers spoke yesterday at the Eurogroup meeting. Commissioner for Economic Affairs Gentiloni also indicated a time frame, in the middle of next year, during which the new wave will end. While Chief Economist Philip Lane on behalf of the European Central Bank warned that monetary tightening at this point would be “counterproductive” as it would not reduce inflationary pressure, but would punish economic recovery. But beyond these reassurances, the issue is being taken seriously at an institutional level. Also look at what’s happening across the ocean: St. Louis Bank Chairman James Bullard said the US central bank may act sooner than expected, with two rate hikes over the next year.

moving in
Even the French Economy Minister Bruno Le Maire judged what is happening as “temporary”, making a difference: the general increase in prices is destined to return, but there is a “structural” component of the increases, which is related to fossil energy at this complex stage of the transition to a new paradigm. The latter is the subject of initiatives at the European level are also expected.
In any case, it would be difficult if not impossible to avoid the effect on consumption in the short term. In Italy, Confcommercio has already quantified it, assuming two different scenarios: in the first, which expects an average 3 percent increase in the trend-based price index for the last quarter of the year, the decline in consumption will be 2.7 billion. . Presumably, this trend is likely: in October, annual growth was 2.9 percent (3.1 for the European harmonized index). But in the premise, although the association’s research office considers it “unrealistic”, the price hike would rise to 4 per wind, then the drop would be 5.3 billion.

READ  Poste, what they give you for your savings

How do you reach this estimate? Confcommercio states that about 70 percent of the effect is based on the loss of direct purchasing power by consumers, who, due to higher prices, will be able to buy less. But there is also a more indirect effect, associated with a decrease in financial wealth held in liquid form, and therefore not protected from the dynamics of inflation. All in a context where there are some incompressible expenditures, such as those related to transportation or heating, that are already affected by increases in international gas prices: thus the margins of consumer movement will be further limited.

Results
Of course, if the trend continues significantly in 2022, the consequences will be seen – through consumption – on growth next year, which, after the very strong recovery projected for 2021, is still expected to exceed 4 per cent. Together with the risk of a resurgence of the epidemic, which in fact, especially outside Italy, is already manifesting itself with intensity, and which is related to raw materials and prices is the main negative risk indicated in all macroeconomic forecasts of institutions and studies of private centers. In its quick survey of the industrial production trend, the Confindustria Study Center has already noted that the slowdown in the third quarter of the year is attributable to a series of factors such as material scarcity (and in some cases also manpower) and an increase in costs, particularly those linked to exports.

In this scenario, the role of central banks is very sensitive, as they manage a gradual exit from unusual securities buying programs and have leverage in their hands for potential interest rate increases. It increases that, if not properly calibrated, it risks dealing a heavy blow to the second half.

Aircraft prices skyrocketed: here are all the increases