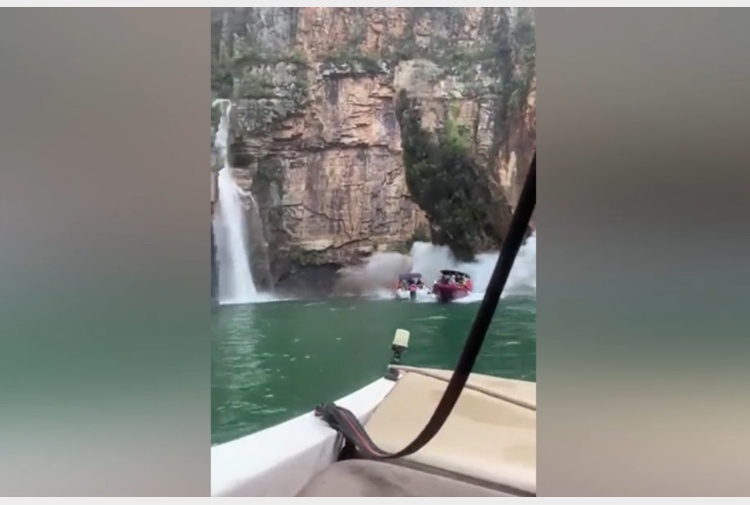 The death toll from the collapse of a cliff on a tourist boat in a Brazilian lake has risen to 10. In fact, during the day the bodies of two missing persons were found. Yesterday, a large chunk of rock broke a rocky outcrop and crashed into four boats in Lake Furnas in the eastern Brazilian state of Minas Gerais, while other terrified tourists watched from nearby boats helplessly. Authorities said more than 30 people were injured, including nine who were taken to hospital. According to preliminary investigations, the 10 dead were part of a group of family members and friends on the boat who had the greatest impact, all of whom were Brazilian nationals, aged between 14 and 68. On social media, a video clip taken by a tourist on a boat showed the last moment the rock fell as passersby called on the nearest boats to move away. But it was too late.

President Jair Bolsonaro retweeted some of these videos on his account saying, “As soon as the unfortunate disaster occurred, the Brazilian Navy moved to the site to rescue the victims and transport the injured.” Searches were suspended overnight for safety reasons, but other rescuers continued to operate. Divers resumed searches this morning. The separation is believed to have been favored by the heavy rain that hit the area, with experts deeming it appropriate to prevent boats from approaching the slopes in the rainy season.