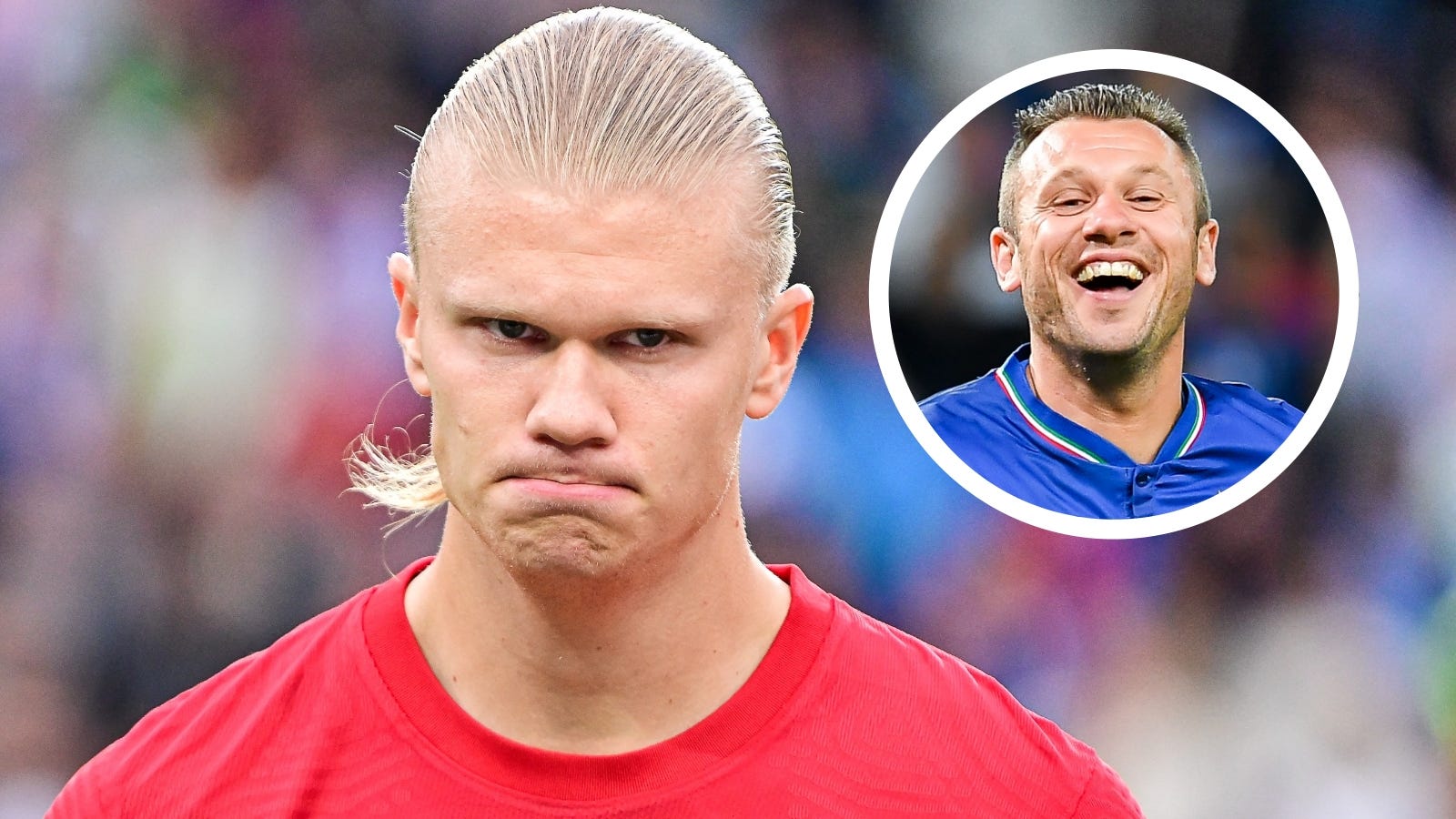 The former player of the Italian national team analyzes football according to his vision: “Inzaghi played Carlona, ​​we had a butt in the European Championship.”

“Murata suffers from criticism? But if Allegri makes him play as a full-back, then it is normal for him to make these numbers: Morata is a great striker. If he plays as a full-back, he scores 3 goals and receives insults: the fault is not. Morata, but whoever makes it. Play full-back” .

Between sarcasm and seriousness: Antonio Cassano It never contradicts itself. Speaking on “Muschio Selvaggio,” a Youtube podcast by Fedez and Luis Sal, he expresses himself between football tales and his out-of-the-line vision.

“If I ever thought of becoming a flag for a team? If Totti, Maldini and Bergomi played in Reggiolo and earned 1.50 euros and Juventus had reached ten million, they would have gone with eight. Glory is not there. Maradona instead. It was a flag: he can go anywhere to get On the money and preferred to stay in Naples. ”

“Haaland is an exact copy of Adriano. Ibrahimovic is as fast as Adriano, even if it is a more technical needle. Let’s do a combination: Adriano plus Bobo Vieri. But Benzema and Lewandowski, for example, know how to play football: Haaland does not know if Inzaghi knew how to play football The foot? Carlona played with phenomena that put the ball in him and put it once in his leg, once in the chest, and once in the arm. Number one? But number one?? It is unknown.”

Emblematic, in his career, is the feud with Francesco Totti, which occurred during an episode of “There is mail for you.”

“The quarrel with Totti? We went to ‘there is mail for you’, from de Filippi. If I come with you and you get paid 100k and you get 10k, I come to you and say: ‘You cheated me’, you m****’. We didn’t talk to Each other for 3 years and then after a while I found out that’s not true.In 2004 there was the renewal problem: Totti, mine and Montella.Montella never let anyone know anything and renewed on his terms, Pupo had already got an agreement to renew and I knew nothing. Bad luck wants Sensei to die: I agreed with him a lot of money. The daughter takes his place and he says to me: “You know the 10 euros I owe you is gone, I’ll give you 4” And I answered: “No, I’m leaving on a free transfer.” Then I found out That Totti and Montella didn’t give me money and nothing. I say: “You two m***, I renewed.” The nicest player I’ve met is Rino Gattuso. The players I didn’t like the most were Batistuta and Delvecchio. Batistuta in Trigoria didn’t pay coffee and didn’t welcome the waiters: he Earning 10 million euros, this thing bothered me.”

Cassano had a difficult period after his retirement: he got out of it with the help of his wife and Bobo TV.

“If I had not been satisfied I would not have made a career m****. I am happy with what I have done, but the blanket life is short. At first in the first year I was sad: I have to thank my wife. Bad, let’s call it depression. Help me Bobo TV”.

He doesn’t see well, however, the Italian football moment, especially in his interpreters.

“If you ask me today who is the strongest Italian striker at the moment, I will tell you Balotelli. Immobile? Playing football does not mean scoring a goal. Balotelli is much stronger than him: I will call him in the national team because he is stronger than anyone else. Does he not have a head? For me “Having a head means emaciation and drug use. Making a life of shit. This is not his condition. Sent to that country. If I were Fiorentina I would take him now Zaniolo, the new star of the Italian national team? Who? What player? Is he a hero? If the hero is Luis Sal.” conductor) He is like Beckham. I love Chiesa but Italy won the European Championship with Pesina: Do you understand? We had an ass.”

chosen by the target

READ  Perplexed: “Eriksen? Today he is in a different football. And he is very tolerant of that…”