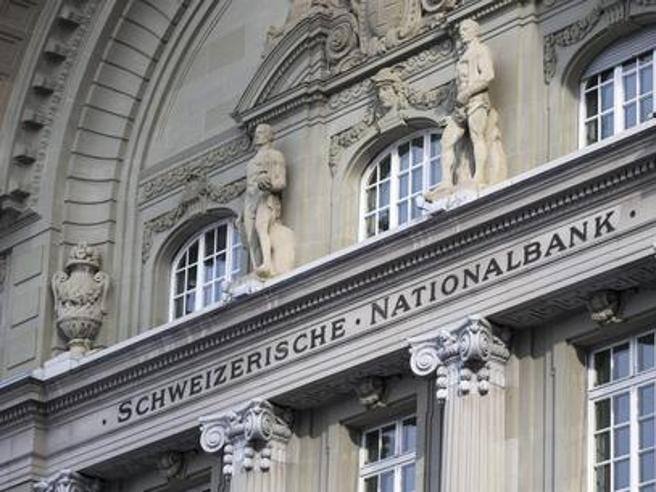 In Switzerland there should be about 150-200 billion euros belonging to the Russians. Switzerland, being neutral, concretely supports Kyiv. But does war allow you to suspend property rights?

It could be that only Switzerland has asked such an important question as Property rights in the face of war in Ukraine. In the Union, the debate is about how a country, impartial and fully respecting its laws, should act towards Kyiv and Moscow. Bern’s choice of field was clear from the start: Not only solidarity, but also concrete support for the Ukrainians. Now, however, arise A problem of paramount importance for Switzerland Which other democracies should also consider: money from the Russian Central Bank and Oligarch deposits located in Swiss banks It was confiscated to help defend UkraineAnd its economy and rebuild its destroyed infrastructure?

The question is by no means trivial. The right to property is one of the pillars of free rights in a democratic society, and it cannot be easily overlooked. What justifies its confiscation or confiscation in the face of a war at the gates of Europe? Switzerland is under pressure in this regard. The Swiss Banking Association calculates that between 150 and 200 billion francs (about the same value in euros) belongs to the Russians.

However, most of these people Not subject to penalties It is part of the union and almost always does not belong to the European Union and the United States. So they are not tangible money.

So far, Bern has frozen sanctioned Russian assets of 7.5 billion francs, as well as 15 real estate. However, the money of the Central Bank of Moscow (which was not approved by Bern), it is not known how many are in the Union: there are certainly none in the Swiss National Bank, and there are probably tens of billions in private banks.

Question to establish Whether the withheld funds or those to be blocked in the future can be used for the benefit of Kyiv. The US Senate passed a measure in December that would allow Washington to use frozen Russian funds to support Ukraine — and some senators from Switzerland would like it to do something like that, too. Vigorously, Polish Prime Minister Mateusz Morawiecki requested that the capital in Switzerland be used for the reconstruction of the country attacked by Putin.

But others in Europe are less convinced there is legal space to do so, starting with German Chancellor Olaf Scholz. And in the Confederacy, opposition c
onfisca – what is different about freezing – Aloud. The Neue Zrcher Zeitung quoted the chairman of the Parliament’s Foreign Affairs Committee, Franz Gerter, as saying that some of the expropriation proposals might amount to expropriation. Then we can cancel the legal certainty directly, comment. Aggression against Ukraine is a huge event, but such a step will make it easier to take it even in the case of less serious conflicts.

Something different – it is said in Bern – they will be Compensation for war damages Because of the Russian invasion: but thoseI will decide only after a peace agreement. In short, Switzerland poses a valid question for all democracies: does war justify the suspension of some basic laws that guarantee freedom? To accuse Bern of having little solidarity would be an exaggeration. Also, since it has joined practically all the sanctions against Moscow decided by the European Union, it has granted asylum to Ukrainian refugees, has frozen the funds of individuals close to Putin, and has also supported the transfer of medium and small Ukrainian companies out of the regions. Most affected by the war and had limited trade in Russian raw materials on its territory (before the invasion, more than three-quarters of Moscow’s oil was traded in Geneva).

So the slogan of Swiss neutrality was practically put aside. There is another point, related to neutrality, that Switzerland has to address. there Germany sent anti-aircraft defense vehicles to Kyiv. To make it work, you need ammo: Berlin has more than 12,000 bullets but cannot send them to the Ukrainians because they were made in Switzerland and Swiss law prohibits the re-export of weapons made in the Union.. It annoys us Ukrainians, Germans, Europeans and NATO. In Switzerland, of course, there are those who demand a change in the law. This is also an open question. We live in times of change, like Sweden and Finland When they decided to join NATO. Even for Switzerland, perhaps neutrality is a concept that needs to be redefined in the 21st century.