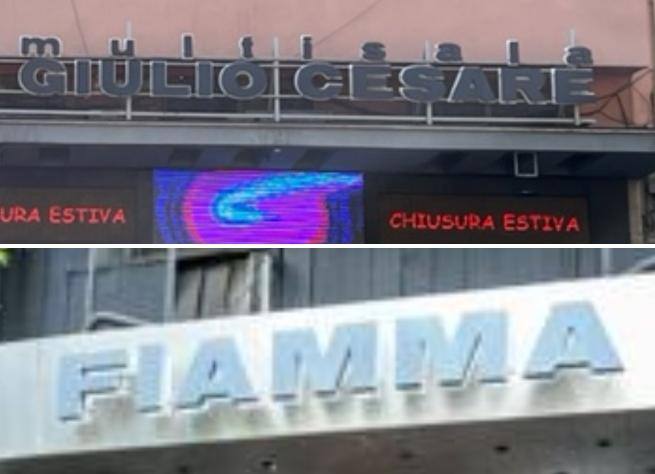 Silvio Berlusconi sold a bar, two cinemas and an apartment in the center of Rome, making huge capital gains. According to rumors, a bar and cinema (“Giulio Cesare”) was bought by Andrea Occhipinti Lucky Red’s film production company. Other Cinema (“The Torch”), indirectly from the Ministry of Culture with funds from NRP. Then in London, the former Prime Minister sold shares in a financial technology company for a profit of 12 million on 3 investments: the company is called Soldo. Finally, he paid 300,000 euros for the provision of a new kitchen to the players of his beloved Monza. Berlusconi’s penchant for business, even with the Fininvest broker, is indisputable and corresponds to years past.

For some time, the managers of the former prime minister have been researching the market for the sale of Romanian cinemas “Giulio Cesar”, “Fiama” and “King”. The first result was achieved with Selling 4.3 million from the Giulio Cesar complex, on an homonymous street a stone’s throw from the Vatican. The net profit was 1.5 million. Then the small bar next to the cinema was sold for 600 thousand euros and a net income of 544 thousand euros. In both cases, Andrea Occhipinti had purchased the properties with the film production and distribution company, Lucky Red, which is also the relatively largest shareholder in Circuito Cinema.. But there are no confirmations: Occhipinti did not respond to a written request for clarification. The initials C + C appear on the cinema doors, closed for the summer holidays. And in the bar next door, the managers, chatting between an excellent cappuccino and a decent croissant, say the owner of the walls has changed and now they no longer pay the rent to Fininvest but to Lucky Red.

The torch is sold with Pnrr

Meanwhile, Berlusconi’s managers in recent months have entered into negotiations with broker Realty Advisory for Cinema “Fiama” at an estimated price of 3 million. Only these days it was officially known that the Dolce Vita “Premiere” cinema and many other films of the golden age, strategically located between Via Veneto and Piazza Barberini, closed for years, will reopen in December 2023 It will become a multifunctional cinema center with two rooms, a study room and a cafeteria: It was purchased with European funds of NRP (3.1 million) and entrusted to the Experimental Center of the Foundation for Cinematography, emanating from the Ministry of Culture. Another box arranged from Berlusconi bricks.

The Revolution of the Holy Apostles

And the very central Roman apartment? is found In Piazza SS Apostoli, a few dozen meters from Piazza Venezia and Via del Corso. We don’t know who bought it, but we know how much he spent: 1.7 million. The building was subject to huge historical limitations For this reason, the Ministry of Culture had the right of pre-emption, which it did not exercise. The former prime minister’s company made a net gain of 480,000 euros. Many of these operations, which continued into the early months of 2022, were “reported” (but without any reference to counterparties) in the financial statements of Fininvest Real Estate & Services (Fininvest Re), one of several subsidiaries of Fininvest Real Estate & Services. Cavaliere Group (62%) and family, with a combination of real estate and equity investments.

The most important asset is the Villa Gernetto real estate complex. The main residence is rented for conferences and commercial or institutional initiatives. The complex also includes a piece of real estate called Villa Buffalura, which the Monza soccer team rented for the team’s home league retreats. Here they are assigned 300 thousand euros “to install a kitchen.” Adriano Galliani, Finvest Re president and managing director of Monza, may be aiming to take some high-profile footballers by the throat. Last year, in a court auction at the Monza court, Fininvest Re was awarded an agricultural land adjacent to Villa Gerneto for a little €800,000, with an extension of 178,000 square metres.

READ  “What is my drag”, “Read the documentation” - Libero Quotidiano

On the other hand, a stratospheric capital gain (+ 400%) was made with the English company Soldo, in which it also invested Luigi Berlusconi, the youngest son of the leader of Forza Italia. Fininvest Re had a small stake of about 3% with shares on the balance sheet at €241.44 per share. Most of them sold at a unit market price of 1,155.33 euros for a total of over 15 million. The net profit was 12 million. Soldo, which is active in payment services, was valued at 475 million a year ago.