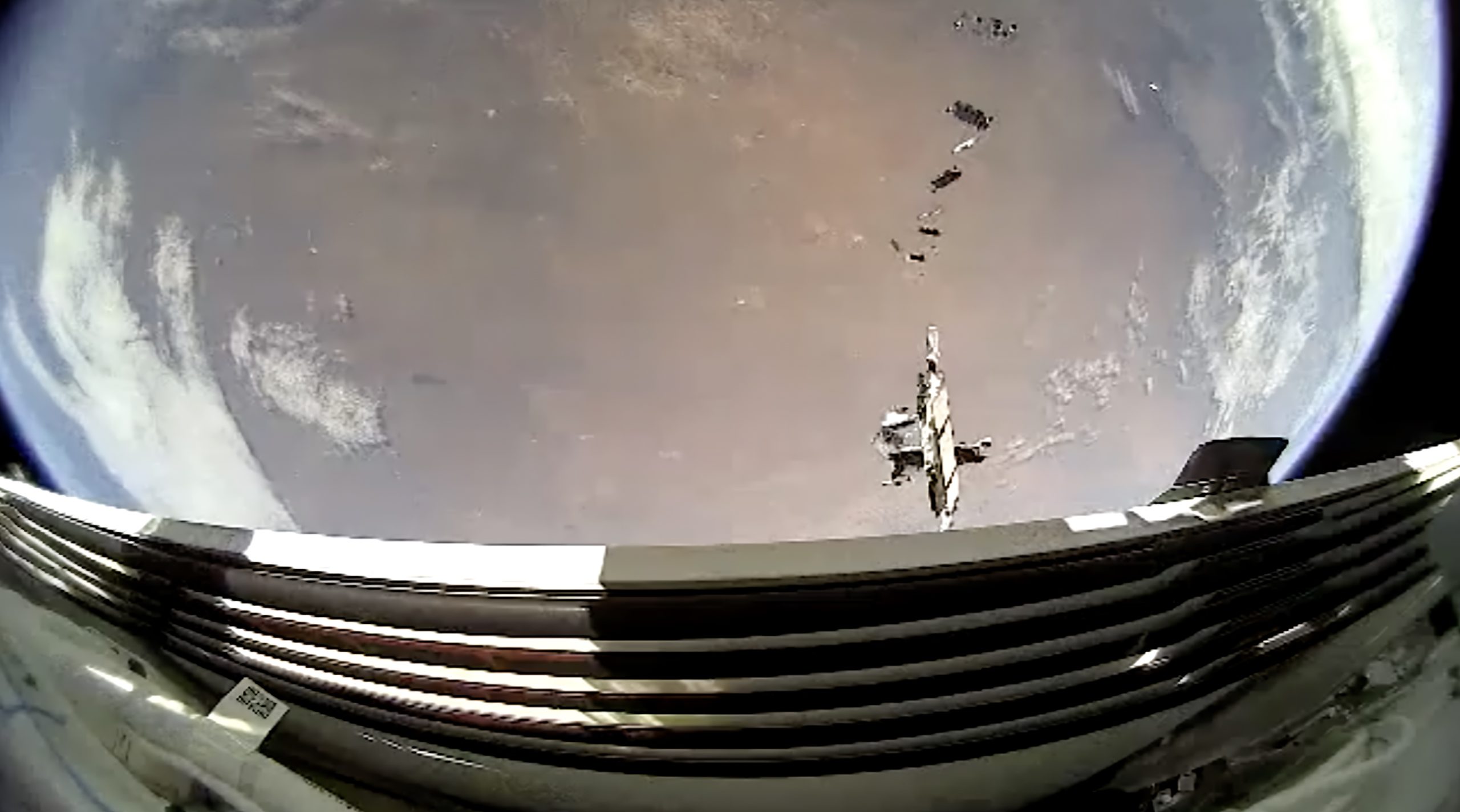 There are apparently Starlink satellites with cameras and it was Elon Musk who exposed them, sharing an image obtained from an orbiting satellite. What Musk posted was a frame from a later video. In these images, you can see the satellites in separation stage, after the launch of the second stage of Falcon 9 into orbit. In the video, you can also watch the same second stage starting the Merlin engine to reenter the atmosphere and destroy itself.

Musk released this video several hours after the success of the Starlink-4.29 mission, which began on October 6 at 1:10 am. However, it is not certain that filming will come from this launch. This new revelation from Musk opens up a lot of questions. How long have Starlinks had cameras on board? Is it a feature of all satellites or only some? Unfortunately, there are currently no answers, leaving us only speculation and therefore other questions. However, the truth is more important than it might seem.

Often the configuration that satellites provide for launch It’s not the same thing they then get into orbit. This happens in order not to take up too much space inside the conveyor covers, but this means that various mechanisms must move in space, thereby increasing the risks. Many companies and space agencies have decided to install cameras on board to get visual feedback on the condition of their satellite. Installing these cameras involves increasing the weight and requiring other permits. For this reason, special sensors are often used.

The camera installed on the Starlink can be used to verify the correct opening of the solar panel. In fact, what you see in the foreground is that the solar panel is still folded on itself, which indicates that the camera is targeting this element.

The camera can also be used to check the separation of the entire group of satellites, to check their behaviour. With a single launch, SpaceX brings 46 to 54 Starlinks into orbit. The separation occurs by inertia and by exploiting the various systems on board the satellites and here you can see how they behave after launch.

The Starlink-mounted camera that Musk demonstrated can also be used to study the systems that will then stream to the new version. Since SpaceX expects about 30,000 satellites to be in orbit, it can also use cameras to monitor space around Starlinks. It will be an additional system for managing evasive maneuvers, in order to avoid collisions.

Starlink as a space bus

SpaceX has long announced the possibility of using Starlink as a satellite bus. This means that Musk will provide the main structure and design for the satellite and then install the payloads from other entities. SpaceX recently won a $150.4 million contract to build satellites that will be part of the Transport and Tracking Layer Constellation.

The company is also in talks with the National Oceanic and Atmospheric Administration (NOAA) to install instruments on Starlinks to monitor solar activity. NOAA is also the body that issues licenses to be able to publish images of the Earth publicly. However, these licenses are not required If the primary purpose is not to observe our planet (and American soil) but to check the condition of the satellite. Musk company also no number Among those who have obtained a license to monitor the Earth.

There have been no statements from SpaceX or other entities, but during the June 2022 Globalstar FM15 mission, there appear to be four “secret” Starlinks. According to the classification of objects in orbit, they should be satellites of the National Reconnaissance Office, built on the basis of Starlink.

In addition to military uses, SpaceX satellites can also be used to observe the Earth through images. The company has currently launched 3,449 satellites, but those in orbit are 3,179, according to astronomer Jonathan McDowell’s analysis. If only a part of these devices were equipped with cameras, it would be possible to obtain a large number of observations of our planet.

Keep following Astrospace.it On the Telegram channelAnd the On the Facebook page And we have to YouTube channel. Don’t miss any of our articles and updates about the space industry and space exploration.