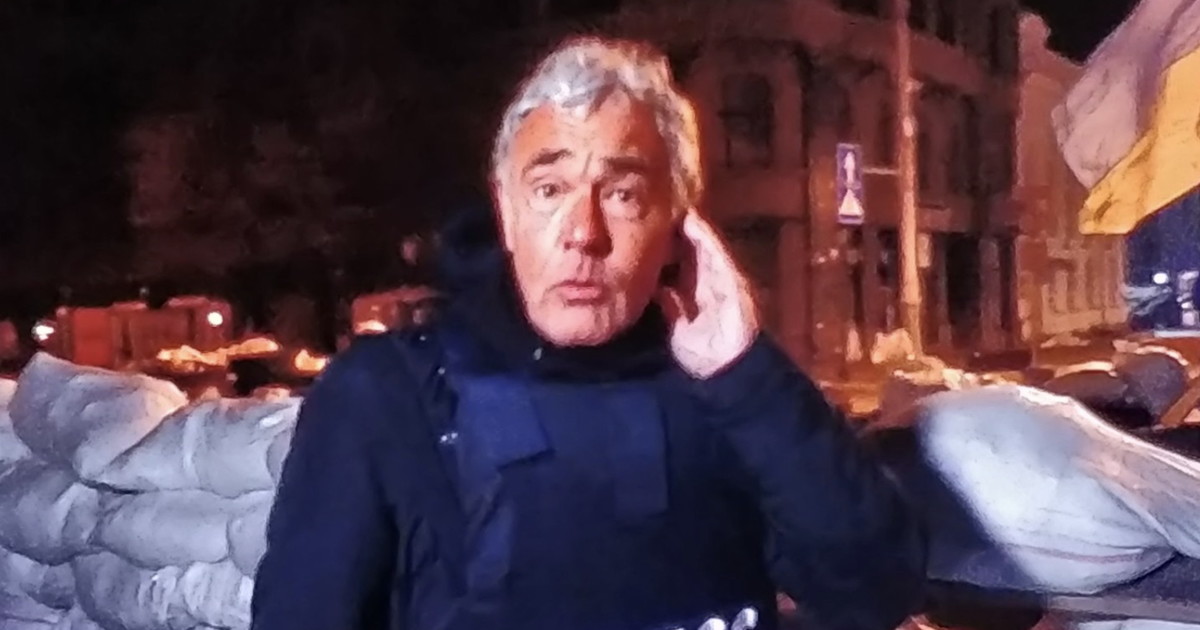 A shocking start to the extraordinary episode of Non è l’Arena with Massimo Gilletti broadcasting live from Odessa, the city in Ukraine that could be the next target of the Russian Armed Forces in the bloody war that began just under a month ago. On Sunday, March 20, Geleti will be outside the bunker where he will run the program when a loud roar begins to be heard and Ukrainian anti-aircraft missiles begin shooting into the sky.

“The warning has not been announced, the anti-aircraft missiles have started and can be seen clearly in the sky,” Gilletti told viewers as tension rose. “They tell us to go back” to the Red Cross shelter where the temporary broadcast was broadcast. The host invites the photographer to follow the missiles in the sky as they continue to roll to stop what is supposed to be a Russian attack, possibly from a drone. “We are in a theater of war and being here matters,” explains Geliti, who left to the front line with the aim of giving first-hand testimony about the conflict: “This war affects all of us, not just Russia and Ukraine. It is a war against democracy. Odessa is a city waiting as in the Tatar desert.” Dino’s novel Pozzati, where the soldiers were “waiting for an attack from the desert. And here they are waiting for it from the sea.”

Soon after the broadcast continued from the shelter, Ukrainian journalist Vladislav Maestrok praised the host for his bravery: “You are in Odessa like a no-fly zone.”

READ  "Use the atomic bomb?" It wouldn't make sense »- Corriere.it