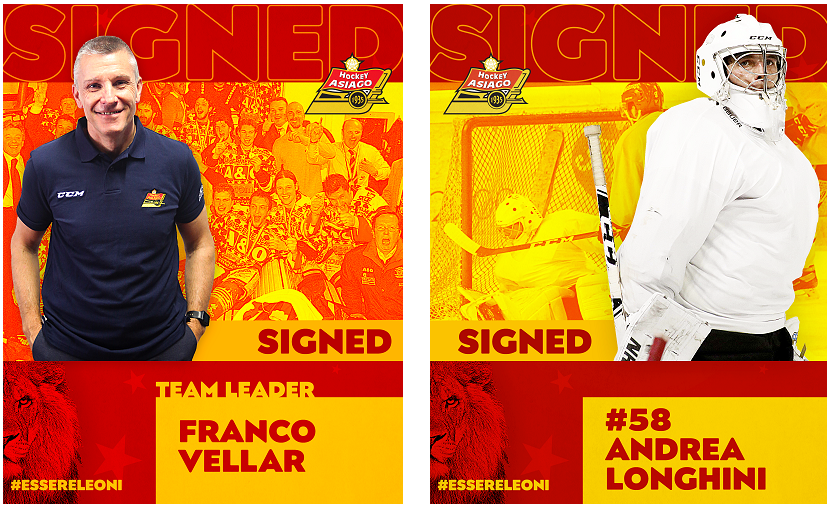 Andrea Longhinithe goalkeeper of Asiago born in 2000, returned to play for the Stellati team last season, after a year in IHL with Vimy And a year off. He will have the role of third goalkeeper behind Falini and Fazio and his job will be to be ready for any eventuality.

Franco Villarthe historical captain of First Scudettoreturns to be part of the Giallorosso staff in the role of Team Leader. Franco played with Leone for 18 seasons from 1983 to 2002, then retired from hockey in 2005 after two seasons in the second division and C with Bergen. From 2009 to 2015 he held the position of coach assistant, and won four Scudetti with teammates Harrington, Tucker and Barco. He is now back to experience the locker room from a first-person perspective as a team leader: his role will allow him to be the liaison between the team, coaching staff and the community.

“I’ve always been so attached to this reality, that I never missed a match. – Franco Villar says – For someone like me who used to live hockey from inside, it’s always nice to come back to get the locker room air and be part of the team. This year it will be interesting because the level will definitely be higher than in other years, plus our team will be much stronger. We must work humbly to try to prepare, but we certainly will not be afraid to play!“