Saturday morning work in synergy with many local realities and institutions dealing with tourism in the territory of Lake Bracciano; A meeting organized and managed by Michele Cardone (Municipal Councilor of Anguillara Sabazia), promoter of the event, guests of the Spazio Porta del Parco Bracciano-Martignano, the former slaughterhouse, run by the boys from the Fidelia Association.

A round table to share experiences and ideas related to the tourism sector, the three municipalities overlooking Lake Bracciano, the promenade, and the justified navigation union absent. 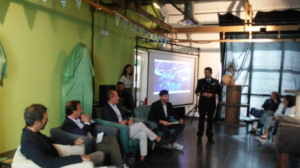 To testify to the work in the tourism sector, we find Luca Galoni, Deputy Mayor of Trevignano Romano, Marco Crocci, Mayor of Bracciano, and Angelo Pizzigallo, Mayor of Anguillara. Among the attendees, in addition to the editorial board of the Lagoon newspaper with its president Giovanni Forgiuelle, the Honorable Emiliano Menucci and the Angel Michela Califano (advisors of the Lazio region), the commander of the airport and the Vigna di Valle Ten Museum. Luigi Barbagallo, President Vittorio Lorenzetti of the Bracciano-Martignano Park, the councilors of the various municipalities and other actors involved in the management of the territory, including entrepreneurs and associations. 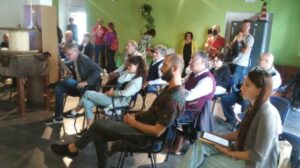 “Combining a joint force”, getting acquainted with the region, learning to think about slow tourism, communication between departments, authorities and citizens. The main theme is a “bottom-up” project resulting from the commitment and synergy that has emerged recently. “Working together to build a cohesive and shared tourism offer throughout the territory, beyond the administrative boundaries of individual municipalities,” says Marco Crocci, citing the example of the Bracciano and Martinano park path network.

READ  Without law or mayors, space risks turning to the Far West 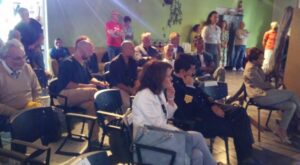 The ‘Sharing of Good Practices’ reiterates Luca Galoni’s assertion, stressing the importance of regional legislative tools for regulating sustainable and upstream tourism systems. He confirms that the municipality of Trevignano will soon start work on the bike path around Lake Bracciano, a goal that has been postponed by local administrations for many years. Angelo Pizzigallo also stresses the importance of making this association, but “we need to start reviewing the entire tourism system, and the whole show must be organized and implemented in coordination”.

In his speech, the museum leader takes the opportunity to inform the public of the reopening, marking the centenary set for next year, with an expanded exhibition and experimentation with new museum technologies. 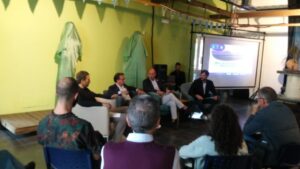 Departments, operators and businessmen, the hope is to cooperate through the exchange of strategies and objectives to achieve planning for tourism, sports and cultural activities associated with the territory. President Vittorio Lorenzetti noted that cooperation between the three municipalities began with the fight against Acea in 2017; Not only mentions the establishment of the track network, where many departments participate, the strategic axis of the cycle track, a project under definition, certainly represents an impetus for tourism, but also to create a model of co-management. 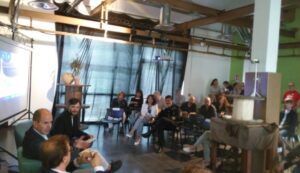 The community is central to the decision-making processes, sharing good practices for implementing common management protocols. The important role of the Bracciano Lake Confederation, which is absent today (previously undertaken commitments) is emphasized in the Round Table.

This meeting, in the conclusions of Michel Cardone, wants to be the first step in the work to be done, and many issues have not been touched upon, such as the complex in the Vicarello area or the doubling of the railway track. Also absent were the delegates of the Roma Capitale, the direct managers of the road network connecting the municipalities.

We hope that this is just the beginning of cooperation, support actions and knowledge among all the realities that live in this wonderful region.

We, as doomsayers, wish for maximum commitment to all and certain times of achievement and quality work. good job.