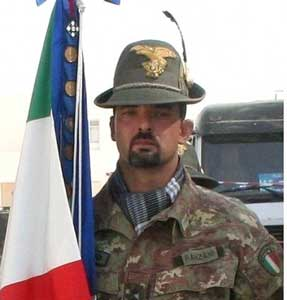 Ferrara will also have a public space dedicated to the memory of Massimo Ranzani of Ferrara, an Albini captain who died while serving in Afghanistan at the age of 36.

It was unanimously approved by the city council at the suggestion of councilor Federico Soffritti of Brothers of Italy, who brought the agenda to the classroom.

It was on February 28, 2011, at 12.45 local time, when the Lynx of the 5th Alpine Regiment traveled to Vipiteno.Captain Ayava was destroyed by a bomb explosion, killing the soldier on the spot and wounding several of his fellow soldiers.

The vehicle was returning to its base after a mission in Shindand, in the west of the country, where it provided medical assistance to local residents. The Taliban later claimed responsibility for the attack.

Several monuments and public works are named after the captain, who resided in Ochobelo, such as: a memorial stone at Occupello, the new terminal of the civil airport in Herat in Afghanistan, barracks of the 5th Alpine Regiment at Vipiteno, Alpine Cento Group and in 2018 room room At the shelter of the “8th Alpine Regiment” (formerly Monte Zermola Barracks) in Casón de Lanza.

Moreover, on February 25, 2013, he was awarded the Remembrance by the Head of State the Silver Medal for Army Valor, followed by the Medal of Honor for Victims of Terrorist Acts or Hostilities Engaged in Military and Civilian Operations Abroad.

READ  Inauguration of the green space "off the tracks"