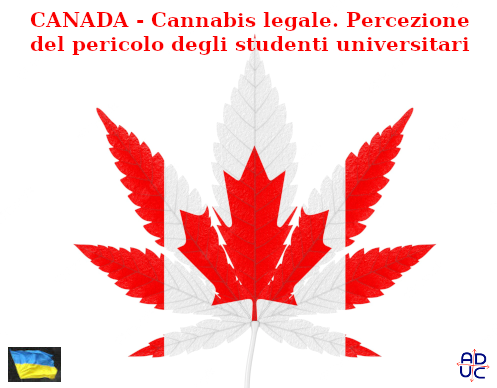 method: A random sample of 871 students from a Western Canadian university was evaluated before and after the legalization of recreational cannabis. Descriptive and inferential statistics were used to assess changes in cannabis use and perceived harm.
A random effects model was developed to assess whether the legalization of cannabis was associated with the perceived harm of regular cannabis use.

Results: 26% of the sample used cannabis at both times in the past three months. Most of the sample considered regular cannabis use to be a high-risk behavior all the time (57.3% and 60.9%, respectively).
The results of the random effects model showed that, after controlling for covariates, the legalization of cannabis was not associated with changes in perceived harm. Perceptions of harm remained relatively stable regardless of the pattern of cannabis use.
Respondents who endorsed cannabis use at both time points reported a significant increase in the frequency of their use after legalization.

ConclusionLegalizing recreational marijuana has not been associated with significant changes in perceptions of harm among high school students, but it may lead to increased marijuana use among those who already use the substance.
Continued policy monitoring is needed, as well as targeted public health efforts to identify secondary students at risk for cannabis-related outcomes.

READ  Canada can make financial monitoring activities permanent
Who Pays ADUC?
No association Perceived and opposed to public funding (even 5 per thousand)
Its economic strength comes from subscriptions and donations by those who find it useful
Donate now