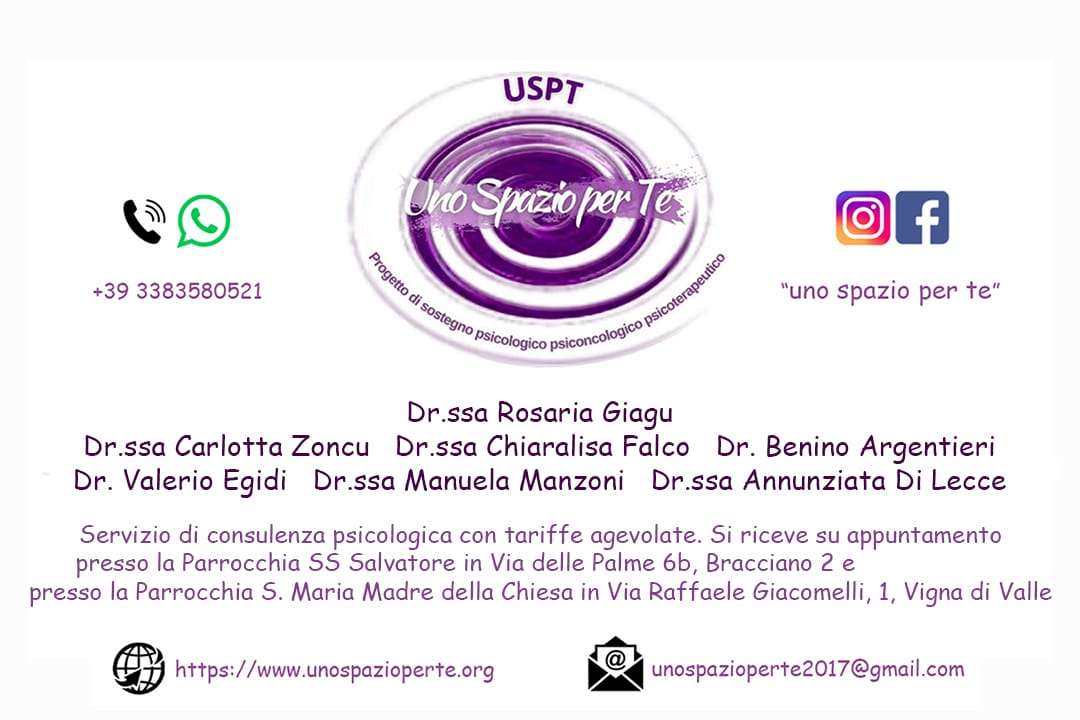 of a beating heart space for you, where lies the desire and will to create spaces to protect the right to health and mental well-being, we have announced the opening of a new office in Vigna di Valle – in the church of S. Maria Madre della Chiesa in Via Giacomelli 1, a continuation of the same psychological, psychological and oncological support project born in 2017 in Bracciano , thanks to the availability of the parish of the Holy Savior who adopted its message, allowing it to grow and expand. So far, Space For You has 7 professionals, psychologists, psychotherapists and mental health professionals, with different approaches and areas of intervention, that give life to a diverse and multidisciplinary team, capable of accommodating different types of help. The context in which you operate is that of the private social sector, in relation to local associations, voluntary and public realities.
The task is to provide the opportunity to take a psychological pathway for all persons who feel the need at a controlled cost, by defining the prosthetic function of public ASL structures that have limits related to waiting lists, age and type of discomfort expressed.

The opening ceremony will take place on Sunday 3 April at 12 in the parish church of Vigna di Valle, where a small opening ceremony will be held with the symbolic cutting of the ribbon in the colors of Uno Space for you, with the godfather and godmother. A brief presentation of the project and the USPT team itself, which was gradually formed to give consistency and professional richness to the project itself.
A small party would be useful to get to know each other and share a moment of living together.
We therefore thank both Don Luigi, the Godfather of Excellence who welcomed the project and witnessed its birth, and Don Fernando, the current parish priest of the SS Salvatore Church, where the USPT is based, who with the same enthusiasm continued to support our initiative and Don Elio, pastor of Vigna di Valle, who allowed To be able to implement our project in the service of the community and greater well-being.

“A space for you” team