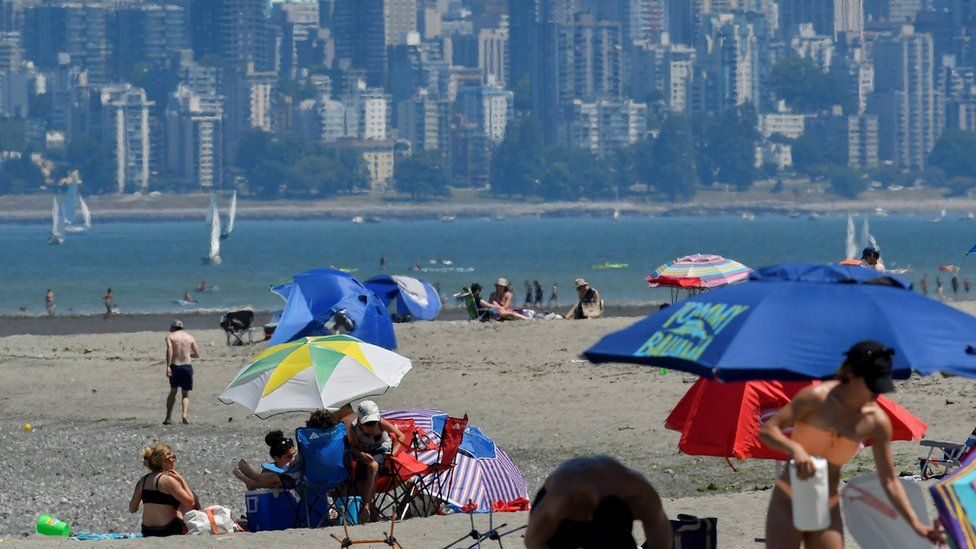 Canada set a new record for the third consecutive day of extreme temperatures: 49.5 degrees Celsius in the middle of an unprecedented heat wave in the northeastern village of Lytton, Vancouver. It can cause dozens of sudden deaths, especially among the elderly. The thermometer is constantly above 30 degrees for several days …

Dozens of people died Canada Due to the unprecedented heat wave that broke all records: 49.5 degrees was recorded in Lytton, a northeastern village in Vancouver. At 4:20 pm, the Lytton station once again broke daily and historic temperature records, tweeted Environment and Climate Change Canada (Eccc), the Canadian government agency that coordinates environmental policies and programs. Vancouver City Central and Local Police say at least 233 people have died suddenly since last Friday.

Prior to this week, the temperature in the North American country had never been above 45 degrees. L ‘Heat wave in Canada This is due to the high pressure dome hovering over the northwest United States and Canada. Climate change is expected to increase the frequency of extreme weather events such as heat waves, experts say. However, the complexity of linking each event to global warming is more and more thought-provoking. Mike Calanch of the Burnaby Royal Canadian Mounted Police said the unit responded to 25 sudden death calls in the 24 hours beginning Monday. The deaths are still under investigation and many of the dead are elderly. “Vancouver has never experienced such heat, and unfortunately dozens of people are dying,” said Police Sergeant Steve Addison. “Our agents are on the edge, but we are still doing everything we can to protect people,” he said, adding that daily sudden death calls in the city have tripled since last week.

Record of heat in Canada

Environment Canada The Meteorological Agency said last Monday that it had broken 103 temperature records in the administrations of British Columbia, Alberta, Yukon and the northwest. The record includes 47.9 degrees Celsius in British Columbia’s Lytton, which broke the previous day’s record high of 46.6 degrees Celsius. In the same city near Vancouver yesterday a record of 49.5 degrees was immediately broken.