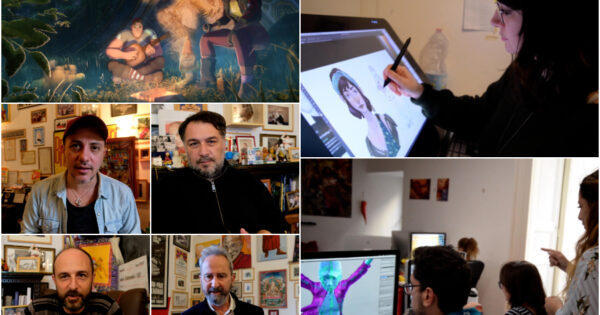 the manufacture company Luciano Stella know them “crazy gang”. Alessandro Rack, Dario Sansone, and Marino Guarnieri They really are a gang and with them success is guaranteed. Now this ‘gangster’ has come up with another gem of an animated movie: “Yaya e Lennie – The Walking Liberty”. A film that blends art and fantasy but deals with powerful and modern themes like never before: Environmental emergencies and the values ​​upon which our company is foundedIt does so with the power of images, the dimension of dreams, and music. all meticulously Made in Naples. The movie will be In Italian cinemas from 4 to 7 November.

Just spend a morning with them at the headquarters of Mad Entertainment a in Naples Piazza del Gesu To understand how correctly Stella called this group of cartoons in Naples a “gang” born from the union of forces and brilliant ideas of this group of artists. “The whole movie was shot continuously by integrating the work of one into the work of the other,” he explains. Dario Sanson. Everyone collaborates, in a continuous briefing that shapes the film on different levels but at the same time. So Alessandro Rack takes care of the direction and artistic direction, Marino Guarnieri and Dario Sanson are interested in the artistic direction and at the same time they sign the subject with Francesco Filipino. It’s hard to say who did what and that may be the secret to their success.

“Yaya and Lennie – The Walking Liberty” takes us to a time when the world as we know it today ended, after a mysterious turmoil. Nature has firmly taken over the planet and now the jungle covers the whole earth. From the ruins of the world that once was, a new society is trying to rise again. This is the ‘Establishment’, whose adherents attempt to restore the previous order by imposing their concept of law on the free in the jungle. But there are those who are vehemently opposed to the process of “civilization”: the dissidents are preparing their revolution.

“This is the story of two free spirits who want to find their place in the world – he explains cancer – The team is made up entirely of young people and together we have decided to tackle important issues that are close to everyone such as the environment and human relations.” Yaya, a violent-tempered girl with an indomitable spirit, and Lenny, a young man who is over two meters tall and suffers from mental retardation. United by a deep bond they take care of each other in Attempting not to snatch away the only wealth truly left: their freedom.The two move into a dystopian reality that upon closer examination is the Naples paradox, the Mad Products number proudly associated with the city.

“They congratulate us on the fees – he says Marino Guarnieri – But in reality there is nothing drawn, everything is done in 3D. We start with writing, then we design the characters that become people with the actors. Before anything else, the voices of actors who do not meet often are recorded. To give votes to the characters they are from Ciro Briello, Fabiola Ballestriere, Lina Sastre, Francesco Banovino, Massimiliano Gallo, Tommaso Ragno, Fabrizio Botta, Federica Altamura, Fabio Balsamo, Shallana Santana, Antonio Brasci. 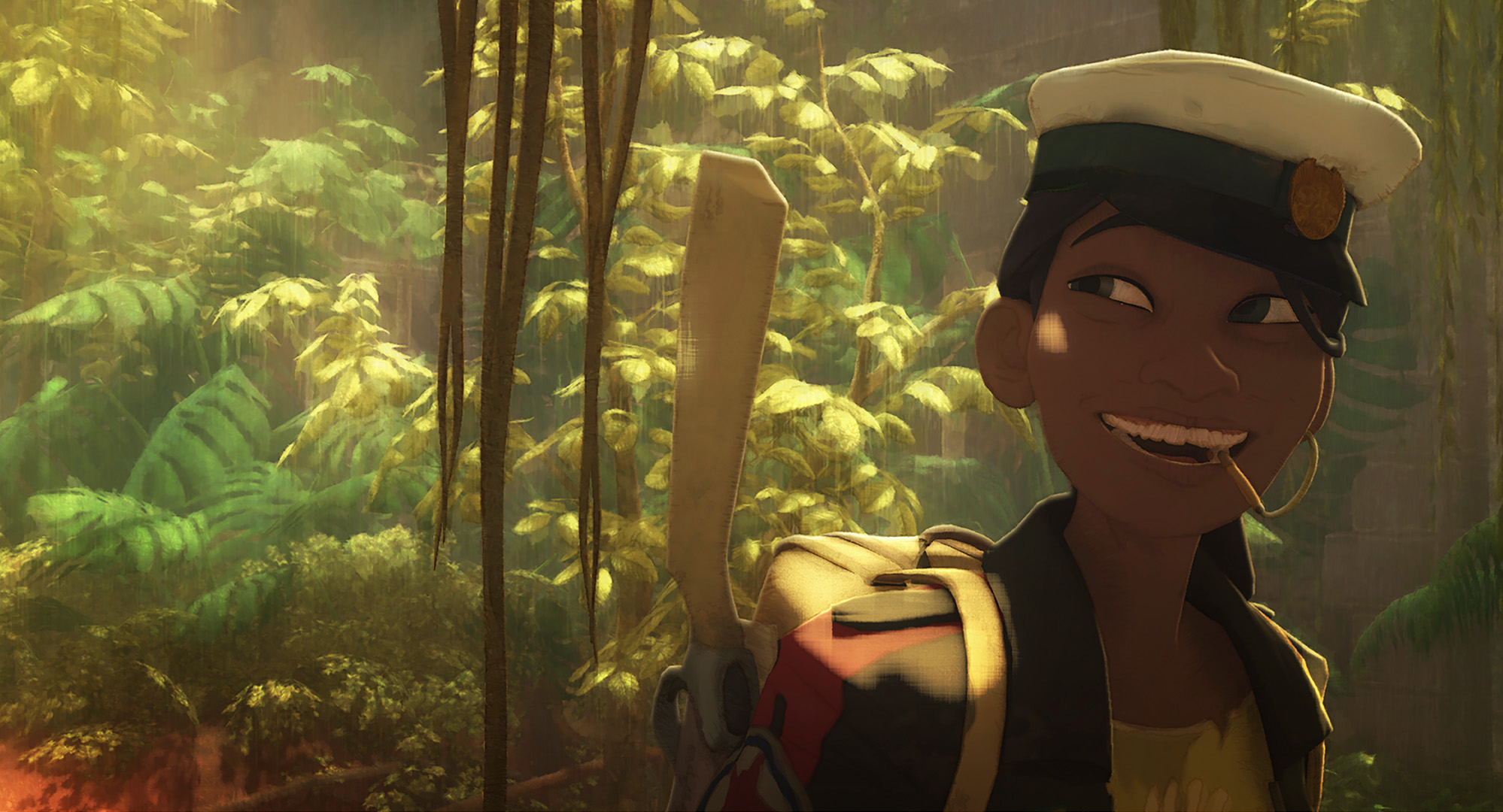 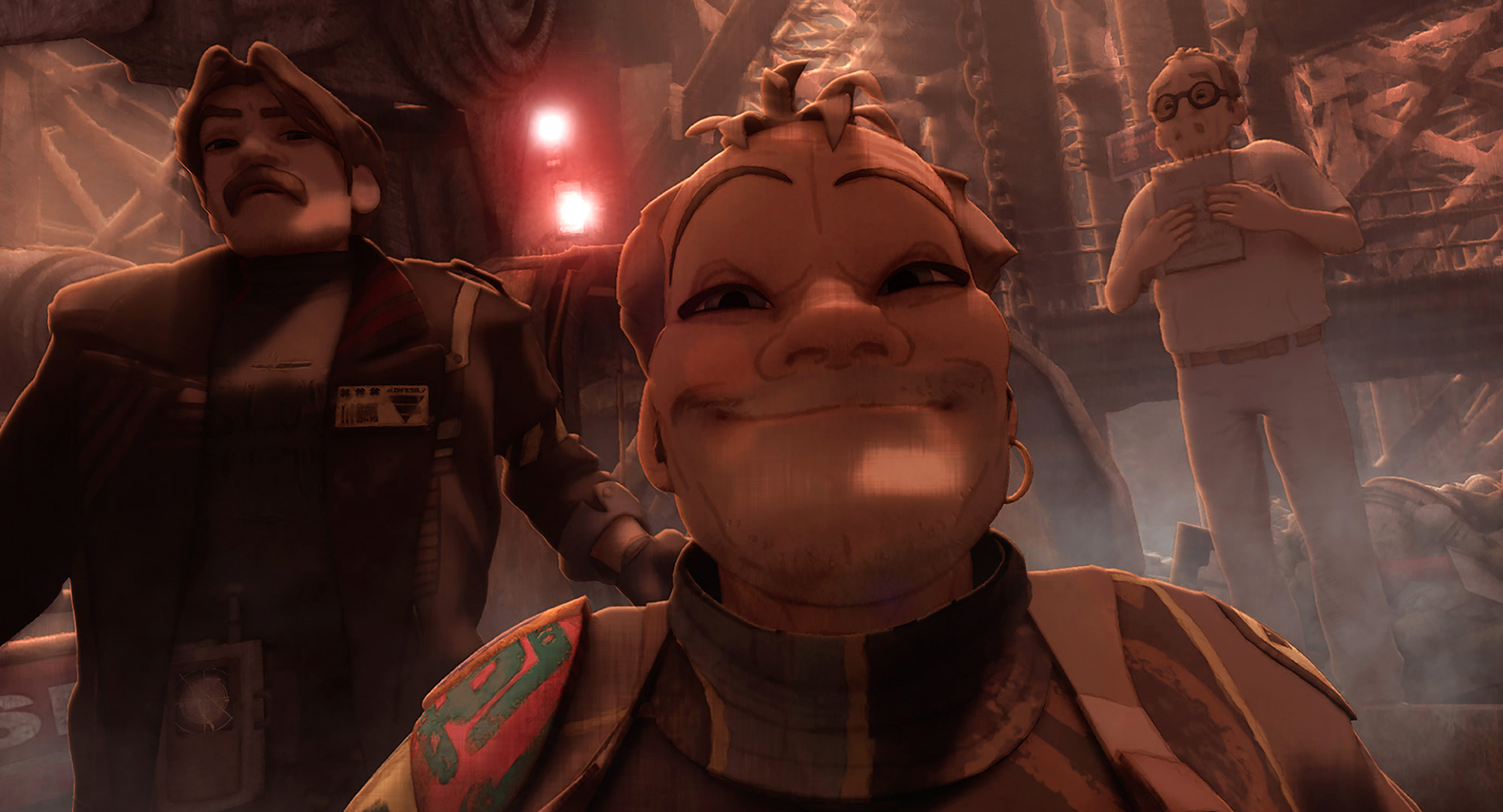 The film’s soundtrack will be available in digital stores from November 4, coinciding with the theatrical release of Yaya & Lenny. Music Alessandro Rack, Enzo Fonciello and Dario Sansone, Voga Frontman, Already on the original soundtrack to The Art of Happiness and Cinderella Cat. The soundtrack is also a collaborative work. “I’ve shared the work with Rak and Enzo Funiciello – explains Dario Sanson – it’s a soundtrack that’s as rich as the vegetation of the film and has more souls: it starts with folk and makes a continuous blend of musical languages ​​where it roots, meeting African or US voices. The other work was What we did is customize an instrument for each character in order to create a personalized design for the instrument we used.For example, Yaya is a harmonica for us, an instrument of freedom, portable, and can be melancholy but also aggressive and have great flashes.Or Lennie is an instrument A string we invented that mixes the sound of guitar, bingo, has a variable pitch so it’s a disharmonious instrument like our hero. And in the background the sound of drums reverberates which is the way of communication that the earth has.”

How much Foja is in this soundtrack? Certainly a song, “Duje as nuje”. It is a song based on the movie that starts from this love without Yaya and Lenny’s attention and becomes a song about love without genre and the combative feeling that can appear in two parts and can drive away or at least face life in a lighter way. . Then the unmistakable Samson guitar sound, another song written and sung by Ilaria Graziano.

When he went to the cinema “The Art of Happiness”The first movie of what’s going to be soon entertainment frenzy, is the boss Luciano Stella I decided to focus on animated films, which is a very small sector in Italy. “Madness is born not from planning, but from the meeting of this team, from the desire to be together in one goal – said Stella – and then reflection, great talents, and a special large space for animation.”

The Art of Happiness won the European Academy Award, EFA, for Best Animated Feature. Since then, he has climbed towards the success of the animation made in Naples. “This very young movie, small from a production standpoint, had character, material, character, so strong that it competed with the European animation giants. That was a huge boost going forward.” Then dedicate success with “The Cinderella Cat” which won twice David di Donatello then Ciak d’Oro, Nastri d’Argento And a number of other awards that Stella and her people proudly display in their headquarters next to the San Gennaro statue. Indeed, the madness, which brings Naples once again to be a distinction.

Professional journalist and video maker, in 2006 he started writing for many national and local newspapers dealing with news, culture and technology. He attended the Suor Orsola Benincasa School of Journalism in Naples. Among the various publications with which Rome has collaborated are AdnKronos News Agency, Repubblica.it, OmniNapoli News Agency, Canale 21 and Il Mattino di Napoli. Proudly Naples, it deals mostly with video and video transmission. She is the author of the documentary “Lo Sfizzicariello – Stories of Salvation from Mental Disorder”, which was mentioned especially at the Naples Film Festival.