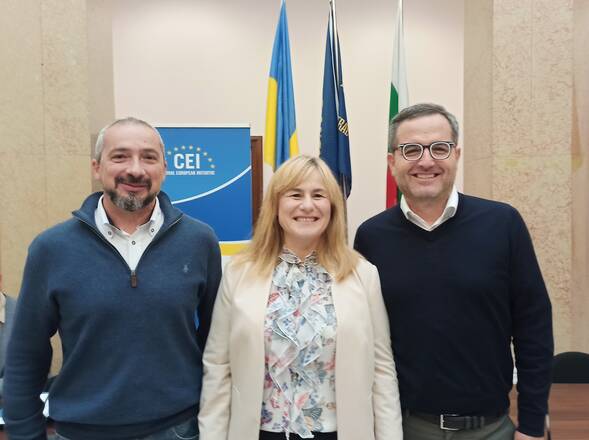 (ANSA) – Trieste, Oct 04 – “One of the positive aspects of the pandemic is that it has highlighted the value of health care. In many countries, governance is changing in this area: it is no longer the responsibility of the Ministry of Health but is dealt with in the Cabinet as it is dealt with Issues related to energy or economic development and this approach should not be limited to Covid but should consider investment in health a fundamental focus of the country’s economic development, linked to research, development and innovation.” Fabio Scanno, WHO Representative in Serbia and Special Envoy of the Regional Director for the Western Balkans, expressed his conviction in Trieste to attend a conference co-organized by INS and WHO. “We are facing terrible geopolitical periods. I think about the crisis in Ukraine, the new threats of epidemics and epidemics. The more tension there and the difficulty of dialogue between government leaders, the more health becomes the neutral political map. Which brings them closer. In the region where I work, the Western Balkans, there is no Lack of tension issues, but the health of the population can be among those who belong to the union,” he continued. “However, the approach does not have to be sectoral. It can be between health and trade, as it can be done on the subject of medicines, starting with vaccines. A platform can be created within the Western Balkans to facilitate energy. Small countries, disadvantaged in access to medicines, there are possibilities So enormous.

It is precisely this region where there is the highest “out-of-pocket” spending on health for citizens; Scanno explained that there are huge market forces that need to be managed. “The fact that health has a political identity was evident in the vaccine issue. – Note – here solidarity played an important role, with advantages from a geopolitical point of view. And the solidarity was great: Serbia, for example, donated vaccines to Bosnia in March 2021. Of course, the arrival of Vaccines late in the Balkans also led to a certain degree of “vaccine frequency.” We are working to understand the causes and develop interventions with local authorities. However, we must remember that in some population groups, such as those over 70, coverage Immunization in Serbia is high, at more than 80 percent. He said that in view of the winter it will be very important to continue vaccination, including influenza vaccination, especially the most vulnerable groups to protect them and the health system. “”The relationship between the World Health Organization began The Ines at the beginning of the pandemic represents the fact that Regional Director Hans Kluge and Secretary General of the Committee on Continuing Education, Roberto Antonion, immediately recognized the importance of the partnership between health, political governance and foreign policy, an effort that should be facilitated by all citizens and international institutions.” (Ansa).

READ  These little creatures were "unknown" to science, but the truth was revealed