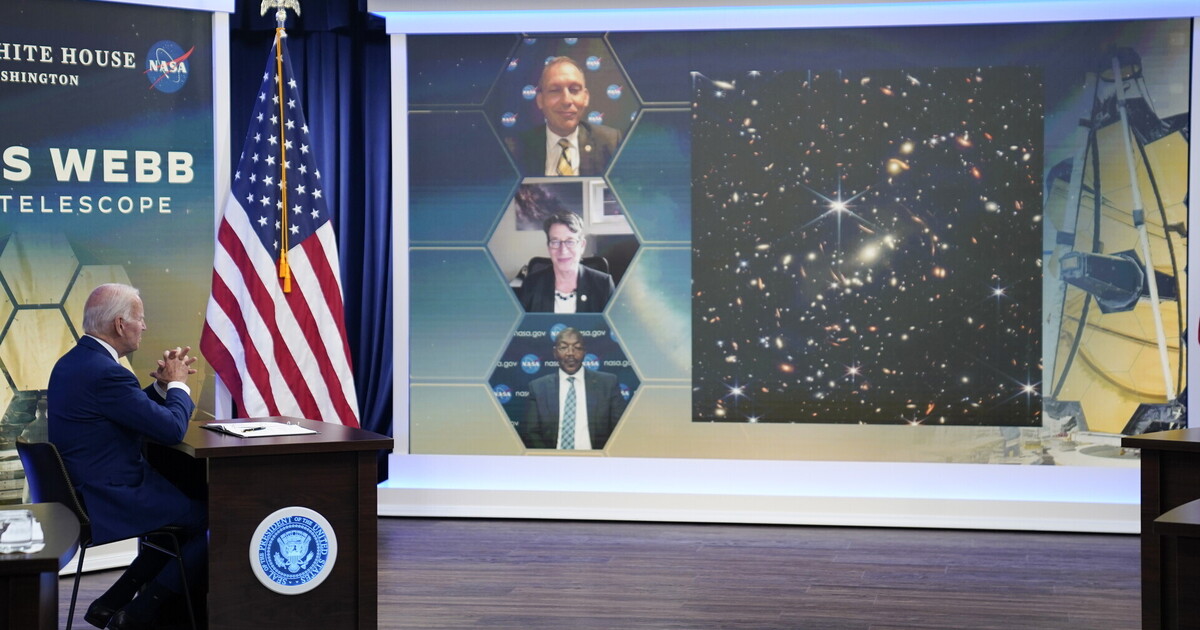 Biden celebrates discoveries about the universe as a US-only victory, but there are many winners in this story.

Two days ago US President Joe Biden revealed to the world First images from the James Webb Space Telescope, he did it in one of those big-time press conferences. He was flanked by Kamala Harris, vice president and chairman of the National Space Council, and NASA Administrator Bill Nelson. Photographs of distant space taken by the telescope will open a new chapter in exploration and space exploration.: James Webb is billions of light-years away from us and can go 100 million years from the Big Bang to the beginning of everything.

The largest telescope launched from Earth seven months ago is no longer just about science and research. It was the first space victory that the Biden administration wanted to use in this new, unprecedented space race. The Cold War Space Race: “These films will remind the world that America can do great things,” Biden said, “and that we can see possibilities that no one has seen before. We can go places that no one has gone before.”

However, Biden forgot to remember one basic detail: Without the European Space Agency (ESA), and without the Canadian Space Agency, James Webb would not exist.. In a perfect campaign pitch, the US president added: “As an international collaboration, this vision encompasses the way America leads the world, not by the example of our power, but by the power of our example.” It’s true that NASA is the main funder of the project, but the fact that Biden didn’t mention Europe and Canada was noticed by many outside US borders, especially the most ambitious of NASA’s space programs, the Artemis project. A return to the moon, in which many international organizations are already participating.

The terrestrial threat from authoritarian states like Russia and China has long come into space, and even the West has realized a little too late that the moment of international cooperation with Moscow and Beijing requires boundaries and limits. Biden’s words are related to the need to rebuild the image of American leadership internationally, but the danger is that the strength of the grand coalition of democracies that erupted immediately after Russia’s invasion of Ukraine will weaken. Instead there will be no effective campaign space.

In our own little way, yesterday’s first launch of Vega-C in Kourou, French Guiana would have been enough. It is a brand new launcher developed by thirteen European countries in a joint effort coordinated by ESA. Italian industry was the first to put these pieces together: Aveo from Colferro created the Vega family. The missile carries, among other things, the Italian Space Agency’s Lares-2 satellite. Despite sovereignties, crises, and pandemics, one part of Europe has continued to work together and achieve surprising results. Again the most important news comes from space: like the EU, ESA doesn’t know how to communicate. That’s NASA’s business. But like the EU, the ESA is increasingly indispensable.