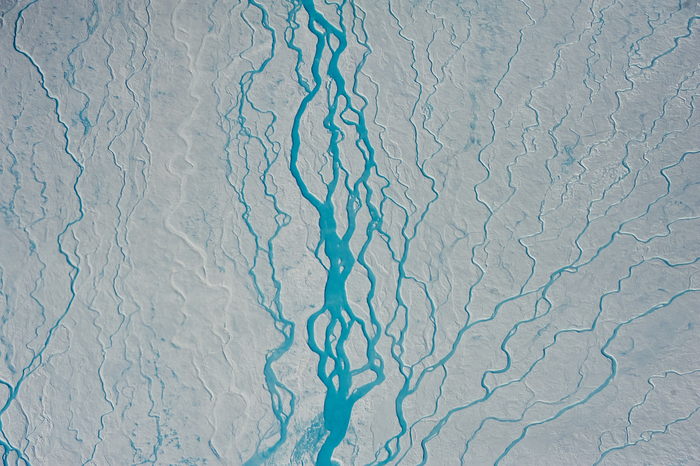 In the heart of Greenland, temperatures have never been so high for at least a millennium, with 1.5 degrees more than in the 20th century in the decade from 2001 to 2011 and global warming also reaching the central part of the island. This is indicated by the study published in the journal Nature and led by the German Alfred Wegener Institute, which reconstructed the climatic history of Greenland from the year 1000 to 2011, thanks to ice cores of unprecedented length and quality. The results surprised the researchers, who did not expect such a noticeable temperature difference compared to the past, even in the most inland areas of the island.

The Greenland ice sheet, up to 3,000 meters high and several kilometers thick, plays an essential role in the global climate system. With the vast amounts of water stored in the ice, equivalent to about 3 million km³, the melting and consequent rise in sea level is a point of no return: if global emissions rates remain the same, in fact, it is expected that the ice sheet will lift Ocean level will average about 50 cm by the year 2100.

The researchers, led by Maria Horhold, measured the concentrations of oxygen isotopes (atoms with a nucleus made up of the same number of protons but a different number of neutrons) in the ice cores, which varied with the temperatures prevailing at the time the ice formed. The findings highlight how warming has now also reached the heart of the island: “These data show – says Horhold – that the warming between 2001 and 2011 is markedly different from the natural changes observed in the past 1,000 years.”

READ  That is why he will only see his daughter now »- Corriere.it