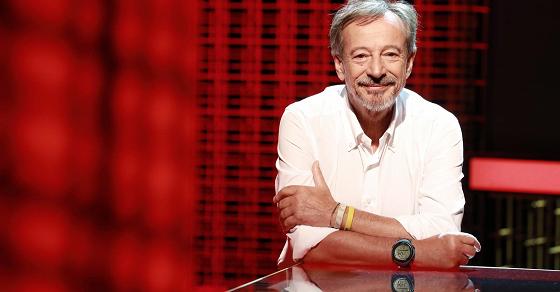 A new course in eight dates on the most important and complex topics of the reality that surrounds us: it begins again with “War and Hunger”, broadcast on Monday August 29 at 21.25 on Ray 3 “Presadereta”, the program of Ricardo Iacona and Cristina de Retes, Collaboration with Giulia Bossetti, Lisa Ioti and Raffaella Posedo.
An episode dedicated to the wheat war triggered by the conflict in Ukraine, and also by climate change and speculators. The domino effect that has spawned a wave of famine and social tensions in already poor countries, and increased spending on food is putting families across Europe in difficulty and accentuating the contradictions of the Western agricultural model, which produces and wastes too much.
Guest in the studio with Ricardo Yacona, Maurizio Martina, Deputy Director-General of the Food and Agriculture Organization of the United Nations.
Prisadereta went to Ukraine, one of the world’s leading grain producers, to find out the direct consequences of the war on production and harvest. Will reopening Ukrainian ports to ships carrying grain solve the global crisis? And then in Lebanon, where a shortage of flour and the cost of energy to make bread is causing the country to default.
According to the World Bank, every one percentage point increase in food prices pushes 10 million people into extreme poverty. Why, then, does the high food prices often have nothing to do with the shortage of this product? Is there anyone getting richer because of hunger in the world? Banks, insurance companies, hedge funds, pension funds, and investment funds have become the major players in the commodity financial market. What are the effects?
How is European support for agriculture and livestock distributed, who really wins and who gets punished? It was the Prisadereta region of Hungary, where large landowners own most of the land, farmland speculation is rampant, small farmers are disappearing, and organic farming is minimal compared to intensive farming. Who is against the new, more environmentally sustainable European agricultural policy project?
“War and Hunger” is a story written by Riccardo Yacona with Marcello Bricciaroli, Elisabetta Camilleri, Daniela Cipollone, Lisa Iotti, Elena Marzano, Irene Siccorella, Fabio Collazo, Raffaele Manco, and Massimiliano Torcia.

READ  "Use the atomic bomb?" It wouldn't make sense »- Corriere.it