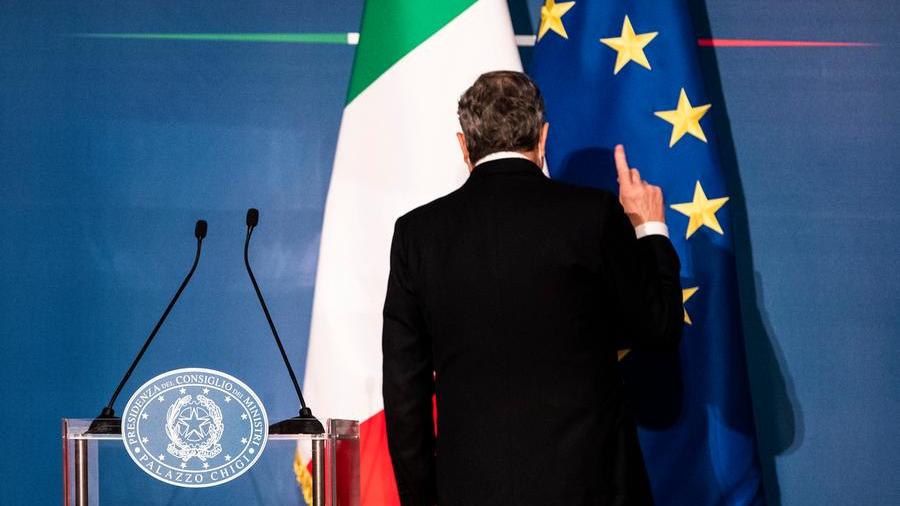 After a long afternoon of noisy meetings, the government approved the compulsory (two-dose) vaccination against Covid-19 for all those who are at least 50 years old. The rule will come into effect from February 15 and will remain in effect until June 15. Those in this age group will need to use the enhanced green lane to continue commuting to work. And while the new cases of Covid-19 are approaching 200 thousand, it was 189 thousand yesterday, the government decided to tackle the epidemic with the fourth decree within several weeks. And again it does so through a compromise that looks at the balance of power of the majority and the need to not bother anyone more than the scientific data.

League ministers were the first to announce their opposition to a generalized vaccination obligation, followed by the 5-Star Movement. But after the first protests, the league modified its positions, declaring that it was ready to accept the obligation to vaccinate, but only for those over 60, as the most representative age group in intensive care.

For its part, the Democratic Party has been in favor of a commitment to vaccination for all, but has opposed, along with labor unions, another hypothesis put forward in recent days and so desirable by Confindustria: a commitment to have a great green corridor in the workplace.

As meetings between leaders and ministers continued, half a dozen hypotheses were followed about the possible combinations of these actions. But once one party came up with something nice, the others grew up with something else.

When it was now certain to extend the Super Green Passage obligation to attend banks, insurance companies, public offices, and non-essential merchandise stores, the League’s ministers, who had just renounced the obligation at age fifty, rose up and publicly announced that they would. He would not vote on the decree if the rule was not repealed, which it did immediately.

But at 20.30, after this little League victory, more “hard” ministers proposed reducing the vaccination obligation from 50 to 40 years. While someone from the center right, talking about Minister Renato Brunetta, has re-launched the idea of ​​a super green corridor for workers.

Cross-border vetoes and cumbersome negotiations have produced complex rules that add to the already blurred picture. The new rules adopted yesterday for school quarantine vary depending on the age of the students and their vaccination status. There is little room left for any other rule, appeal, or interference. For example, with regard to remote work, which has been requested with increasing insistence by international health authorities, experts and trade unions, the Cabinet decided to publish a brochure to “educate” employers, both public and private, about smart work.