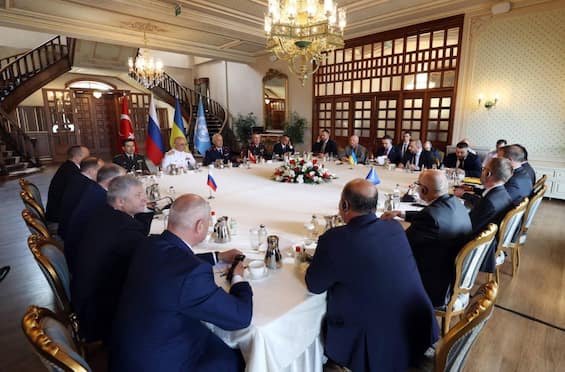 Guterres: “A glimmer of hope for a recovery in grain exports”

A “decisive step forward” was taken in talks to resume grain exports between representatives of the United Nations, Ukraine, Russia and Turkey in Istanbul. This was stated by United Nations Secretary-General Antonio Guterres in an interview with reporters last night in New York. “Today we finally have a glimmer of hope,” the Secretary-General added, but did not disclose details of the plan to resume exports, saying only that although “other technical works” still needed to be done, the push for the agreement had accelerated. Guterres’ comments came after the Turkish Defense Minister announced that it was agreed at the meeting to establish a coordination center in Istanbul. According to Akar, “Consensus has been reached regarding joint controls at ports of departure and destination and safety of ships along transportation routes.” Moreover, the Ukrainian and Russian delegations will meet again next week in Turkey and “all the details will be checked and the completed works will be signed.”

READ  Three sisters died, be on vacation in Guatemala