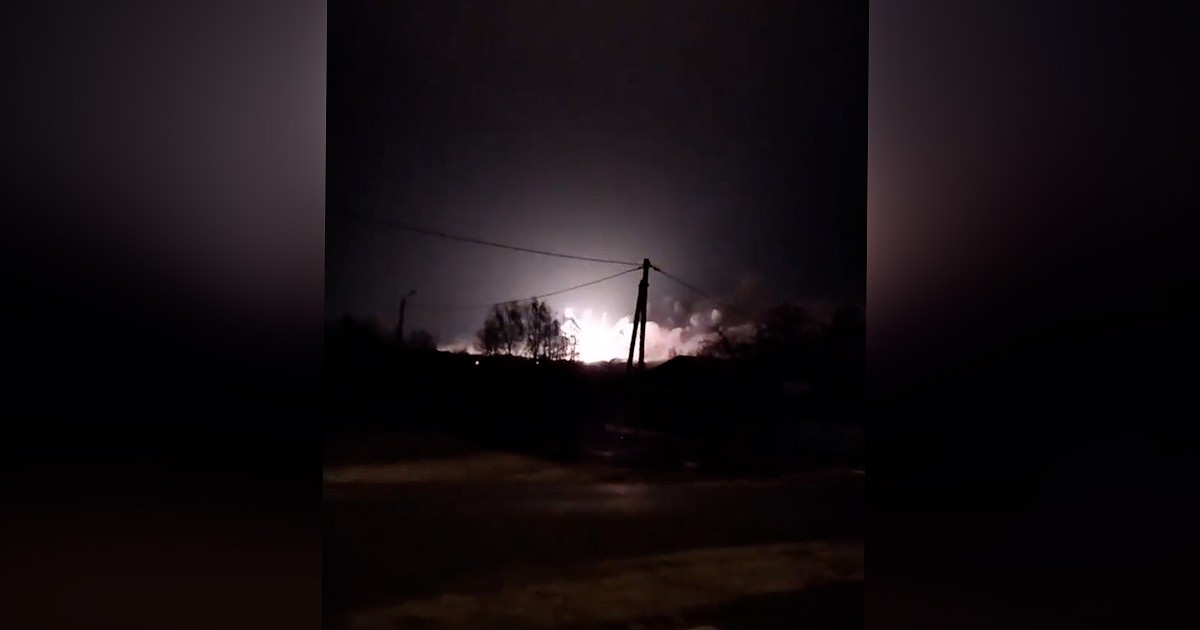 For the citizens of a city Belgorodon the border withUkraine, speaks of a powerful explosion in a military depot that occurred in the evening near the village of Krasny Oktyabr. According to the district governor, Vyacheslav Gladkov, who activated the emergency service, there are currently no reports of civilian deaths or injuries. And on social media, there are dozens of videos taken by residents, in which roars are heard and flames can be seen. In recent days, in Belgorod, a Russian military chaplain was killed by a Ukrainian missile attack. The Military Department of the Moscow Patriarchate stated on social media that Oleg Artyomov was in the village of Zhuravlyovka when he was “bombed by a Ukrainian Smirch missile launcher and he died”. That was from the priest The first death on Russian soil Because of the Ukrainian fire that has been announced since the start of the Russian attack on Ukraine.