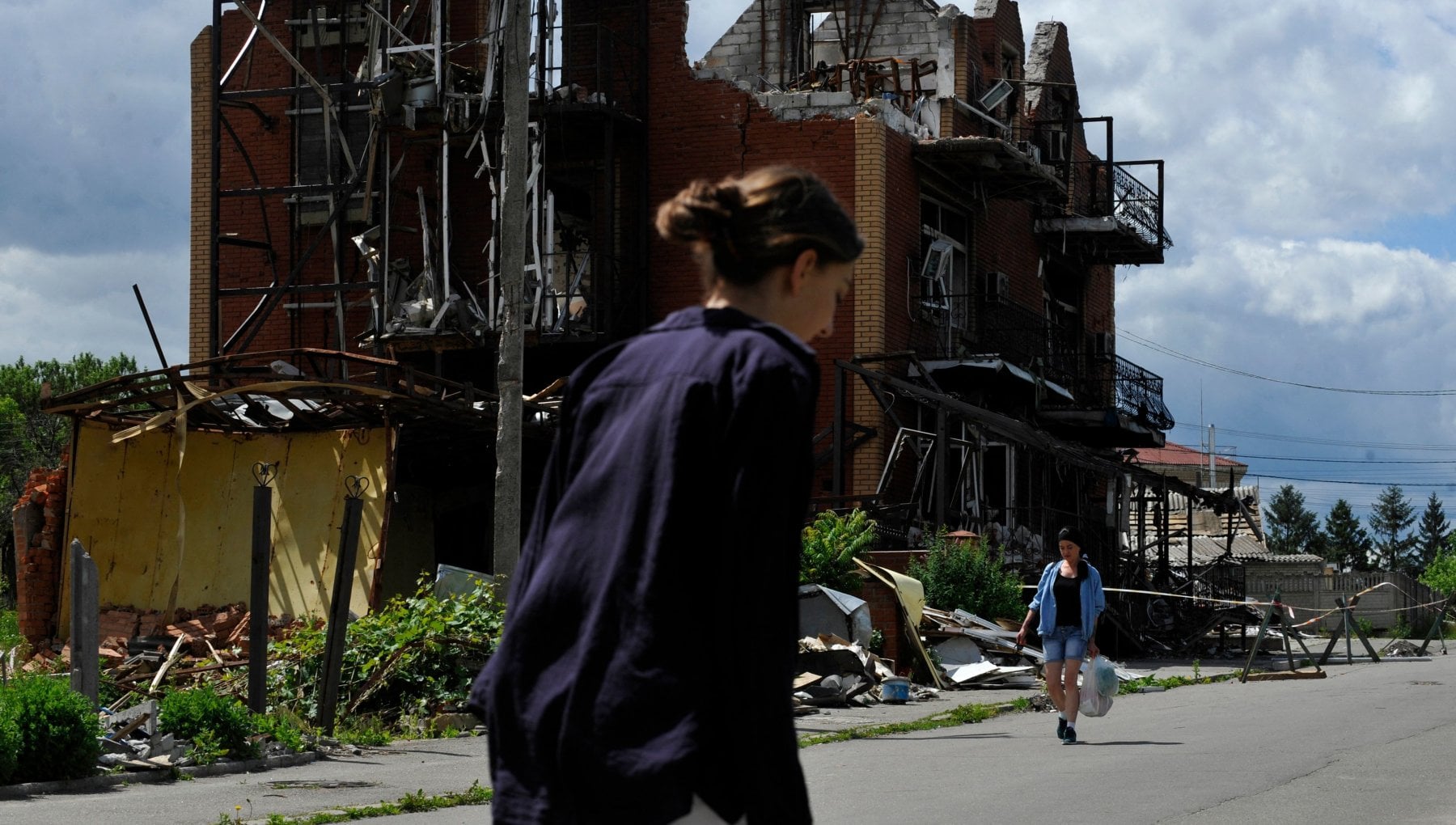 He emphasized support for Ukraine but also tried to explore possible ways out of the conflict. This is the goal Mario Draghi, Emmanuel Macron, Olaf Schulz Arrival in Kyiv in the morning. Sources from Palazzo Chigi know that “a strong message of solidarity will be sent”. The head of the Elysee is clear: “The Ukrainian president and his officials will have to negotiate with Russia,” Macron said. Meanwhile, Zelensky thanked the United States, saying: “Grateful to Biden for the unprecedented support.” In the field, there is a case Two American volunteers arrested near Kharkiv. The White House says it is unable to confirm the news, but adds: “If true, we will do everything we can to bring them home.” But in the meantime, the Russian advance continues, more violent than ever: in Lugansk, the Russians are now attacking from nine directions.

07:30 Sumy Governor: “Four killed and six wounded in an attack at night”

The governor of Sumy region reported that 4 people were killed and 6 wounded in the overnight attack.

Kremlin spokesman Dmitry Peskov returned to talking about the nuclear dangers and did so with ambiguous words: “I believe that the media today should be professional enough to avoid asking such questions and the interviewees are wise enough to avoid answering,” he said. On questions about the possibility of nuclear war as a result of the conflict in Ukraine.

US President Joe Biden calls for new aid to Kyiv: “This morning I spoke with President Zelensky to discuss the ongoing brutal war with Russia. I reaffirmed our commitment to supporting Ukraine and shared the fact that the United States provides more than $1.2 billion in humanitarian and security assistance.”

This morning I spoke with President Zelensky to discuss Russia’s brutal and ongoing war against Ukraine. I reaffirmed our commitment to stand with Ukraine and shared that the United States is providing more than $1.2 billion in additional security and humanitarian assistance.

Canada will donate an additional $9 million in artillery spare parts for Ukraine. This was announced by Canadian Defense Minister Anita Anand. Spare parts – shown on the Government of Canada website – consist of ten barrels for the M777 Howitzer, howitzers that require regular replacement of the fire barrel to ensure maximum accuracy and range. Canada has pledged $274 million in military assistance to Kyiv since February 2022.

02.05 with the absolute record for the war of fleeing people in the world

The Russian invasion of Ukraine and other emergencies such as Africa or Afghanistan pushed people fleeing the world to a record 100 million in May 2022. According to the UNHCR’s annual statistical report, “Global Trends 2021” published today, at the end of last year, there were 89.3 million people are at large, an increase of 8% compared to 2020 and more than double the number recorded 10 years ago.

NATO meeting in Brussels: More heavy weapons for Ukraine. And the ghost of a long struggle

By our reporter Claudio Tito

The Miami City Council has launched an initiative aimed at getting weapons, especially semi-automatic assault rifles like the AR-15 and AK-47, out of circulation and sent to Ukraine in its defense against the invasion of Russia. The initiative was published using the hashtag #guns4ukraine. The guns’ handover was scheduled for next Saturday live at City Hall with the assurance that “no questions will be asked” to anyone who chooses to join in and hand over their pistol or rifle.

00.10 Zelensky to Biden: “Thank you for the unprecedented support”

In a phone conversation, Ukrainian President Zelensky thanked Joe Biden for the new 1.2 billion aid package. “The US security support is unprecedented. It brings us closer to achieving a joint victory over the Russian aggressor,” he said.

00:15 Draghi, Macron and Schultz are on their way to Kyiv

German Chancellor Olaf Schulz has left for Kyiv, where he will meet during the day with Ukrainian President Volodymyr Zelensky. This was stated by German public radio ZDF, which cites “reliable sources”. The chancellor will arrive in Kyiv accompanied by French President Emmanuel Macron – who is in Poland – and Italian Prime Minister Mario Draghi. Some photos commemorate the three leaders during the trip.

“The fierce struggle for Luhansk continues and the Russian invaders are trying to attack simultaneously from 9 directions.” Commander-in-Chief of the Armed Forces of Ukraine Valery Zaluzhny said on Facebook. “The enemy concentrated its main offensive resources in the north of the region and launched nine different attacks at the same time,” reads the letter emphasizing the centrality of Severodonetsk, “which is a key city in the defense system of the entire Lugansk Territory.” Then, in conclusion, salute to the soldiers, who were known as “heroes”, and the promise: “We are Ukrainians, we will stand up and win.”

American attempts to “suffocate” Russia with sanctions “did not succeed.” Kremlin spokesman Dmitry Peskov said in an interview with RIA Novosti. “There are international experts, even in America, who say that something is not working.”

READ  Mourning for former competitor GF Vip and Dancing with the Stars: His brother passed away