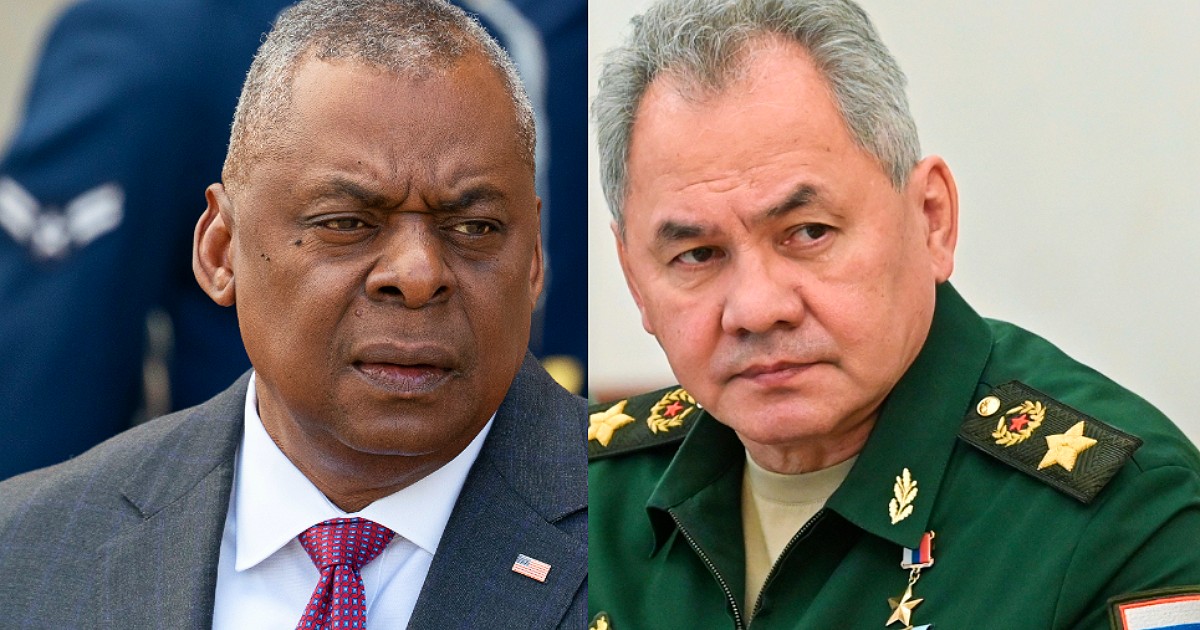 USA: “The United Nations is investigating the use of Iranian drones in Ukraine.” Moscow: “outrageous request”

“The United Nations must investigate” allegations of Russia’s use of Iranian drones in Ukraine and “we cannot allow Moscow or others to prevent the United Nations from carrying out its mandate.” The American ambassador said that Jeffrey DiLaurentis, Adviser on political affairs for the Security Council. He pointed out that there is a lot of evidence, such as photos and videos, that document the use of drones. The US request for an investigation adds to those already conducted Great Britain, France and Germany.

United Nations: “At least 38 Ukrainian civilians killed between 10 and 18 October.” More than 6 thousand since the beginning of the conflict

“In a recent and alarming development, Russia launched a series of attacks on cities across Ukraine, striking critical infrastructure. Between 10 and 18 October At least 38 Ukrainian civilians were reportedly killed and at least 117 injured From missile and drone attacks. In accordance with international humanitarian law, attacks on civilians and civilian infrastructure are prohibited.” The UN Head of Political Affairs said, Rosemary DiCarlo, during a meeting of the Security Council. “We are on the path of further escalation that can only cause more suffering to the people of Ukraine, Russia and the rest of the world – and this path must be reversed,” he added.

“Civilian casualties in the war in Ukraine so far,” DiCarlo added 6322And the wounded were 9,634″. This was stated by the head of UN political affairs Rosemary DiCarlo at the Security Council. The data, from the Office of the High Commissioner for Human Rights, ranges from February 24 to October 18. “At least 397 children have been killed in the war since February 24,” “The actual numbers may be much higher,” he added.

A new call from China to stop the escalation. “Do not close the door to politics”

China reiterated that it is necessary to prevent the war in Ukraine from becoming “longer and wider”, calling for a “de-escalation”. Deputy Ambassador of Beijing to the United Nations Jing Shuang During the Security Council meeting, he called on the parties to “exercise restraint and avoid actions that lead to a further escalation of the conflict.” He added that “peace is the solution to the humanitarian crisis in Ukraine,” noting that “the door to a political solution cannot be closed.”

In the Belgorod region of Russia, a power plant was damaged “as a result of the bombing” and after the fire there was a victim: the local authorities say, due to the interruption of water supply and power outages. According to the governor of the Belgorod region Vyacheslav Gladkov on Telegram, the power plant next to an industrial enterprise was damaged. “In this regard, a number of consumers have been disconnected from the light, and many water supply and sanitation facilities have also been closed,” he added.

Washington Post: “Russia is making the same mistakes as the Confederacy in the American Civil War.”

Russia is making the same mistakes as the Confederates in the American Civil War (1861-1865) and will lose the war as well. The comparison was made by The Washington Post, emphasizing that eight months after the invasion of Ukraine, Russia lacks “soldiers, equipment, and supplies.” “These defects may form soon Russia is in an unsustainable situation. Troop morale plummeted, with soldiers fleeing their units and civilians growing protest. “With the economy in trouble and Ukraine launching a powerful offensive, news from the front and within the country suggests that Russia may lose the war,” the newspaper wrote.
According to the newspaper, the mistakes of the Moscow people are the same as those of the Confederacy: the assumption of easy victory, the mistakes of intelligence and the resistance of civilians. “there Russian intelligence consort, The partial administration and coercive policies of Vladimir Putin, the reactions of soldiers and civilians make a clear Russian victory in Ukraine increasingly unlikely.” “No one can predict the future, but if we take the history of the Confederacy as evidence, there isRussia may soon face insurmountable obstacles both within and within Ukraine‘ concludes the newspaper.

The President of Ukraine, Volodymyr Zelensky, signed a law on the voluntary recruitment of women into certain professions in the army. Unite reports.

Russia is working on a “deliberate delay” of exports through the grain lanes from Ukraine. Ukrainian President Volodymyr Zelensky condemned this.

Zelensky is pleased with the “good results” of the counterattack in the southern Kherson region.

Ukrainian President Volodymyr Zelensky expressed his satisfaction with the “good results” of his army’s counterattack in the southern Kherson region.

Two new Eurofighter aircraft of the Italian Air Force took off for “Air Police” activities in Poland. The Italian fighters took off, yesterday and today, to intercept Russian planes that were flying close to the NATO borders. The same armed force reported this in a tweet.

#crowd
Two new seats on the alert for # Eurofighter From#air forces Engaged in business #Education_Home in Poland.
Italian fighters took off, yesterday and today, to intercept Russian planes while they were flying near the border #Boy pic.twitter.com/xpPw0inKJr

The 27 EU leaders are considering how to support Ukraine, which will need $3-4 billion a month next year. “European Commission President Ursula von der Leyen announced – she will contribute 1.5 billion, for a total of 18 billion in 2023.” The finance ministers were mandated to put in place a mechanism to secure funds in a “stable and predictable” manner. What about the rest? It will come “from the United States” and “from international agencies.” but this is not all. “There she is 300 billion Russian state assets were frozen at the start of the war: let’s use themIt was the proposal of Estonian Prime Minister Kaja Klass. It is an idea that is gaining weight – so much so that there is a mention in the summit’s official conclusions and the President of the European Council, Charles Michel, spoke about it publicly at a press conference.