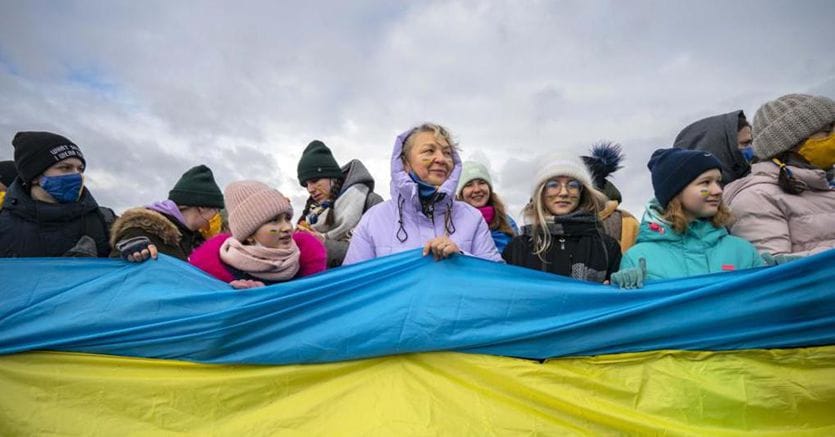 Draghi for Zelensky, Italy’s support for its territorial integrity

The Prime Minister, Mario Draghi, had a telephone conversation today with the President of Ukraine, Volodymyr Zelensky. In the midst of the talks, explains a note from Palazzo Chigi, there were the latest developments of the Ukrainian crisis. President Draghi reiterated the Italian government’s firm support for Ukraine’s territorial integrity and sovereignty. The importance of strengthening a joint commitment to a sustainable and lasting solution to the crisis, while maintaining an open channel for dialogue with Moscow, was shared. As part of the intense diplomatic work undertaken by Italy, together with partner and allied countries, the Chigi Palace confirms, Minister Luigi Di Maio is visiting Kiev today for talks with his counterpart Kuleba.

US and UK convinced to launch attack

In the morning, the US and UK both reiterated how far the situation was about to precipitate. British Foreign Secretary Liz Truss told Sky News that Putin had not yet decided whether or not to invade, but that an invasion was still “highly likely” and Russian forces were capable of an “imminent” attack. He said British intelligence indicated that Vladimir Putin had not yet decided whether to invade Ukraine or not. Truss said Putin “can still change his mind” and urged the Russian president to “step back from the cliff”, stressing that the UK was “currently preparing for the worst”.

Washington is also raising the alarm about the threat of a Russian attack on Ukraine this week. “We are deeply concerned that Russia will take action against Ukraine already this week,” US Secretary of State Anthony Blinken told France 24 television. “Everything we see regarding the deployment of Russian forces around Ukraine leads us to this conclusion.” He stressed that “the path to diplomacy is still open.” “We are doing our best to convince Russia that it must take the path of diplomacy and the path of dialogue to resolve all existing differences peacefully,” he added.

In the Ukrainian crisis, gas is the problem that no one is hiding from. Gas appears to be in sharp decline in the market in Amsterdam, where methane is being paid for at €73.1 per megawatt-hour, down 9.5% from the value recorded in the previous session. Lightning on the Ukrainian front, with the withdrawal of some Russian troops from the border, and the agreement signed between the European Union and Japan for the shipment of LNG, liquefied natural gas arriving in the Old Continent by ship, affected the negotiations. It was then regasified and put on national grids. NATO Secretary General Jens Stoltenberg also spoke about gas: “Nice phone call with Azerbaijani President Aliyev. We talked about the regional security of Russia and the military build-up in and around Ukraine, including the implications for energy markets. She thanked Azerbaijan for increasing gas supplies and being a reliable energy supplier for Europe”.

Draghi calls the Ukrainian president when Di Maio’s mission begins in Kiev. We discussed with Prime Minister Mario Draghi the security challenges facing Ukraine and Europe today. We exchanged views on escalating work on all negotiation formats and opening the peace process. I appreciate Italy’s support for Ukraine.” President of Ukraine Volodymyr Zelensky wrote in a tweet.