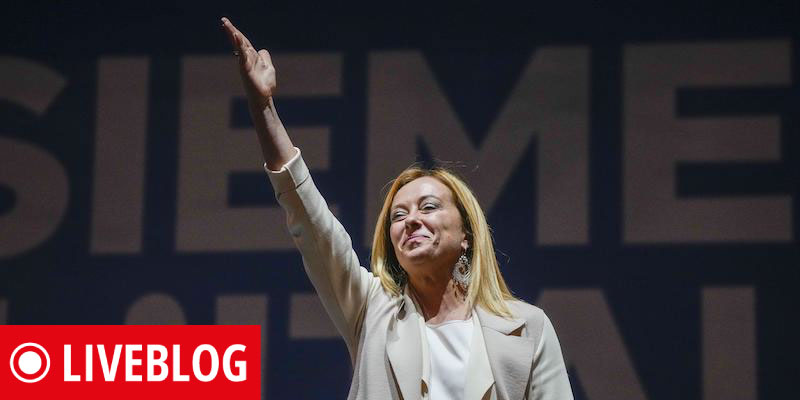 The right-wing coalition won the political elections with 44% of the vote: the polls ended and Fratelli d’Italia’s party, Giorgia Meloni, is the first party with 26%, while Lega and Forza Italia respectively have 9% and 8%. In Parliament, the coalition would have a majority of just under 60 percent, well short of a two-thirds majority, through which the right could change the constitution on its own: it would have at least 235 seats in the House of Representatives and 112 in the House of Representatives. Senate (9 seats in the Senate and 11 in the Senate are still to be allocated, most of them are elected abroad). The center left had 26%, the 5-star movement had 15% and the third pole had 8%. The Mail Follows the Monday after the vote with a live blog where you will find all the news and results (available in detail at This private page).