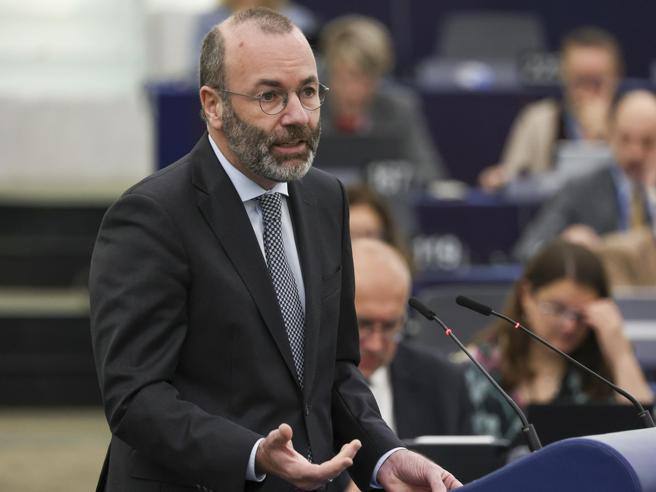 Group Leader in the European Parliament: “If you cannot distinguish between illegal immigrants, asylum seekers and refugees, you cannot help those in real need”

Brussels – I think it is necessary, first of all, to protect the borders and the state should be able to determine who arrives and who is not welcome in the EU. That’s easy enough on the land frontier. There are physical boundaries there, and the fence can also be built as needed. It is very difficult in the case of maritime borders, as we see in the Mediterranean Sea, the Aegean Sea or the Turkish Sea.” German Manfred Weber is President of EPP And the group leader in the EU Parliament: “If you can’t distinguish between illegal immigrants, asylum seekers and refugees, you can’t help those in real need.” for Weber «This crisis is between Italy, France and Germany It should be a bell for the Czech presidency to finalize the agreement on the Pact on Immigration and Asylum: a common solution must be found.”

Is there a migration emergency in the Mediterranean?
“Yes, there is an immigration emergency, but also in the rest of the EU because the numbers are growing rapidly. On the Mediterranean route, we have an increase of about 80% compared to last year’s data, and in the rest of the EU we now have an additional flow of immigration from the east It is represented by Ukrainian refugees. There is a special situation of concern throughout the European Union. That is why I expect the European Union as a whole to find an answer. So it is not a matter of one country.”

READ  British Airways will cancel nearly 10,000 scheduled flights to and from Heathrow Airport, the busiest in London and the UK

How do you read the ongoing tensions between Italy and France over the Ocean Viking case?
Countries like France and Germany
They promised the countries of the South a voluntary resettlement programme. They have promised that they will take in more than 8,000 refugees from Italy and other countries to help them, because they are under pressure because they are a borderline. But only 117 people were transferred and France took in 38 of them: these are the numbers received by the commission. Paris and Berlin did not fulfill their obligations. But we must keep our promises: this is the starting point for all European solutions. Instead, Italy has been left on its own in recent years and also this year. I call on France and Germany to fulfill their promise.”

France accuses Italy of not respecting international laws related to rescue operations at sea. agree?
“It is imperative that Europe does not lose its base of values. The right to asylum is one of the fundamental principles for which those who fight for democracy, freedom and human rights at the global level must view the European Union as a safe haven. Like those who are now fleeing from Iran. It is clear that we have to rescue people at sea if they are looking for safety. And I am sure that all the border guards out there in the Mediterranean, from the Italians to the Frontex, from the Maltese to the Greeks and Spaniards, are doing their best to keep these principles alive.”

Italy wants to strengthen measures to counter the activities of NGO ships, the German ambassador to Italy praised its activity, and the commission said there is a clear legal obligation to save lives at sea, without distinguishing between ships. What is the position of the EPP?

“I completely agree with the idea that it does not matter whether it is a private ship or a state border guard: first of all, it is important to save lives. But the question is: who threw out the migrant boats to be saved? The message from Italy, Greece, Malta and Cyprus
It makes us understand that they are alone again. There is a second aspect: the biggest problem in the Mediterranean is the human traffickers. We must work to prevent them at the European level. Several EU countries have a restrictive approach to immigration: Denmark, Sweden and now Great Britain. However, this must be carried out not against migrants, but against human traffickers.”

What do you think of the Italian request for a code of conduct for NGO ships?
“I like it very much, and I support a common approach on how to manage rescue mechanisms and approaches to rescue in the Mediterranean. It may help us organize things better. It is clear that the member state must be in the leadership position.”

What are the obstacles envisaged by the Voluntary Solidarity Transition Mechanism?
It is a matter of political will. And if the political will in France and Germany is too low to accept more immigrants from Italy, the Italian government should not be blamed for trying to control the new arrivals as much as possible. About 50% of all migrants arriving in the Mediterranean and Italy are not “traditional” refugees fleeing war or seeking asylum. They are illegal immigrants looking for work, not protection. That is why we must be honest: this has nothing to do with the right of asylum.”