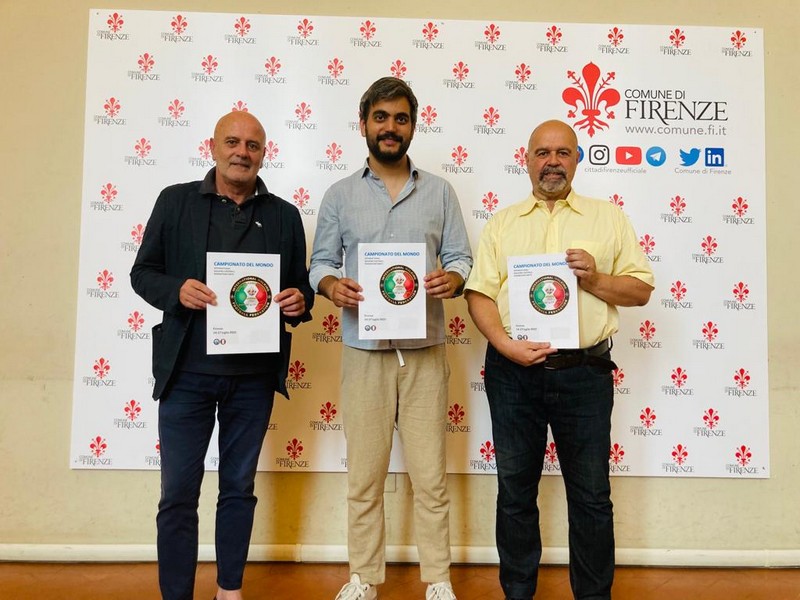 It is called walking or stationary football but its essence does not change: we are faced with a new way of living and an interpretation of “the most beautiful game in the world” which proposes some rules specifically studied to avoid injuries and to allow play that, for reasons of health or age, would struggle to enter the field.

From July 14-17, Florence will be the site of the World Championships. After the 2021 edition was dedicated to Sweden, which was not in dispute due to the pandemic, Italy was given a mandate to organize the next edition, drawing on values ​​and organizational capacity known around the world. The event, this morning at Palazzo Vecchio, was presented by Sports Adviser Cosimo Guccione, Andrea Pulferosi, Italian Delegate for the FIFA Walking Federation, Sauro Fattori, Italian local over-60 and former ACF Fiorentina player and Francesco Fornai, Marketing Officer.

Walking Football was born in England in 2011, after a poll among members of different over 50 clubs where they were asked what activity they would like to do. It turns out that many still want to play football. Hence the idea of ​​creating a new game, that is as faithful as possible to the football we know and play, to allow people who are either older or less physically able to enter the field.
In general, the rules of football walking are 20.

The strict and fast rule is that at the slightest signal to run, the referee stops the match and takes a free kick to the opponents. While he is ready to turn a blind eye to the quick move. Among other things, contrast and physical contact are prohibited; The ball may not be played over the heads of players (heading is not allowed); The match is played with 6 players per team on the field (6 vs 6): 5 players and 1 goalkeeper. And again, the standard size of a field is 20 meters by 40 meters; door size 4 m (width) and 2 m (height) (4×2 m); The last two halves are 10 minutes long, with a short break after the first half. All players (except the goalkeeper) remain outside the designated goal areas. in front of the door. There is no offside rule.

Currently, 8 countries and over 20 teams spread over 50, over 60 and over 70 male and over 40 women categories are registered for the World Championships in Florence; The number could have been greater, but unfortunately the war in Ukraine was a limited participation. The matches will be held in the province of Florence (‘Innocenti’ Asd Sestese Calcio in Sesto Fiorentino, the ‘E.Boschi’ Upd Isolotto sports facility in Florence) and in the province of Siena (in the Gs San Miniato sports centre).

The opening and closing ceremonies and final matches of the CTF will take place in Coverciano, the institutional home of the 11-player national football teams.

“We are particularly proud to be able to host this edition of the World Championships – Commissioner Gocheon emphasized that our city continues to welcome important events. We haven’t stopped even because of the pandemic.” Member of the council – unknown for sure but, also given the increasing age of sport, it will become more and more an important activity even in Florence.”

All news from Florence