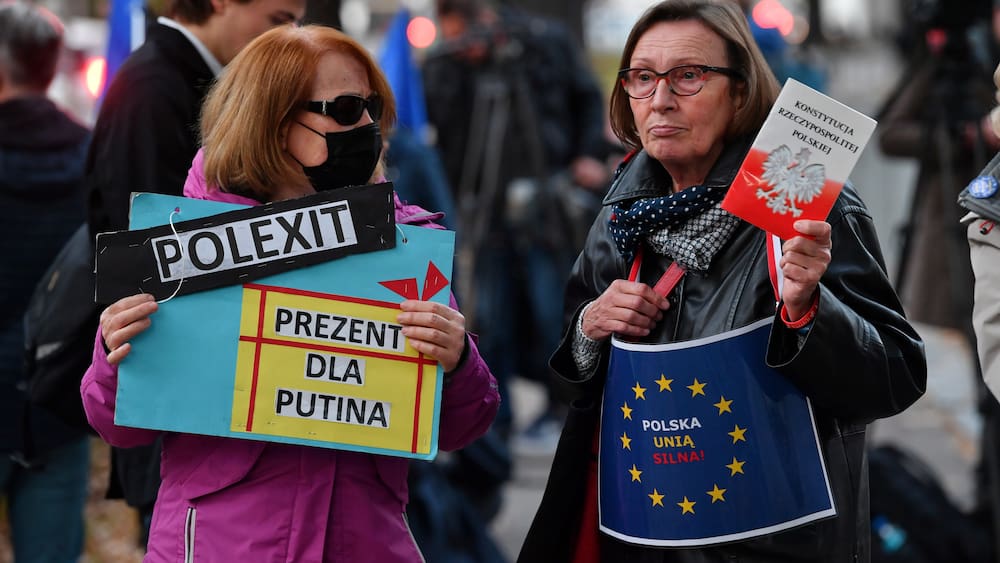 EU Commission President Ursula van der Leyen wants to respond in all possible ways to the verdict of the Polish Constitutional Court. Because the Poles decided: their federal constitution takes precedence over EU law. Brussels does not want to deal with it.

“I am very concerned about yesterday’s verdict of the Polish Constitutional Court,” the German politician said in a statement on Friday. You have instructed the services of the Brussels Authority to analyze the judgment thoroughly and expeditiously. Based on this, the next steps will be decided.

What happened? In one Judgment from Thursday Defenders of the Polish Constitution have declared that the essential parts of the European Treaty are not in accordance with the Polish Constitution. Polish law should generally take precedence over EU law. Any attempt by the European Court of Justice (ECJ) to intervene in the Polish judiciary violates the rule that “sovereignty is protected in the process of European integration”.

So Poland is embroiled in a big fight with the EU. The same goal in Switzerland Attempt to self-determination The SVP wanted to put the validity of Swiss law before the verdict of foreign EU judges. The initiative was rejected in 2018 by people and regions.

“We will use all our powers”

But you see it very differently in Brussels. After observing the Polish ruling, Van der Leyen stressed that in accordance with EU treaties, all judgments of the European Court of Justice are binding on the authorities and courts of the member states. “EU law takes precedence over national law, including constitutional provisions.” All EU countries have dedicated themselves as members of the EU. “We will use all the powers we have under the agreements to ensure this.”

What action the Brussels authority can take now, both van der Leyen and a spokesman opened on Friday. For example, it is conceivable that the so-called violation would start with further complaints before the European Court of Justice and ultimately with financial sanctions.

The Polish Constitutional Court on Thursday evening ruled that certain sections of EU law are inconsistent with the Polish constitution. This fundamental decision calls into question a cornerstone of the European legal community. However, the conflict is unlikely to end in a “Polexit”, meaning that Poland will leave the EU, as Great Britain has shown. A clear majority of the Polish people continue to support membership in the Union. (SDA / ct)